When we think of historical places which date back thousands of years it's natural to think of the Pyramids, Stonehenge or the ruins of ancient Mesopotamia. Yet Scotland's Orkney region - an archipelago made up of over 70 islands - boasts some of the very best Neolithic sites on the planet. With some dating back over 5,000 years, these eye-opening ancient constructions might just nudge a lot of people to redefine their perceptions of ancient civilization. Indeed, Orkney is now recognized by UNESCO as having a vital collection of prehistoric cultural sites.

So, to get you thinking all-things-Stone-Age, we here at Historvius have picked out some of the best of these Neolithic wonders below. You can also find out more about Orkney and explore a full guide to Orkney's historical places. 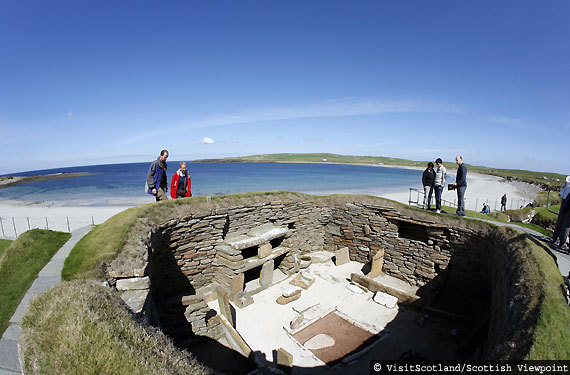 One of the best surviving prehistoric sites in the world, the remains of the Neolithic village at Skara Brae date back over 5,000 years. Still amazingly well preserved, visitors can explore this prehistoric village as well as touring reconstructions and an interactive visitor center, which brings the Stone Age world into the 21st century. 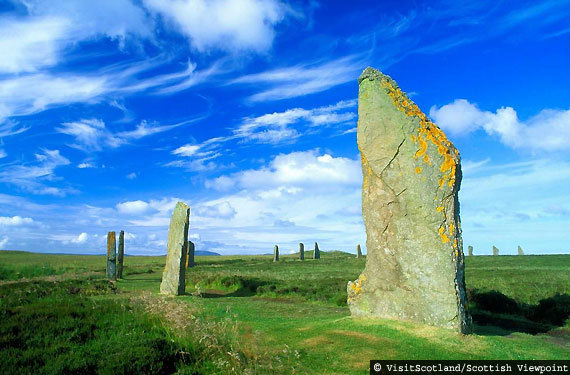 A magnificent stone circle, the Ring of Brodgar was originally made up of 60 massive stones, of which 27 are still standing. One of the largest stone circles in the British Isles, Brodgar is thought to date back at least 4,000 years and would have taken considerable engineering skill to construct. Probably built for ceremonial use, the site is surrounded by a number of prehistoric burial mounds. 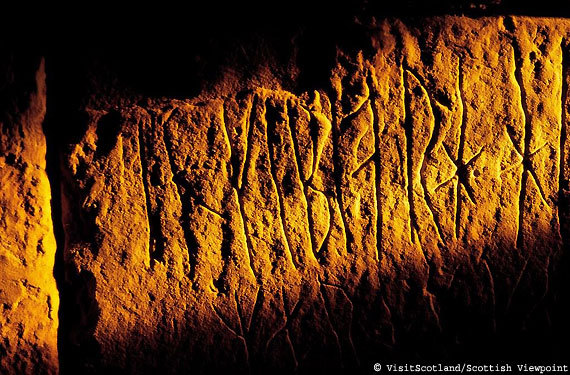 Maeshowe is one of the finest examples of a Stone Age grave site in the world and dates back almost 5,000 years. An astonishing Neolithic burial chamber, it was once looted by Vikings who left their mark in the form of graffiti on the walls. Tourists are advised to plan their visit around sunset, when the sunlight floods the main passageway and the chamber within. 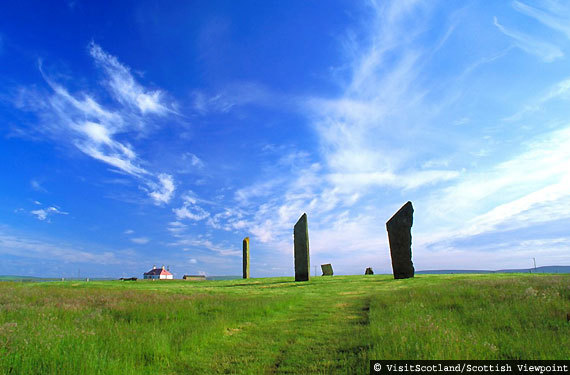 Believed to be among the oldest - if not the oldest - of Britain's standing stone circles, the stones of Stenness may be as much as 5,500 years old. Only four of the original twelve stones still stand but other markers and an outer ditch give a glimpse as to the original site's huge oval construction.

The Tomb of Eagles 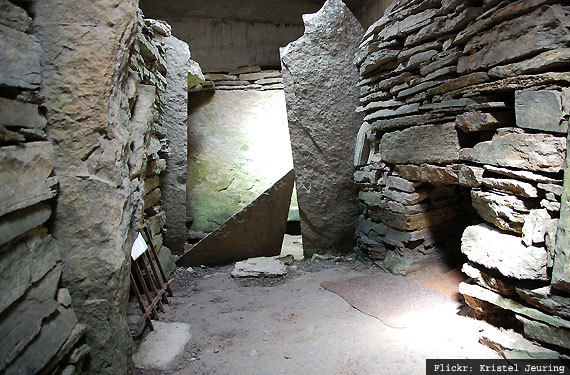 The Tomb of Eagles is an impressive Stone Age burial chamber dating back around 5,000 years. When it was discovered by a local farmer in 1958 the tomb was found to contain almost 16,000 human bones alongside seventy talons from white-tailed sea eagles, which lend the site its name. 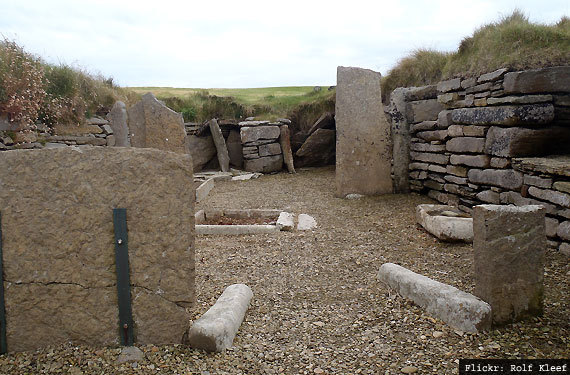 The Knap of Howar contains a number of well-preserved dwellings which were originally home to Neolithic farmers. Thought to rank among the oldest standing houses in Europe, the site dates back over 5,000 years. 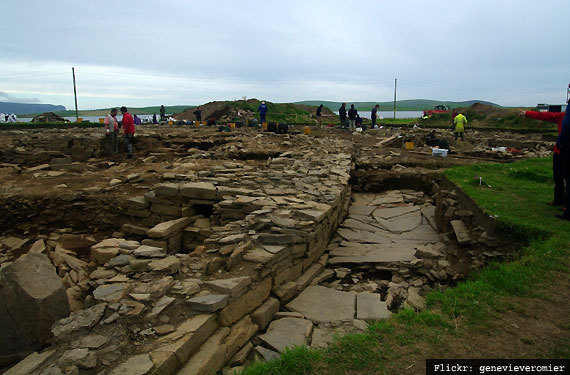 Regarded as one of the most important Neolithic excavations in the world, the Ness of Brodgar is an intriguing archaeological site in Orkney. Among other elements discovered here, the excavations have revealed a Stone Age temple complex. Visitors can witness the excavation first-hand as the dig is open to the public for a few weeks each summer. 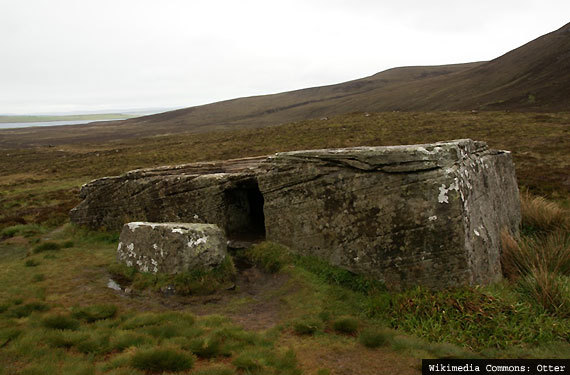 The Dwarfie Stane is an immense sandstone block which was hollowed out over 5,000 years ago to form a sizable rock cut tomb. Visitors must crouch through the small opening to venture in to the chambers within, which also contain some interesting Victorian-era graffiti. 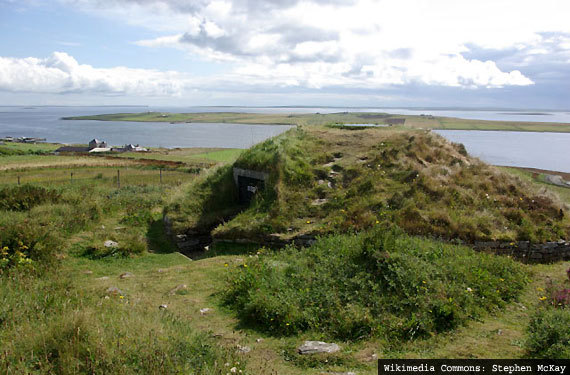 Another of Orkney's Neolithic cairns, the Taversoe Tuick dates to around 3000 BC and is notable for its two-story structure. Inside the burial mound visitors can discover the impressive stone construction which makes up the site and can explore both the upper and lower chambers.

Historvius helps you find the greatest historic sites in the world along with hidden gems ignored by the masses.