How much do you know about sperm cells? You know guys make a lot of them--but how many? You know they're small--but how small? You know sperm cells swim their way to an egg cell--but with no brains, how in the heck do they know which way to go?

See, men and women, there's a lot about sperm you just don't know. Lucky for you, we've found answers to nine big questions about the amazing little wrigglers. Keep reading to up your sperm I.Q...

How many sperm cells are released when a guy ejaculates? Sperm counts vary from about 20 million to 100 million sperm cells per milliliter of ejaculate. Healthy guys produce from 1.5 ml to 5 ml of semen each time they ejaculate.

How big are sperm cells? From head to tail, human sperm cells measure about 50 micrometers (0.05 millimeter, or roughly 0.002 inch). The tiniest object you can see with your unaided eyes is about 0.1 mm--so forget about seeing sperm without a microscope. A human egg is about 30 times bigger--large enough to be seen with the naked eye.

What are the parts of a sperm cell? At one time, people believed that sperm cells contained tiny individuals known as homunculi or animalcules. Now we know that sperm contain not little people but DNA. And we know that sperm cells are made of three basic parts: the head (which contains the genetic material), a middle section (packed with mitochondria that provide energy for the tail), and the tail itself (flagellum). 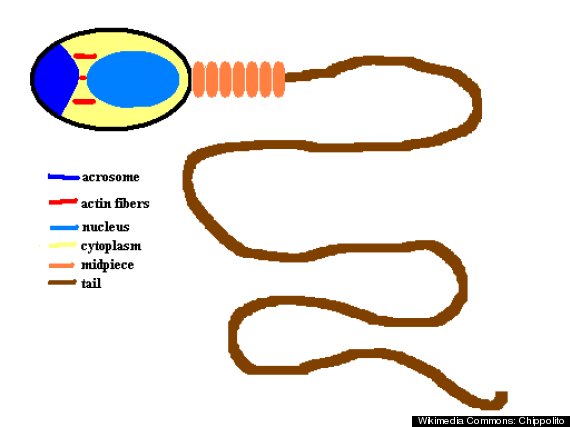 How fast do sperm swim? Sperm cells swim about 0.2 metres per hour, or about 8 inches. That's a lot faster than it sounds, considering how tiny they are!

How do sperm know where to go? Scientists believe sperm cells find a waiting egg cell via a couple of complex mechanisms. They swim toward higher concentrations of molecules released by the egg (known as chemotaxis) and toward the high-temperature areas of the woman's reproductive tract, where eggs are found (known as thermotaxis).

Who discovered sperm cells? That would be Antonie van Leeuwenhoek (1632-1723). The amateur Dutch scientist and prolific lensmaker first observed sperm cells in 1677. Whose sperm was it? His own. Van Leeuwenhoek was also the first to observe bacteria, muscle fibers, and the flow of blood cells through capillaries. No wonder he's been called the "father of microbiology." 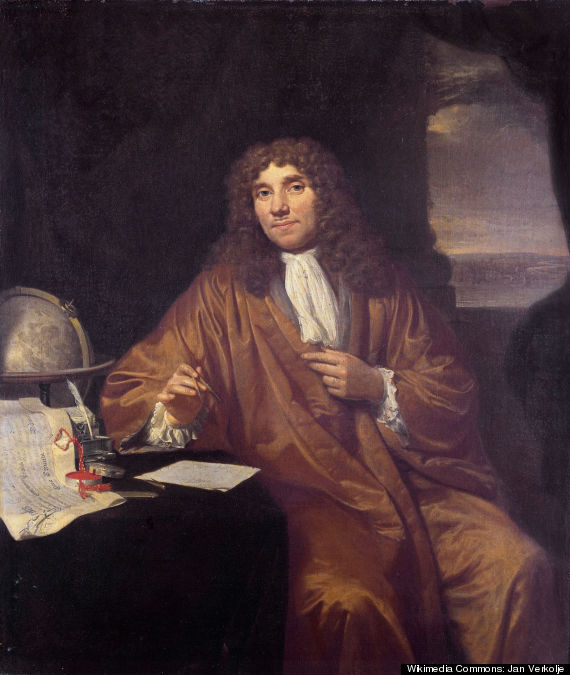 How long can sperm cells live? That depends. Inside a woman's reproductive tract, a man's sperm can survive for up to five days. Sperm deposited outside the body might live at most a few hours.

What happens to sperm cells that don't get ejaculated? Old sperm are simply resorbed by the man's body.

Is it true that sperm counts are declining? That’s hard to say. A widely reported 1992 study showed that sperm counts fell by 50 percent between 1938 and 1990—falling from 113 million sperm per milliliter of seminal fluid to 66 million/ml. But subsequent studies raised questions about the validity of that finding. Some more recent studies suggest there really is a decline, but others suggest that sperm counts have remained stable.