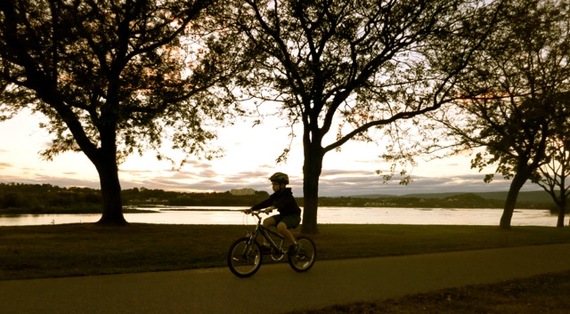 Oftentimes, Harrisburg, Pennsylvania seems like the forgotten, invisible city between Philadelphia and Pittsburgh. But it shouldn't be. With one of the country's most magnificent public buildings, a compelling (and interactive) tribute to our enlisted men and women, and a bit of controversial history, Harrisburg and Carlisle are worth a few days to explore. Make sure to see the following, but for more "offbeat" escapes in the Northeast, consult the Getaway Mavens. 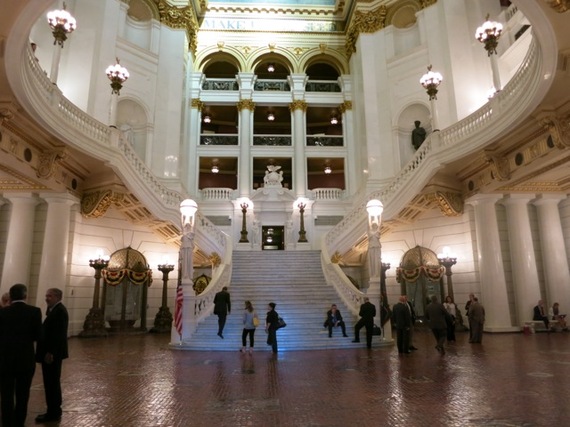 1. Tour The Pennsylvania State Capitol in Harrisburg. Just walking into the rotunda will take your breath away. Architect Joseph Huston envisioned Pennsylvania's Capitol building as a "Palace of Art" and that's what he delivered. Overwhelming in size and in the sheer quantity of unique details, the craftsmanship is an epiphany. When Teddy Roosevelt dedicated the Pennsylvania State House on Oct. 4, 1906, he called it "The handsomest building I ever saw" and it still stands up to that superlative. It should be on everyone's list as one of the most magnificent buildings in the country. 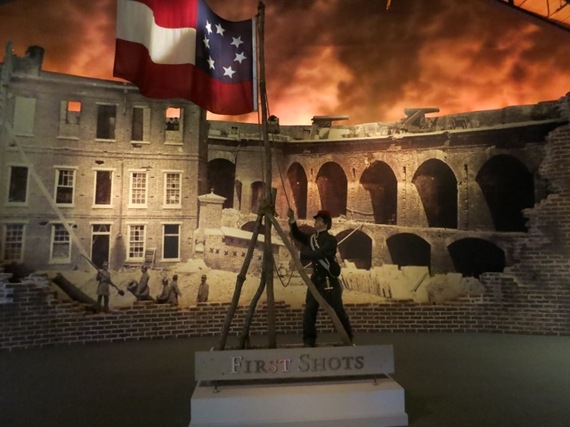 2. Watch President Franklin D. Roosevelt address elderly Civil War vets at the 75th Anniversary of the War in 1938 at the National Civil War Museum. Running on a loop on a small television, the newsreel captures the last of the men, at that point in their '90s, who fought America's last war on our home-turf. This Smithsonian Affiliate tells the story of our country's divisive war from both sides - Union and Confederate. "A house divided against itself cannot stand," stated President Lincoln, and The National Civil War Museum does an excellent job depicting the human costs of the conflict through multi-media dioramas, rare artifacts and engrossing displays. Plan to spend at least an hour. 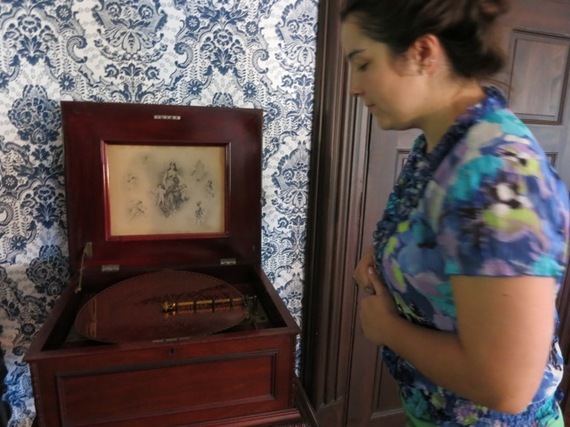 3. If you want to be schooled in quirky Victorian artifacts and rituals, take an incredibly entertaining 45-minute guided tour through Fort Hunter Mansion, set on the Susquehanna River. Billed as a "Museum of the Victorian Age," you'll see zinc bathing tubs, rare copper-disc music boxes and the creepiest dolls this side of Bride of Chucky. 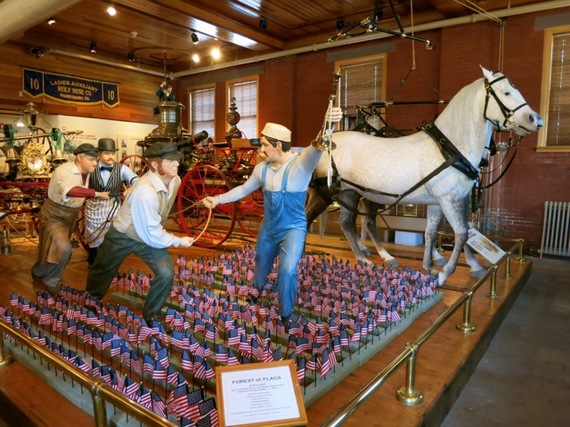 4. Walk in to the old Reily Hose Co. No. 10, now the Pennsylvania National Fire Museum and say hello to Bert and Charlie, fabrications of the real horses that used to pull the fire wagon. Volunteer members of the museum claim, "Give us 90 minutes and well give you the history of the fire service from 1790 to the present." And what a fun 90 minutes it is. Operating from 1899 until 1980, the fire station opened as this terrific museum in 1995 and has been thrilling visitors with its interpretation of Victorian-era firefighting, complete with sound effects, ever since. 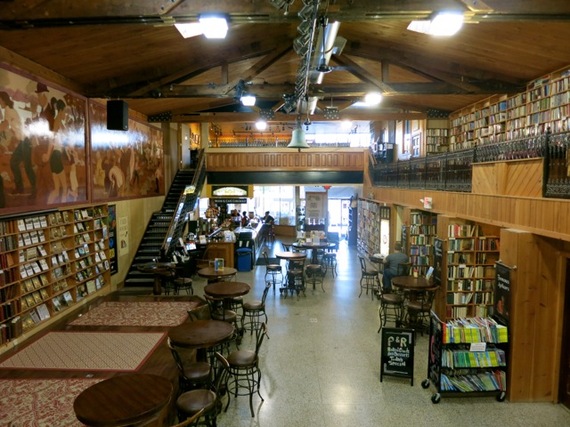 5. Wander through 15,000 sq feet of stacks containing over 100,000 books on several floors at Midtown Scholar Bookstore. One of America's largest used academic bookstores, The New York Times called visiting here "nearly a religious experience." The place is so huge and labyrinthine, the maze of a basement goes on and on, extending right beneath the street. It's also a café, performance space and preferred meeting spot for book-clubs. 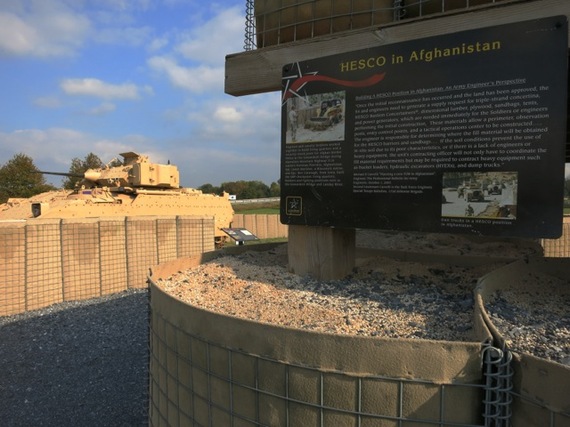 6. Try your hand at parachuting 700 ft. into enemy territory via a cool interactive simulation, imagine you're at the controls of a Vietnam-era Huey helicopter, listen to messages from US Soldiers in Iraq that were left on loved-ones' answering machines (one from a woman who couldn't believe that she was standing in Sadam Hussein's bedroom) - all at the phenomenal US Army Heritage and Education Center about 20 minutes from Harrisburg, in Carlisle PA. The museum is terrific on its own, but this tribute to our soldiers also features a mile long Heritage Trail outside, with recreations of military sites from Colonial to present times. You'll find WWII barracks, Civil War winter cabins, a Revolutionary War "redoubt," an extensive, maze-like trench system from WWI and much more. It will take a couple of hours to walk the trail and explore the museum, so plan accordingly. 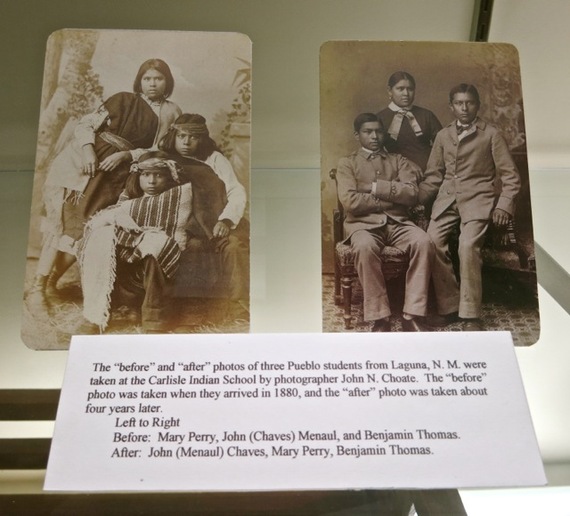 7. See the largest collection of Wilheim Schimmel, a local imbiber who became the embodiment of folk art in the United States, at the Cumberland County Historical Society in Carlisle, an excellent, little known museum. Also on exhibit are objects and mementos from the Carlisle Industrial Indian School, a local institution (and alma matter of Olympic great, Jim Thorpe), established in 1879 (and in operation until 1918), to assimilate over 10,000 Native American kids into White Society. 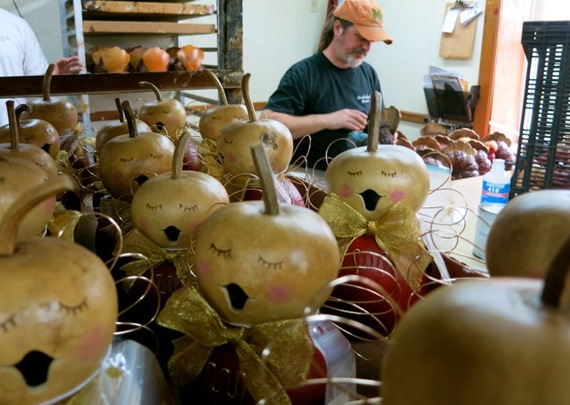 8. Tour Meadowbrooke Gourds in Carlisle. Cleaning out the insides of gourds is such a yucky process, it was featured on the hit TV show, Dirty Jobs. If you're into adorable holiday handiwork, you've probably received catalogs from this hardshell-gourd crafting company. Come to Meadowbrooke's 200-acre farm in Carlisle, to see the whole gourd-crafting process from ground to store. The tour takes you from the drying sheds to cleaning tanks, de-seeding room to the workshops of craftsmen and women who shape gourds into angels and Santa's and other rotund beings. 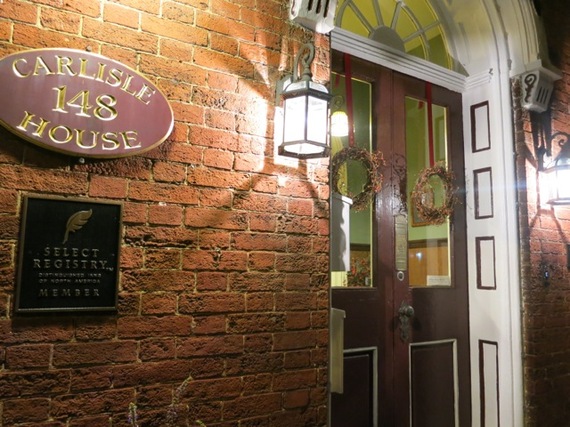 9. Stay at the only in-town luxury inn with its own EV charging station. Yes, the Carlisle House is not only crystal-chandelier-pretty and delectable-breakfast yummy, but it's got the only Electric Car plug within fifteen miles (and the only lodging with one in the region). That's not the only reason people should stay at Carlisle House, but it's often the way that travelers discover it.