As many Americans fall into poverty and the global economy spirals downward, the U.S. is spending more on the military than ever before. Each U.S. taxpayer spends twice as much for the cost of national defense as each British citizen; five times as much as each German; and six times as much as each Japanese. Nevertheless, there is no sign that American security has been enhanced or that the international community has become more stable as a result. President Dwight Eisenhower prophetically warned, moreover, that military demands on American spending would become a "cross of iron" that would limit spending on domestic needs.

In my new book National Insecurity: The Cost of American Militarism (City Lights, $19.95), I discuss the growth of the U.S. military economy from President Eisenhower's farewell warning to Obama's expansion of the military's power, and offer a plan for how to alter our defense policies, practices and spending.

At the end of the Cold War, Pentagon planners demanded a continuation of the high levels of spending that existed during the Cold War, much of which had been based on an exaggerated Soviet threat. The threat of international terrorism and "Islamo-terrorism," as well as the exaggerated threat from China now feeds the military machine. If we don't rethink our national security commitments and objectives, there will be no end to this inflated spending. Columbia University Professor Richard Betts observed several years ago that, "Washington opened the sluice gates of military spending after the 9/11 attacks not because it was the appropriate thing to do strategically but because it was something the country could do when something had to be done."

It is time to end the excessive funding of the military and military industry. Over the past decade, the profits of the five largest defense contractors have "increased by a whopping 450%," according to Larry Korb, senior fellow at the Center for American Progress. Walter Pincus of the Washington Post has called for an excess-profits tax on defense contractors while we have troops fighting overseas.

The factors that drive costs are obvious and need to be addressed. The military is too large, its mission too great, and its demand for resources too intense. Costs for modernization are skyrocketing. The amount spent on procurement of military weapons as well as research and development totals more than $50 billion--more than the total defense budget of all by a few nations. The United States has nearly 1,000 overseas bases and facilities, many of them in regions that no longer require a major U.S. presence, such as Europe, or are opposed to a large U.S. presence, such as the Middle East and the Persian Gulf.

During his farewell tour in 2011, former Secretary of Defense Robert Gates inadvertently offered the best reason for reducing defense spending: "A smaller military will be able to go fewer places and do fewer things." A smaller military would also permit greater control over the spiraling debt crisis and greater spending on dire domestic needs. The nation's budget deficit and divided government have reduced President Obama's domestic program to one of few ideas and small policy proposals. It is certainly time for the government to stop issuing blank checks to the Pentagon for the planning and procurement of costly and unneeded weapons systems and to end the militarization of our national security policy.

By reducing our military budget, we will better position the U.S. globally, and enhance prosperity and security at home. Here I offer nine specific ways to cut defense spending: 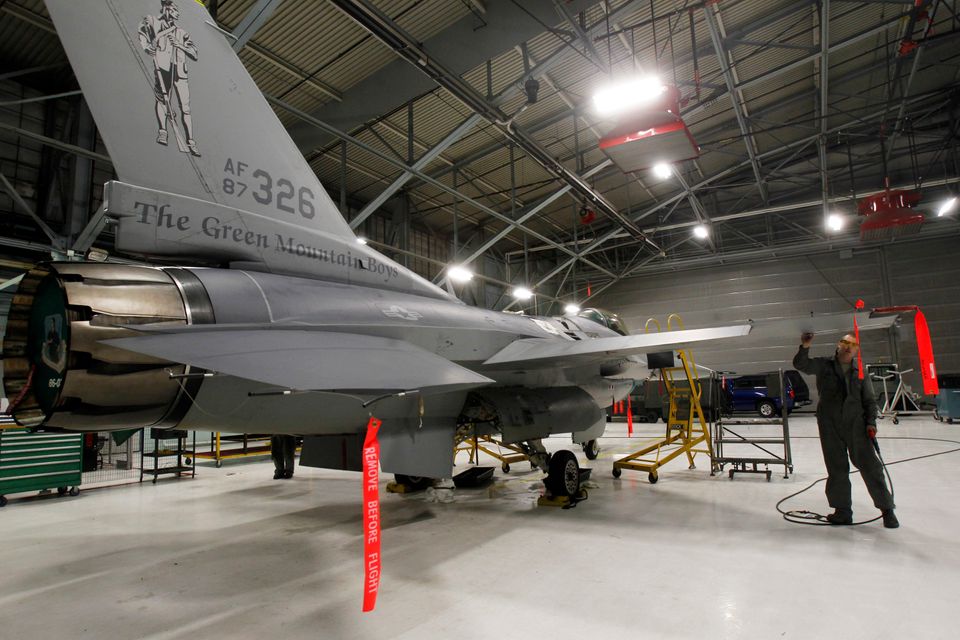 1 / 9
1) Reduce the Air Force
The excessive spending on the Air Force is the most wasteful of all military expenditures. The United States has not been threatened by air power in nearly 70 years, and the U.S. Air Force holds an advantage over any combination of air powers. The Air Force spent billions of dollars on advanced aircraft, such as the B-1 bomber and the F-22 fighter, that were never deployed in Iraq or Afghanistan or any other combat zone. When the final F-22 rolled off of Lockheed Martin's assembly line in December 2011, its costs to the nation was $153 million—more than four times the estimated cost in 1988 of $35 million per plane. Lockheed Martin has essentially coopted congressional support by giving 47 states a role in the production of the F-22. The military-industrial complex understands that Congress views the F-22 (and other major platforms) as jobs programs for their constituents, rather than as defense necessities. The ability of U.S fighter aircraft to deliver highly accurate guided weapons, in fact, significantly reduces the number of aircraft needed as well as the number of required combat sorties. The Pentagon, nevertheless, has consistently exaggerated the capabilities of Russian and Chinese air defense forces, the only two serious air defense systems. (AP Photo/Toby Talbot)
AP