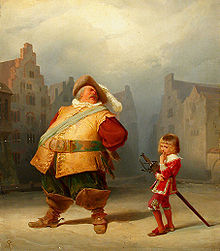 Remember ninnies and sissies and the good old days when a certain kind of kid in your high school came equipped with a leather pencil and pen holder strapped to his belt? You might have called him a doofus, but because he or she usually had brains they became nerds. However, of all these growingly obsolete epithets, ninny is the most pregnant. Merriam Webster defines a ninny as "a foolish or stupid person," but the etymology that's cited usually derives from "innocent." One would guess that the "inn" at the beginning of "innocent" picked up an "n" along the way, dropping the "ocent" and adding a "y." But ninny is the kind of word that's almost onomatopoeic, to the extent that ninnies often act the way they sound which is like nincompoops. But ninnies were really creatures of their time. You don't find too many ninnies today. They're a dying breed. In the old days people who behaved like ninnies were rather harmless. They were the kids at the high school prom who sat on the sidelines with goofy expressions on their faces. Today many of the socially challenged individuals who might have fallen into the class of ninnies have become empowered, by drugs, automatic weapons, and radical ideologies. Once a ninny becomes proud of his or her uselessness, he or she tends to become truculent, turning what in some cases might be congenital ineptitude into an ideology. Were Russian anarchists like Herzen and Bakunin, the eponymous ninnies? Those ninnies who gravitated to drugs instead of politics often became heroin addicts who then did their postgraduate work at methadone clinics. Methadone addicts often lack volume control and if you live near a methadone clinic you can see them swaggering along the streets, calling out loudly to each other, as if no one else were there. The behavior of a chronic methadone abuser is probably the closest thing to an old-fashioned ninny, though there are always clueless individuals caught up in a maelstrom of professional jargon who can usually fit the bill.