CAIRO (AP) — Across the Middle East and elsewhere, some conservative Muslim women only look out at the world around them from behind the niqab.

For most, the niqab is a choice. They do so out of their own interpretation of the Quran and the hadith, a collection of traditions and anecdotes about the Prophet Muhammad, believing that a woman's body should be covered out of modesty.

As a photographer for The Associated Press, I travel across the Middle East and often see women wearing the niqab. Back home in Lebanon, how a woman dresses remains a personal choice, as some wear bikinis out to the beach, while other Muslims wear head scarves or the niqab.

But with the rise of the extremist Islamic State group in neighboring Syria and Iraq, the militants have forced women in areas under their control to wear the niqab. Penalties for disobeying them can be incredibly harsh — even death.

That means those women now see the world differently than they did before. A niqab is a veil that entirely covers the face or only has a small, slit-like opening for the eyes, changing the way a woman wearing one views life around her. Women also have to lift them up slightly to be able to eat or drink anything.

In my travels, I decided to begin shooting images through a full niqab to offer a glimpse of what it must be like to look through them. In my hometown of Beirut, I shot pictures of its famous corniche that way, the bright colors of the Mediterranean dimmed through it. The same happened at the Giza pyramids in Egypt, where a sunny blue sky grew dark.

Despite that, some women say they welcome the anonymity and protection from harassment the niqab offers.

Here are a series of AP photographs I shot of life viewed through the niqab across the Middle East. 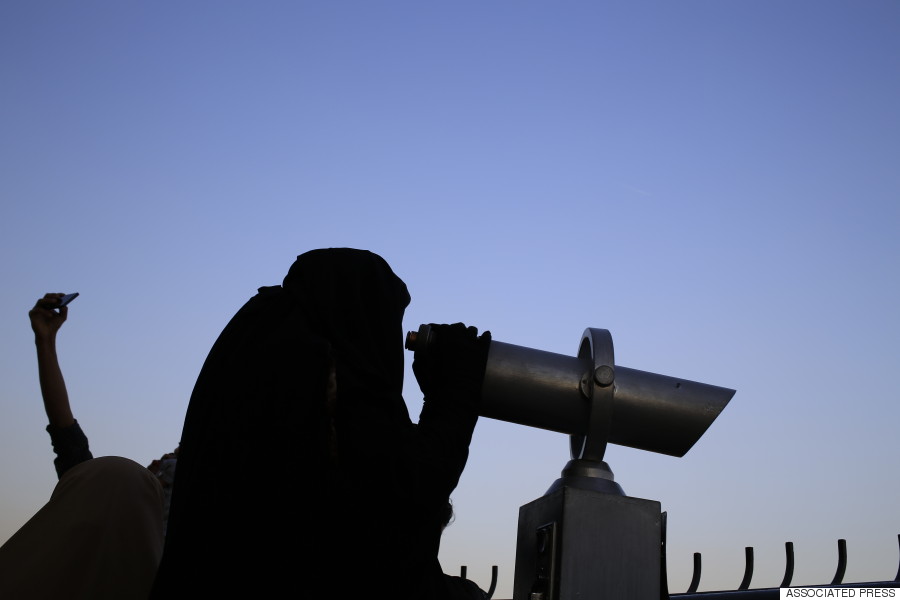 An Egyptian woman looking through a telescope on the observation deck of the Cairo Tower in the Zamalek district in Cairo, Egypt. 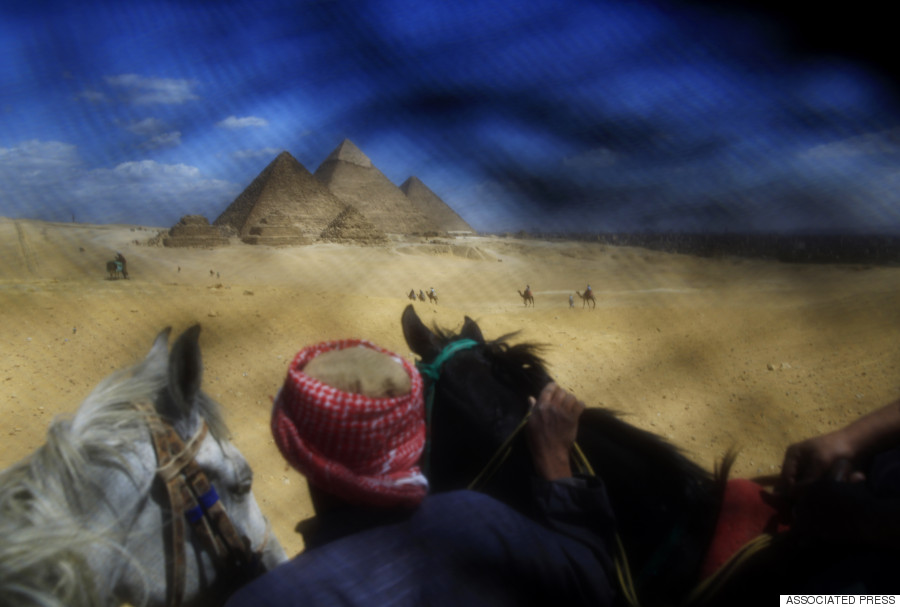 A man leading tourists riding horses at the historical site of the Giza Pyramids near Cairo. 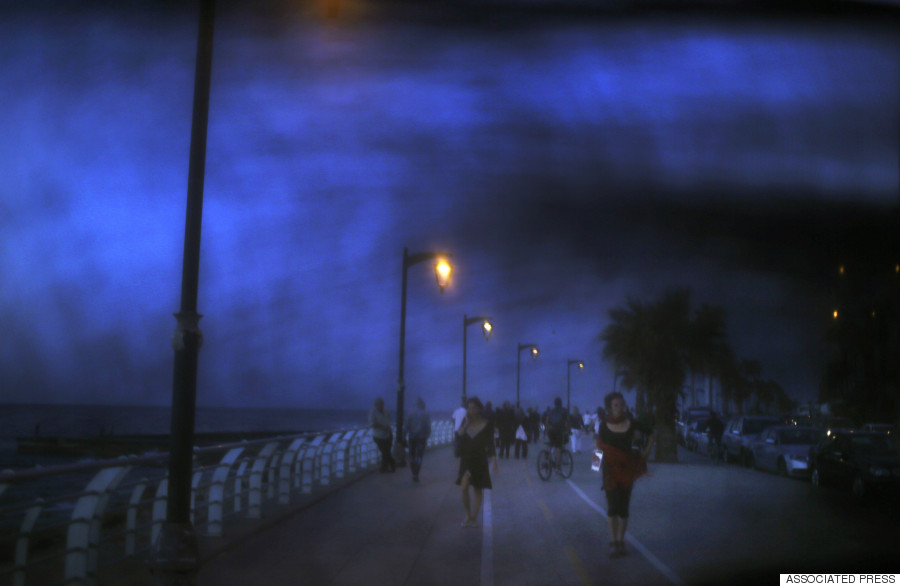 Women walking on the Corniche, or waterfront promenade in Beirut, Lebanon.
Advertisement 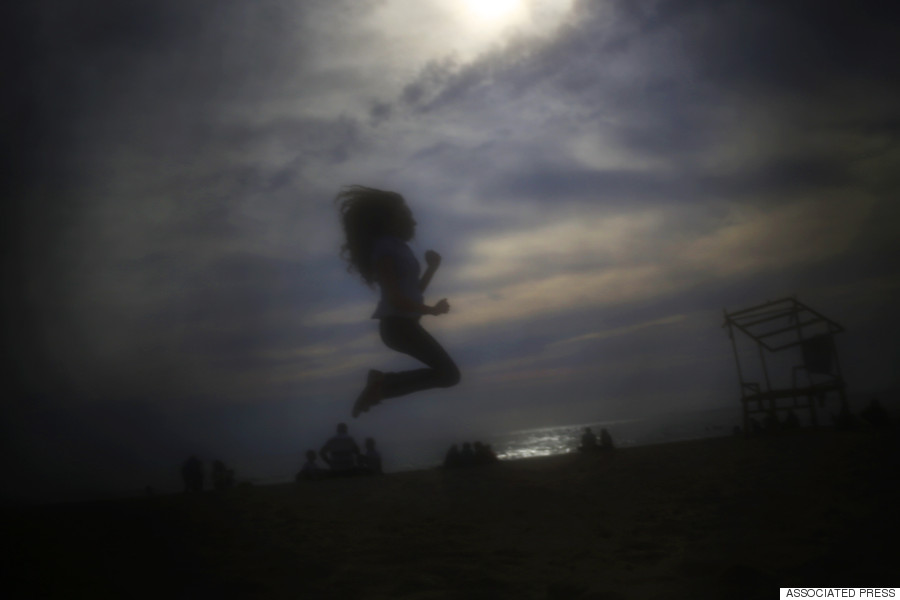 A girl jumping at the public beach of Ramlet al Bayda in Beirut, Lebanon. 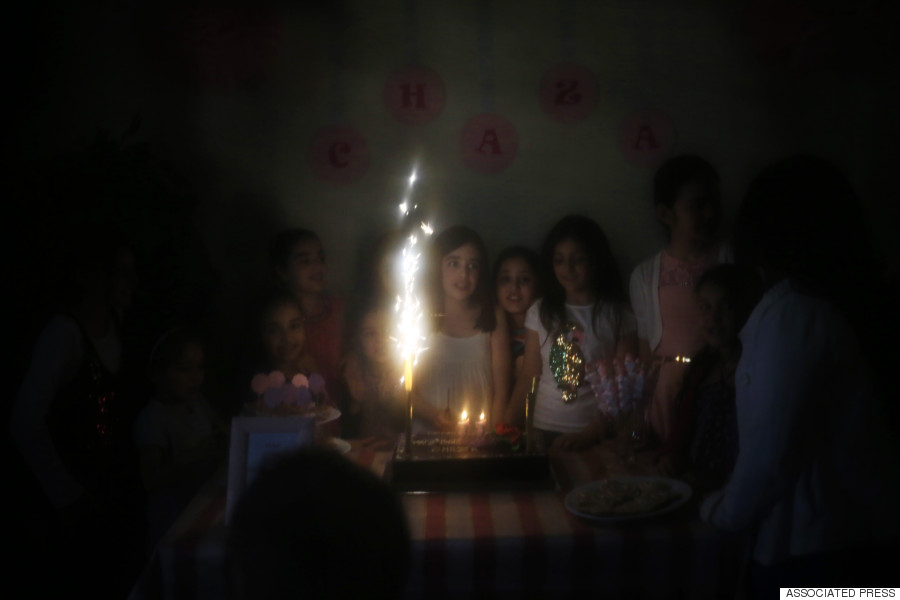 Girls celebrating a birthday at a home in Beirut, Lebanon. 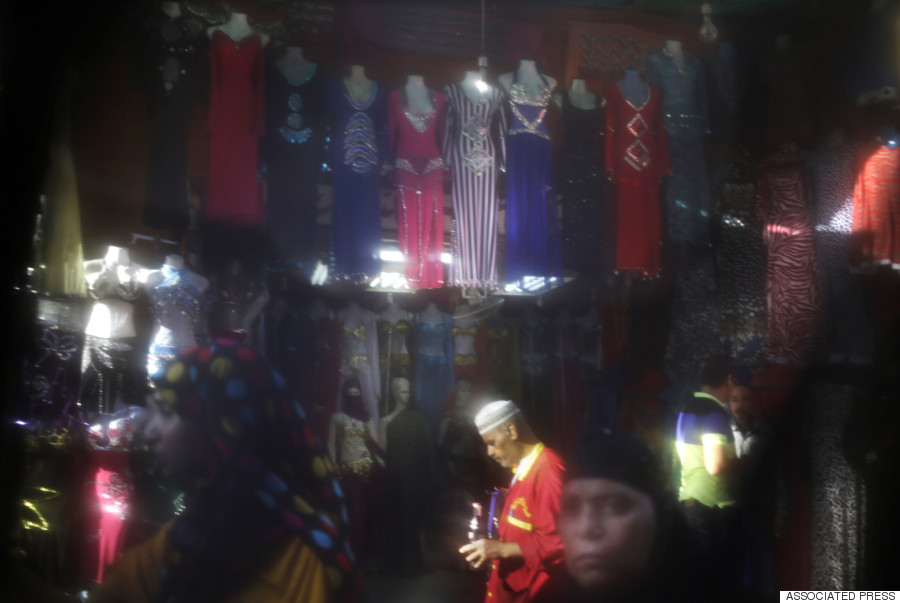 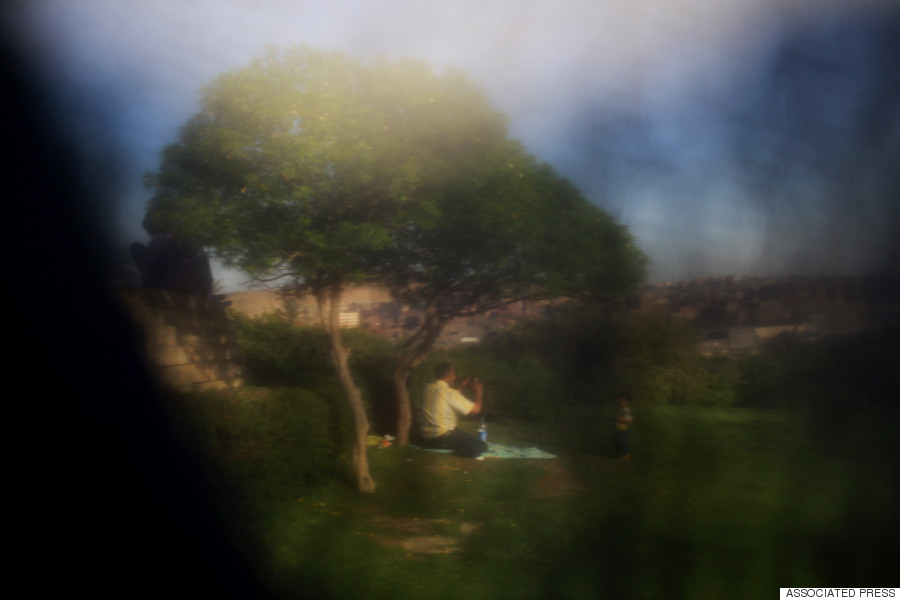 A father taking the photograph of his son at Al-Azhar Park, one of the bustling city's few public parks, in Cairo, Egypt. 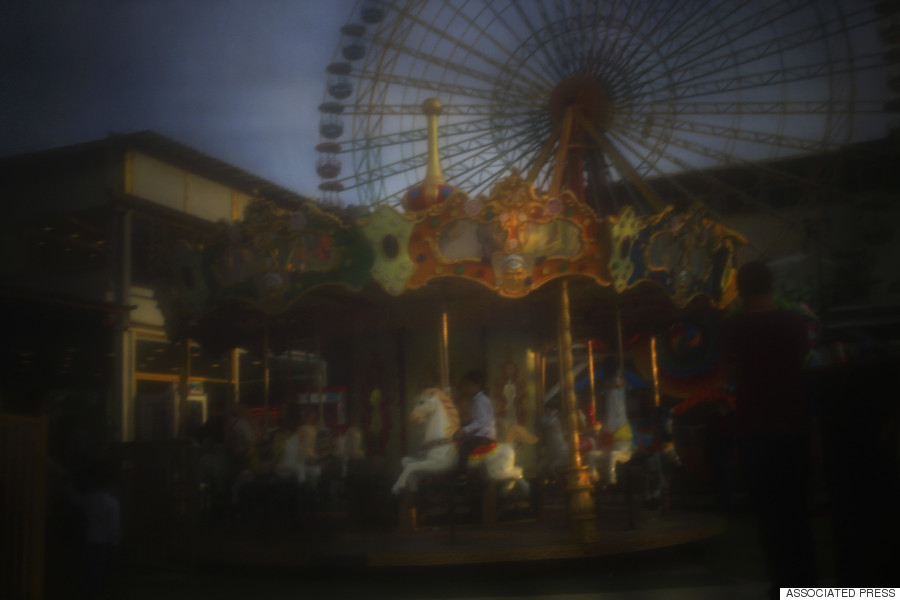 Children riding the merry-go-round at a park in Beirut, Lebanon. 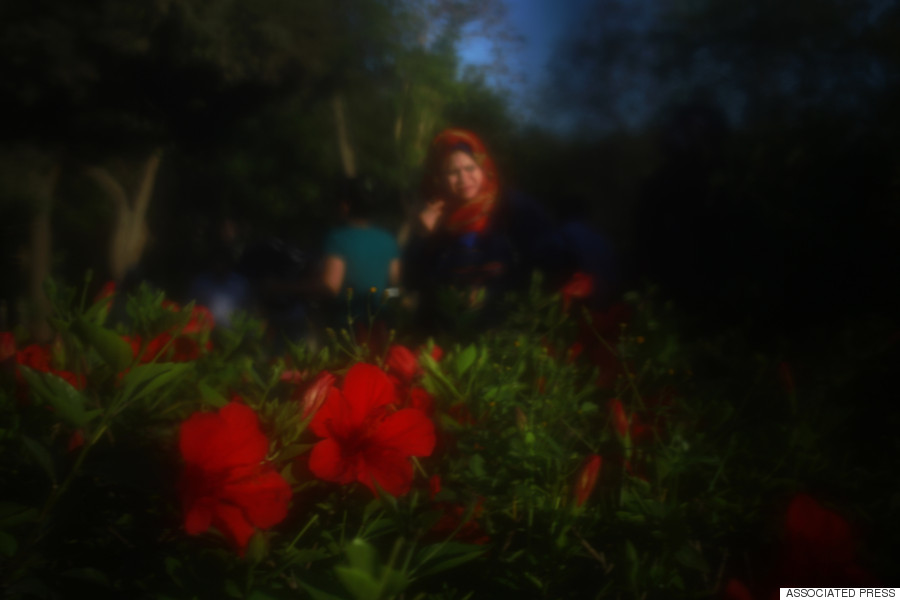 A woman walking at Al-Azhar Park, one of the bustling city's few public, in Cairo, Egypt. 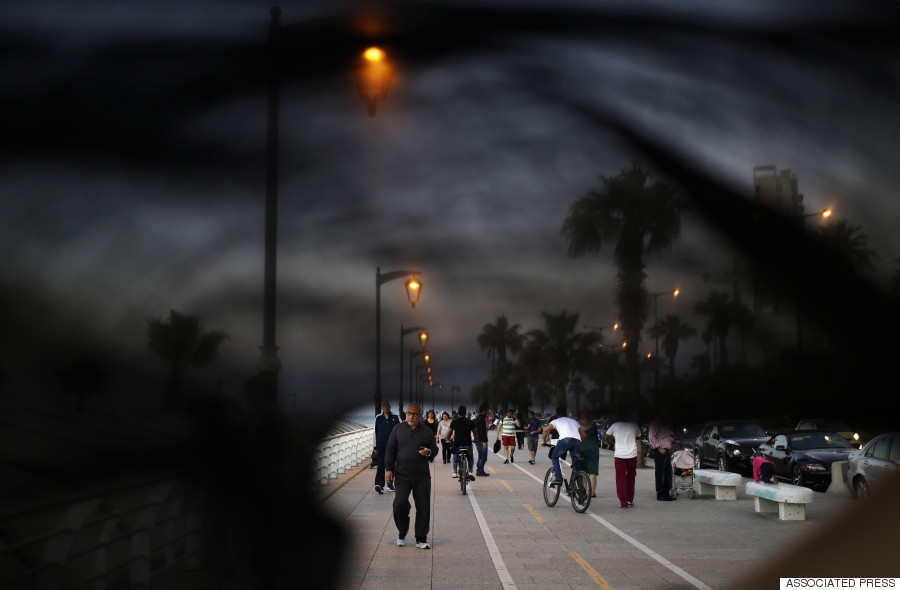 Lebanese citizens walking on the Corniche, or waterfront promenade in Beirut, Lebanon.
Advertisement 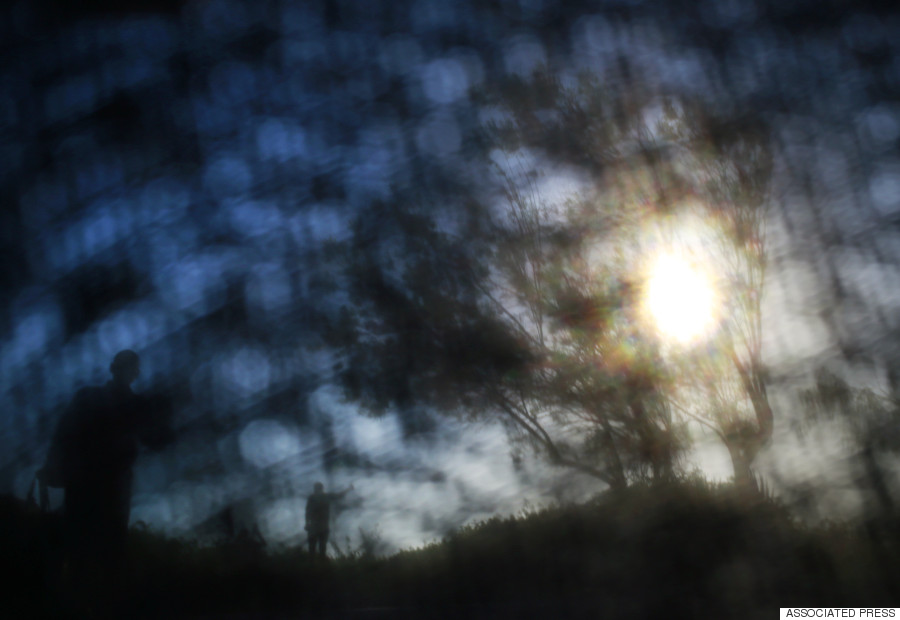 People at Al-Azhar Park, one of the bustling city's few public parks, as the sun sets in Cairo, Egypt. 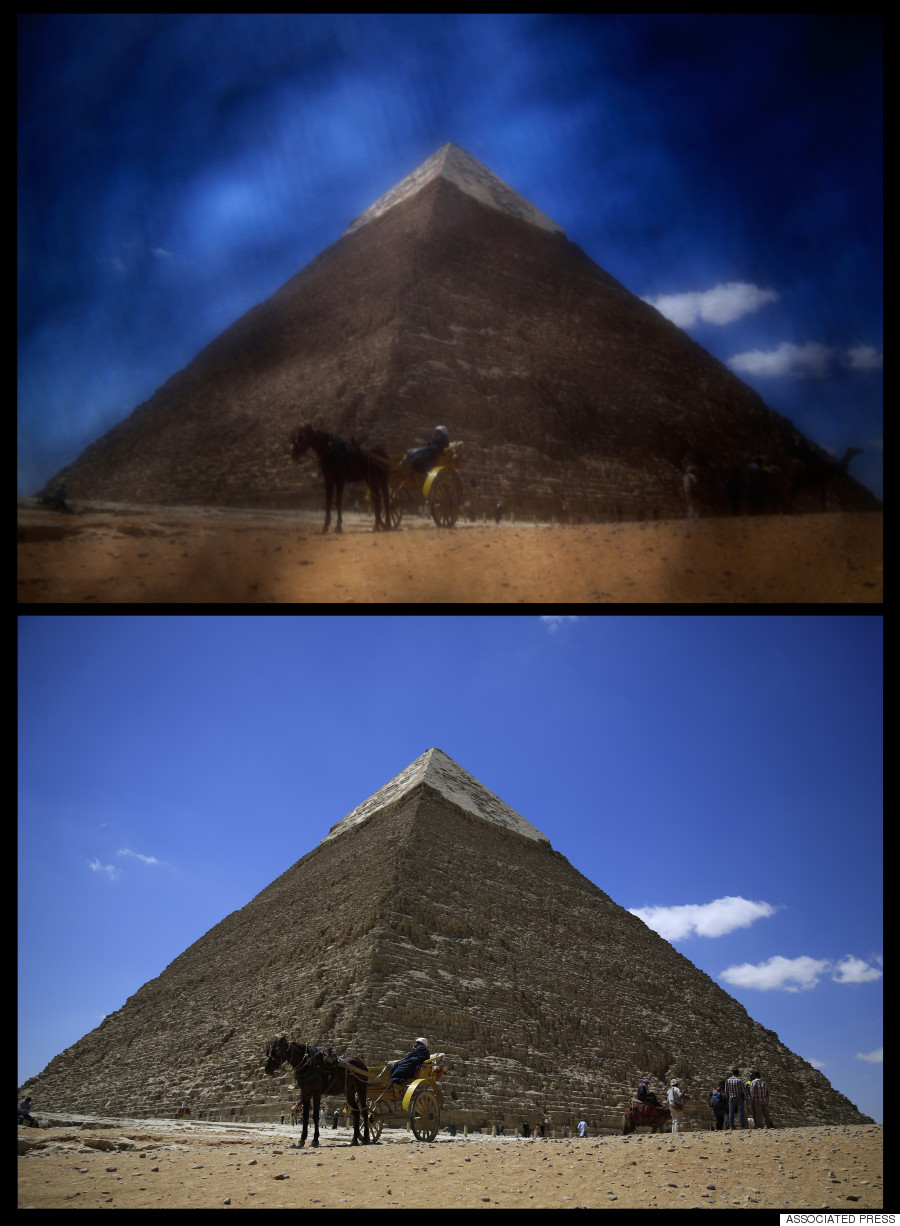 An Egyptian guide waiting for tourists at the historical site of the Giza Pyramids, near Cairo, Egypt. 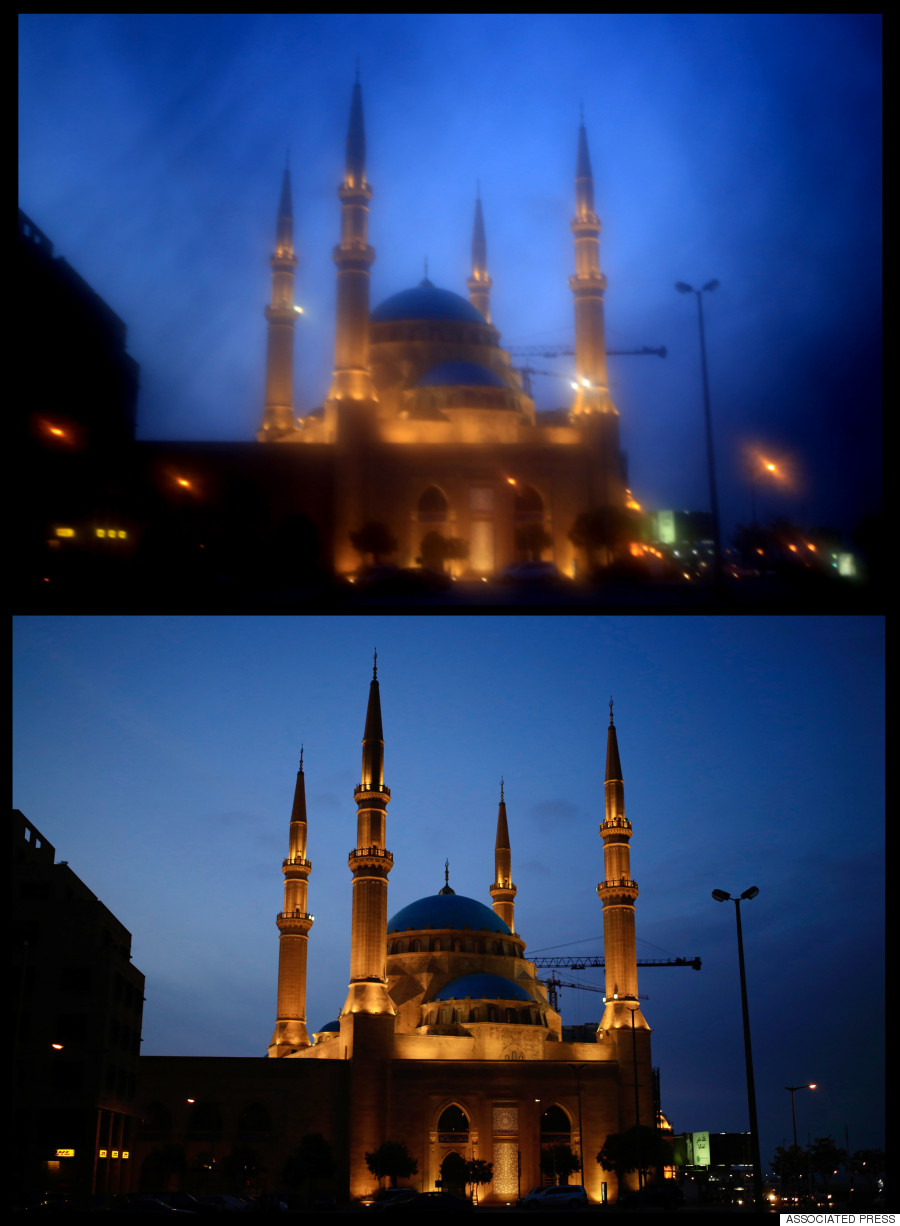 In this combination of two photos taken on Sunday, May 3, 2015 show the Muhammad al-Amin Mosque, in downtown Beirut, Lebanon. The photo, top, was shot through the lowered veil of a niqab.
Download
Calling all HuffPost superfans!
Sign up for membership to become a founding member and help shape HuffPost's next chapter
Join HuffPost

Behind The Niqab: A View From Underneath The Veil Worn By Some Muslim Women
Hijabs, Niqabs, Burqas: Know Your Muslim Veils