Kurt Cobain had a tendency to try and hide what Nirvana was really like. In 1991, he blew off his New York Times interview to promote "Nevermind." Cobain told Spin in 1992, "We lead such boring lives that we start to make up stuff." With Cobain gone and much of the truthfulness of his interviews in question, we must rely on people like Aaron Burckhard in trying to piece together the almost forgotten backstories.

Burckhard was Nirvana's very first drummer (he now drums for the band Under Sin). But as a former member of the band -- from even back in the days when it was called Skid Row, Ted Ed Fred, Pen Cap Chew and Bliss -- he had a few previously unknown tales from when Nirvana was just getting started. To celebrate Cobain's birthday, Feb. 20, The Huffington Post spoke to Burckhard to get the behind-the-scenes stories of what Cobain was like in the early days. 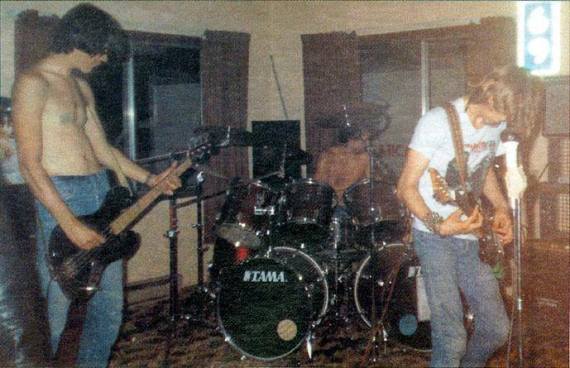 According to Burckhard, Kurt Cobain's first performance ever took place at 17 Nussbaum Road in Raymond, Washington, and as Burckhard told Nirvana News, the whole band was drunk and wild enough to scare the concert-goers to other parts of the house. Burckhard elaborated to HuffPost: 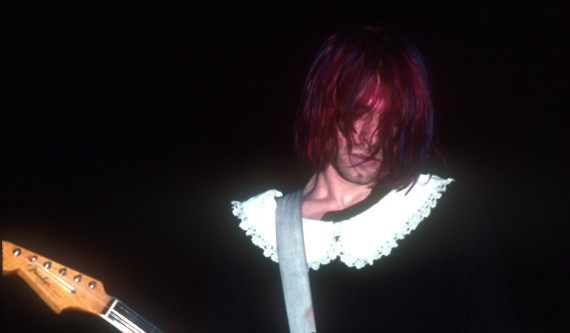 For the Nirvana compilation album "Incesticide," Cobain wrote a note that ended with a plea:

At this point I have a request for our fans. If any of you in any way hate homosexuals, people of different color, or women, please do this one favor for us -- leave us the fuck alone! Don't come to our shows and don't buy our records.

The note finished by expressing Cobain's disgust that two people had allegedly committed rape while singing the lyrics to his song "Polly." Cobain wrote, "I have a hard time carrying on knowing there are plankton like that in our audience."

Cobain was notably good friends with feminist icon Kathleen Hanna, who actually inadvertently gave him the title for the song, "Smells Like Teen Spirit." 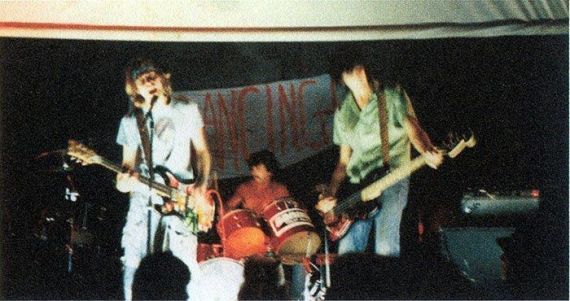 In a 1994 article, Spin mentioned a quote from Kurt Cobain in the Seattle Rocket: "I feel like we've been tagged as illiterate redneck cousin-fucking kids. That's not true at all."

Before they had fully taken off, Nirvana played a show at Hoquiam Eagles Hall in Washington along with Aaron Burckhard's new band, Attica. Burckhard told HuffPost of a joke Cobain pulled before the show:

Right before they were doing their European tour they came down and played a show with us, because we were still friends at that point. And we were playing the Hoquiam Eagles Hall. And I remember watching him pull in and I went down to help him load shit into the elevators so we could take it up to set up. And within the elevator I stand next to him and look over and his neck was all red. He pulled out this lipstick and was like, [affects voice] "I'm a redneck!" But yeah he played the whole show that night [with the lipstick]. He was a redneck.

A 1992 Spin article chronicled the band's tendency to pull pranks:

Real and imagined stories run rampant of tour bus curtains being lit on fire, drunken backstage debaucheries, Grohl giving out Chris Cornell's (actually Sub Pop's) phone number during an on-air interview, their road manager's being questioned in Pittsburgh because of a torched couch in the club, the band inviting hundreds of audience members onstage during a St. Louis show to escape the violent bouncers, and on and on.


Eventually, the pranks would get bigger and bigger as the band achieved more fame and money -- with Krist Novoselic famously trashing multiple hotel rooms with MTV News' Kurt Loder -- but Burckhard told HuffPost of a simpler time, when Nirvana couldn't afford to make too much damage

"Kurt liked Chicken Little's fried chicken. We went through the drive through to get the order and Kurt took electrical tape and he put an upside down cross on the window, so where they'd have to come out of the building to take the tape off," Burckhard recalled. "He'd do weird shit I remember he had a Sister Mary statue out in the yard and he'd whack its head off and put red paint down it. Just odd." 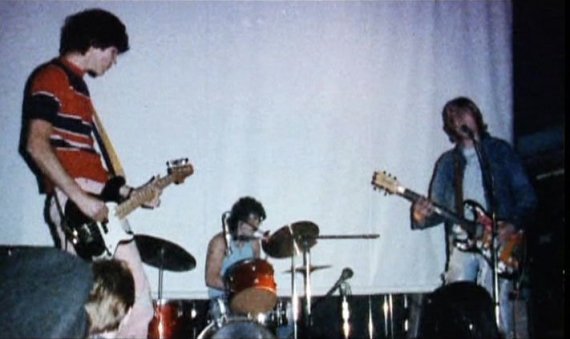 Burckhard told The Andy Derer Show in 2011 that the band would basically get stoned and drink "animal beer" (cheap beer) together at a bridge near Cobain's house. Burckhard told HuffPost that these early practices were fairly standard and that their specialness is something that could only fully be seen in hindsight.

Further elaborating, Burckhard said, "They were pretty normal, but we used to call it, drinking fish beer. Basically because we drank a lot of that animal beer back then." 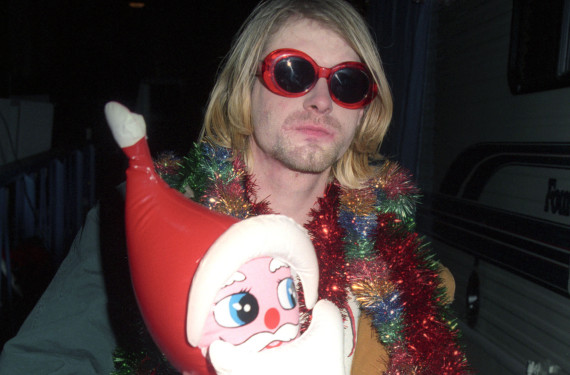 Concluding his 2014 interview with Nirvana News, Burckhard said, "[Cobain] wasn't always depressed. He was never depressed, he was always pulling pranks and funny stuff. Everybody portrays him as this depressed, hating life type of person."

Similarly, Burckhard told HuffPost that Cobain was fun-loving at heart, but heroin changed that: "Everyone paints him as sad, but he wasn't, he was happy," he said. "He just got a hold of a whole lot of heroin and that fucked him up. I'm a recovering addict myself, I've been clean almost five years. When you're on that shit, you don't even want to live."