No thank you, Airbus, I don't fancy sitting on top of other passengers in an A380 or larger plane, and worrying about more people breathing the same recycled, often staler, air pumped into the cabin.

Reports have been emerging that Airbus filed a U.S. patent application this month to stack passengers on two levels within the same cabin. 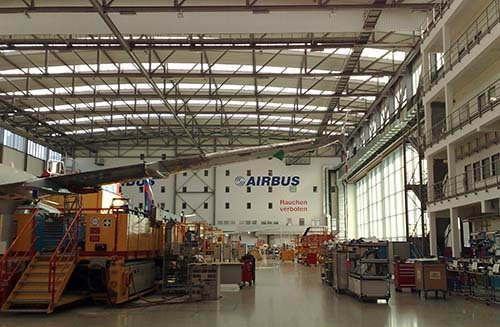 What is Airbus planning? (Abu-Fadil)

This is how the abstract reads: 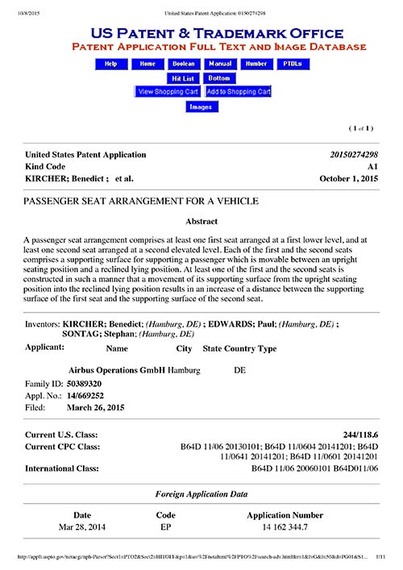 The 11-page application lists the names of three Hamburg-based inventors, and the applicant, Airbus Operations GmbH, also in Hamburg, Germany, who came up with this scheme.

The must-read jargon used to describe the proposed newfangled "mezzanine" seating arrangement is best demonstrated in three illustrations that can only make passengers, already cramped for space, cringe. 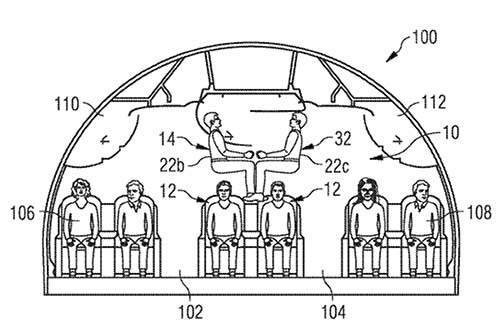 One wonders where the upper level travelers can put their shoes when they remove them to relax on long flights, and whether the poor folks below will have to smell feet at close quarters.

On examination of the drawings it's hard to discern any, or enough, overhead bins in which to stow one's carry-on bags, backpacks, laptops, winter coats, umbrellas, babies' toiletries, duty free purchases, and countless other items. 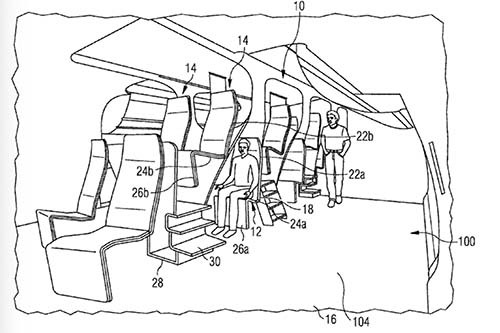 If there's more than one item to put away during takeoff and landing, there won't be any room for those on the upper perch to tuck it under the seat in front of them, since they'll be hanging in mid-air.

In yet a third drawing, the eager inventors show upper and lower level passengers stretched out like sardines in a can, although the company argues in the patent application that it will allow for more leg room and the ability to stretch out and recline without bothering other passengers. 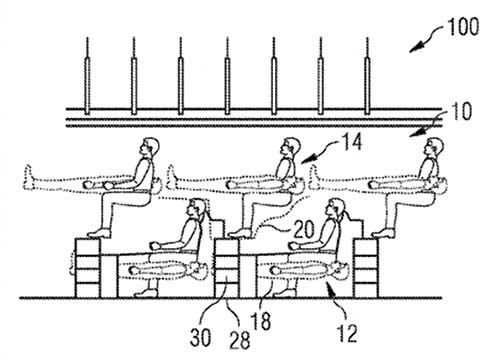 Of course there's also the matter of having to climb extra steps or stairs into those bunk seats.

And what if a passenger doesn't want to sit in them?

What on earth (or in the sky) is going on?

It's a far cry from the roomy upper deck service with a smile one encounters on the Airbus A380's first or business class cabin, for example, and other relatively comfortable Airbus economy seats on various airlines around the world. 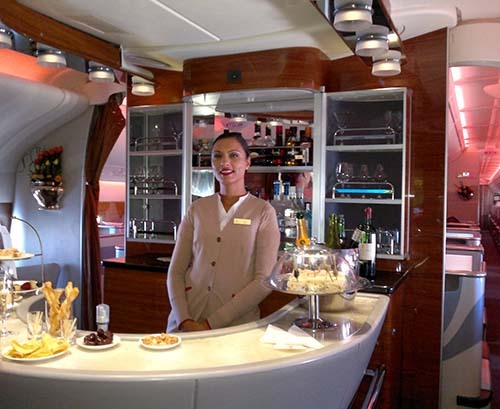 That particular plane in 2015 costs $428 million on average.

I've flown any number of Airbuses in all classes -- admittedly, the upper first/business deck is nicer -- but never thought I'd have to worry about being squeezed even more than what passes for economy.

I was also treated a few years ago to a tour of the Airbus mini-city in Hamburg -- a sprawling facility where these planes are manufactured. A sister plant in Toulouse, France, complements it. 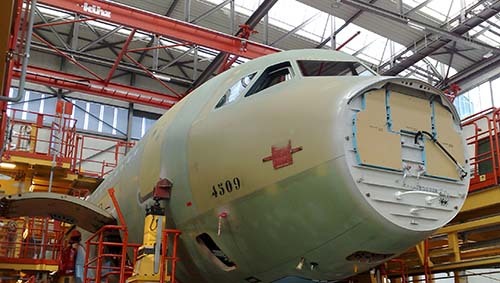 An Airbus plane under construction (Abu-Fadil)

It was quite impressive seeing, and being briefed on, what goes into the making of those big birds.

I've since read about Airbus corporate jets in a 2014 brochure on the company's website entitled "Billionaires Study" in which it stated there were more billionaires in China, the Middle East and Russia combined than in the U.S.; that billionaires were increasingly international but remained discreet; that billionaires were highly determined, invariably very smart and always service-oriented; and, that differences among billionaires can by explained by age, wealth stage and generation.

An interesting map of the world in that publication shows where billionaires like to travel for business and pleasure, with particular emphasis on flags representing billionaires from China, Russia, Saudi Arabia, Qatar and the United Arab Emirates. 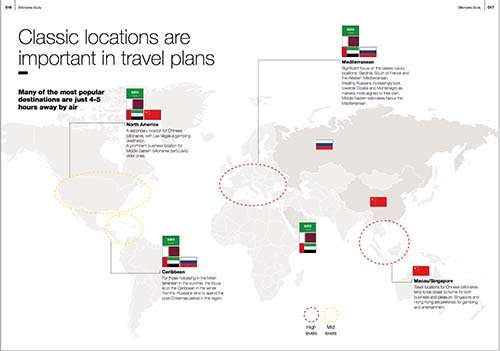 Great, but what about the rest of us passengers who have to endure ever-longer security and check-in lines, whose luggage limitations have become nightmarish, and who are being crammed, squished, and "stacked" in these flying behemoths? 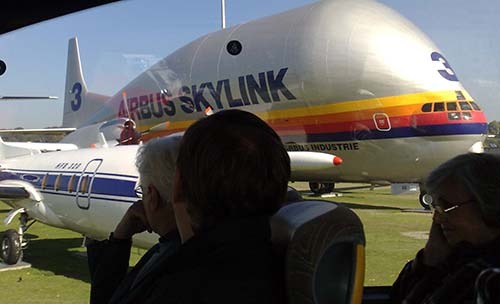 With oil prices in decline -- and countless consumers and travelers hoping they stay that way -- why are many airlines providing mediocre service at high prices?

And why are aircraft manufacturers devising ever-more ways than contortionists to seat passengers?