This is true because a work of art created by one individual -- and I speak here of works created by individuals and not works created through collaboration -- when it is viewed or read or heard by another individual, becomes another work of art. The two works of art, despite seeming to be one and the same, might be quite divergent, although if an artist is a successful communicator they are more likely to be convergent. But what they will never be is exactly the same. For the first is a work that is the expression the artist conveyed; the second is a work that is the impression that the viewer, reader, or listener received.

The truth of this comes home quite strongly when the artist -- in my case, a writer -- reads reviews of his work, both by professional reviewers and, lately, by reviews posted by readers on such Internet sites as Amazon and Goodreads.

Take, for example, my novel, Traveling in Space, 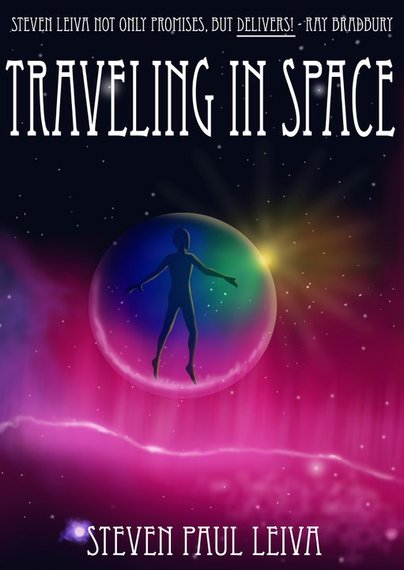 a science fiction first contact story told from the point of view of the aliens. As I have also described as a 21st Century Gulliver's Travels with Homo sapiens as the Lilliputians, it will not surprise you to learn that I consider it a work of satire with a comic view. Each of my novels, in fact, somewhere within them, have comic elements, as I have a generally comic view of life. It is congenital -- I could not not have that view if I tried. Because of this, I naturally put it into my work.

I have been generally pleased with the reviews Traveling in Space have received. Not just because the majority of them have praised my work, although often with qualifications, as it should be, but because they have been, in the main, well-written, thoughtful, and detailed. They are quite a bit different than some customer/reader reviews I have read for other works that, basically, go like this: "This book was very good. It held my interest to the end and kept me turning pages." Such reviews are nice, but hardly useful.

There was one review on Goodreads, which, despite being critical my humor, I found to be amusing. The reviewer wrote, "I don't care for flippancy in first-contact novels." This seems somewhat akin to saying, "I don't care for paprika on my deviled eggs." It has no more depth of analysis than nitpicking, and the problem with nitpicking is that it often says more about the nitpicker than the nit being picked. A fact, I will call it, that supports the theme of this essay.

There was at least one other reviewer who did not like the humor:

For whatever reason, I haven't found many science fiction authors who have the capability of blending dry humor into a techno/philosophical/sci-fi drama. Rob Kroese is probably the most successful modern sci-fi author in that vein, and even he is not always on the mark. I think the humor detracted from an otherwise fine novel and will possibly turn some hard-core sci-fi fans away from the book.

And yet, this reviewer was able to fine other aspects of the novel to his liking:

On the other hand, I think the ontological, epistemological and ethical questions and observations in the novel were very well done. On the surface, the book is as lightweight as a blonde at the beach. A little deeper reading reveals, Descartes, Kant and Wittgenstein, among others. The age old questions of Who am I?, Why am I here?, and What happens after I die? are presented from the standpoint of aliens who are surprised to find that they are not the only living intelligence in the universe. It's an interesting book. So, if you're a "Hitchhikers Guide" fan (I am not), you'll probably enjoy this novel on many levels. If you are a more "serious" student of alien cultural dichotomies, there is enough here for some interesting late night conversations among friends.

Now this is a truly useful review. It tells me two things. One, that not everyone is going to like my sense of humor (not that I haven't known this from childhood). And two, that there are readers out there who appreciate the serious side of my novel, despite its humor. Which leads me to ask myself, Can I, or any novelist, successfully mix a serious subject -- for example, in Traveling in Space, humanity's place in the universe -- with a comic view centering, as all comic views must, on human frailty? If the answer is no, then I am in trouble. Because, as stated above, there is no way I cannot write the way I write. As I define Art as the self-expression of Homo sapiens, that is just the way this Homo sapien expresses himself.

But other reviews have led me to believe that for certain readers the answer is "Yes."

For example, Russell Blackford, a well-known public intellectual and philosopher in Australia, a Conjoint Lecturer in the School of Humanities and Social Science at the University of Newcastle, reviewed Traveling in Space and said:

Many of the aliens' encounters with human beings are downright funny. They see the idiocy of many of our institutions and practices, whether it be religion, war, or prudishness about the body. As the narrative continues, however, and they are confronted by the facts of race, hatred and genocide, the satire takes on a different tone. The aliens still struggle to understand what they're seeing, but their denunciation grows increasingly more bitter (even when the horrors are filtered through the perceptions of the aliens, who examine human conduct in a rather clinical way)....Complications such as these give us much to think about, and I'm sure that Traveling in Space will play on my mind for some time to come.

And other reviewers have said:

Possibly the most straight-faced satire I've ever read; Traveling in Space combines wit, adventure and detailed character study, as well as throwing in harsh examinations of the human concepts of love, religion and politics.

The book is funny, sure. Laugh-out-loud-as-you-are-reading-it funny even. But the humor is grounded in insights about how we live and how we think.

It is a ton of fun, a good story told with wit and insight.

Leiva's By the Sea - A Comic Novel, will be published by Crossroad Press later this year.