In 2012, at the entrance of a West Philadelphia high school, an armed officer asked the poet Denice Frohman if she had a weapon on her. Standing before firearms and metal detectors, Frohman held up her weapon: a book.

The officer was unamused.

This March, at the 2014 College Unions Poetry Slam Invitational at the University of Colorado Boulder, Frohman described the encounter in a spoken word performance with fellow poet Dominique Christina. In a video uploaded last week by Button Poetry, you can see the poets' performance, in which Frohman goes on to relate what happened when she stood before a classroom full of students at that same West Philadelphia high school.

"I asked them if they have dreams," Frohman recites in the video. "Eleven students raised their hands barely above their shoulders / As if they were sitting in history class unsure of the right answer. / One student in the first row, named Luciano, is waiting for me to tell him what page to turn to."

The poets attribute the students' struggle to "No Child Left Behind," an educational reform policy often criticized for forcing public school teachers to "teach to the test." Frohman and Christina suggest that another kind of learning, one that embraces differences and identities, one where George Washington Carver is not one of the few people of color in the curriculum, is sorely needed.

School can be, the performance suggests, either a force of erasure or, much more ideally, a source of empowerment.

In the poem, Frohman recalls the sense of revelation she felt when she first read a Latina author in school.

Watch the video above to see their performance.

When 'Do You Have Weapons?' Is Heard More Often In Schools Than 'Do You Have Dreams?'
These Teens Are Building Their School Library 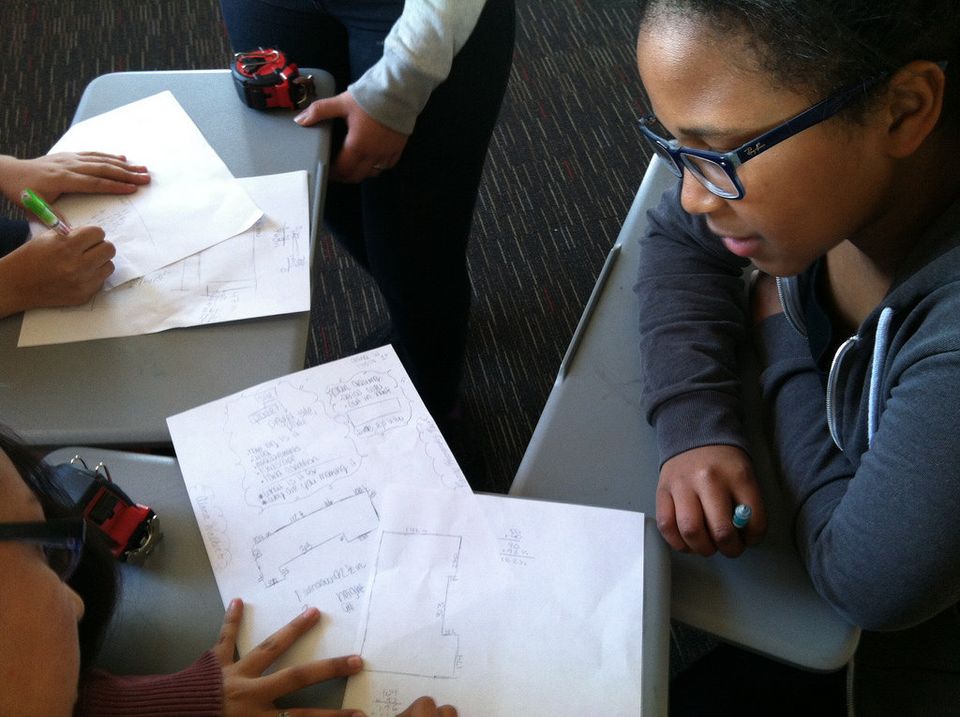