Here are a few things we realized after watching No Doubt's newly released video for their pop-ska single "Settle Down": We really want to party with No Doubt, frontwoman Gwen Stefani hasn't aged in over a decade and driving a big-rig looks hella fun.

But the dancehall trucker party is much more symbolic than it looks. "They're driving to meet after having had their separate lives over the last 10 years," director Sophie Muller told Rolling Stone.

The reunion that happens a minute and a half in is particularly memorable, as Stefani, Tom Dumont, Tony Kanal and Adrian Young -- together with their touring trumpeter Stephen Bradley and trombonist Gabrial McNair -- are happily reunited. It's a heartwarming moment that will make even the toughest rockers get a little verklempt.

"Settle Down," which premiered Monday morning, has a slight reggae feel -- harking back to the band's SoCal roots -- but there's also a radio-friendly hook, penned by frontwoman Gwen Stefani. "I'm a ruff and tuff / And nothin's gonna knock this girl down," she repeats on the bridge.

The ska rockers are currently gearing up for a long-awaited comeback. Their studio follow-up to 2001's Rock Steady, entitled Push and Shove, will drop on Sept. 25.

In 2001, Rock Steady peaked at No. 9 on the Billboard 200 and was a commercial success for No Doubt, selling over two million copies in the U.S.

Meanwhile, Stefani and the boys are set to make their live performance return at the 2012 Teen Choice Awards on July 22, where the band will perform "Settle Down." 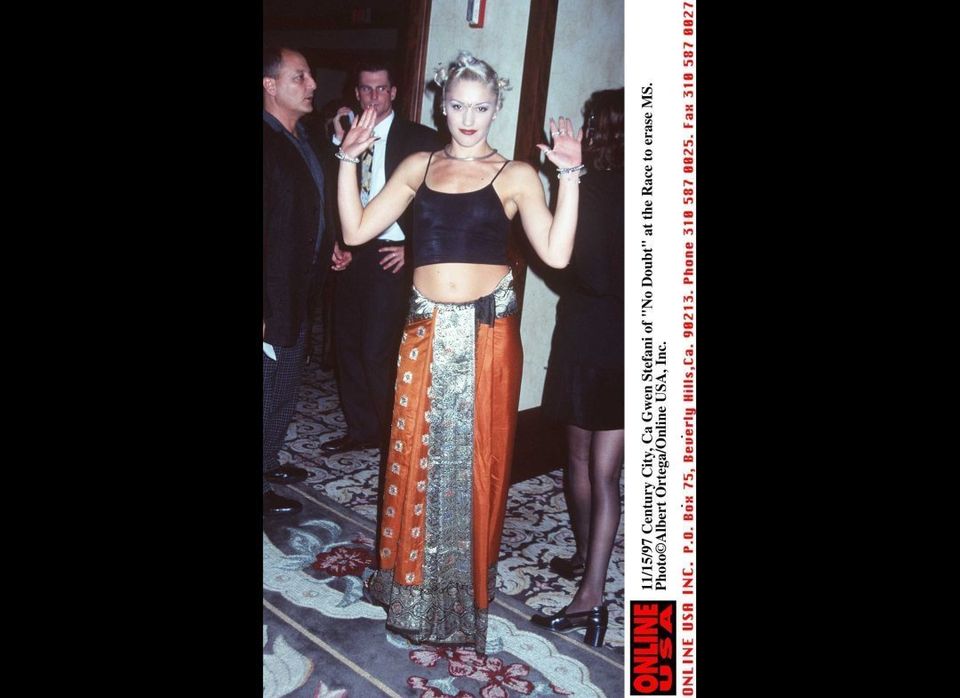