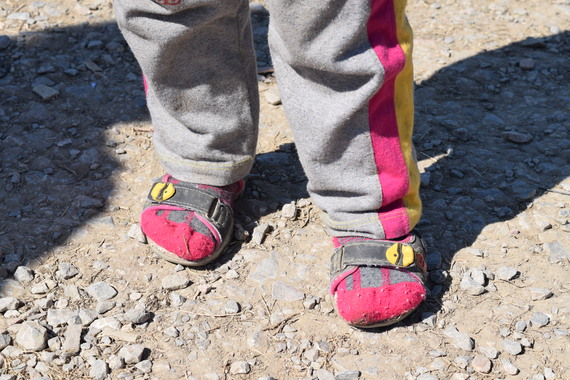 The photo of Aylan, just three years old, lying on a Turkish beach, changed the world. It is a simply heartbreaking image, desolate, poignant.

Yet, there have been so many heartbreaking images of children, of the 'migrants' struggling to reach Europe, and even more images of the impact on children and families of the conflicts in Syria, Iraq, Afghanistan, which haven't moved people around the world in the way Aylan's story has.

What is it about this image that somehow has let people see, through this one story of tragic loss, the millions fleeing violence and conflict in Syria, in Iraq, in Afghanistan, Eritrea, Somalia?

Finally, people are seeing suffering humanity on their doorsteps, innocent children perishing, caught in the waves or crossfire, desperation rather than statistics, terrorists, military hardware and fighting. 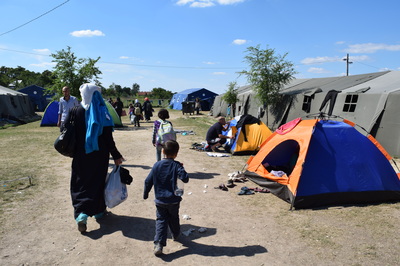 A whole narrative is embedded in this one stark image of a dead baby on a beach. The fighting in Kobane, which has raged since late last year, the lack of hope which drives families to leave, the long and perilous journey towards Western Europe and safety... the threads of the story of so many millions of Syrians and others comes together in the image of the small, lost baby washed up by the waves far from home.

And we also now know how the story ends, full circle, with a father who tried to protect his family, returning home to Kobane to bury them - two young sons and his wife.

Will this tragedy stop others from leaving? I doubt it. I know it wouldn't stop my husband and me. When our children were born, a new ferocious love was born with them, a love compelled to do anything we needed to keep them safe. 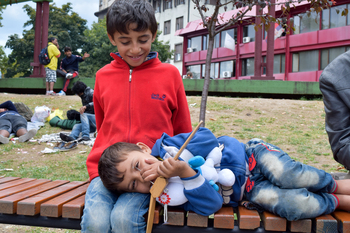 The power of this image is precisely in that ferocious love and protective instinct towards children it arouses in most, unfortunately not all, of us.

In the Syrian conflict it is estimated about 12,000 children are among the more than 230,000 people who have been killed. How many more children have been injured, have died of malnutrition, in their first few hours and days of life, of the cold or heat, or because there is no food, adequate shelter or health care?

We know over 4 million Syrians have fled to neighboring countries over the past 4 years. And over 12 million are in desperate need inside Syria. There is no end in sight to the conflict and no real political solution seems to be under any kind of serious negotiation... no signs of hope at all. The conflict continues unabated, while funding for humanitarian assistance is diminishing rapidly.

Unable to find work, dependent on assistance, refugees in Lebanon and Jordan have had their food vouchers more than halved over recent months. Inside Syria the UN estimates some 4 million 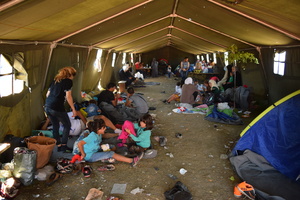 people are beyond the reach of any humanitarian assistance, in besieged communities and hard to reach places. In Yarmouk, a suburb just on the outskirts of Damascus, established for Palestinian refugees over 60 years ago, besieged for almost 2 years by both the government and recently IS, there are reports of children eating grass, and mothers dying every day in childbirth because of lack of medicines and medical assistance.

So, yes, it is important that Europe and other countries treat refugees with compassion and meet their obligations under international treaties.

Yet, however many more refugees receive asylum in the west, it only addresses the symptoms rather than the underlying causes of this crisis. 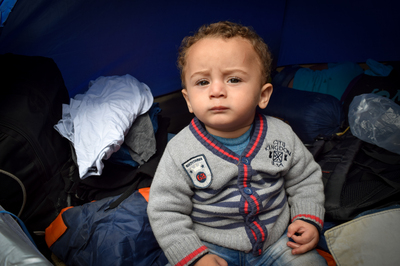 The deeper issue is not about how generous countries are in accepting refugees but how generous and consistent they are in trying to resolve these conflicts and providing sufficient funding for humanitarian assistance to those driven from their homes and livelihoods in search of safety for their children. Children like little Aylan and his brother Galip.