If you think there's justice in America, all you have to do is go on Youtube and search for "cop kills black man" or "police kill unarmed man" and you'll find an array of videos, many of them evidence to police violence against ethnic minorities captured on smartphones.

The vast majority of those who pulled the trigger, despite the videos, and the testimonies, will not be prosecuted.

On July 6th, 2016, in an especially horrific and egregious case that gained national attention Philando Castile, a black man, was killed while allegedly complying with police officers in Minnesota. 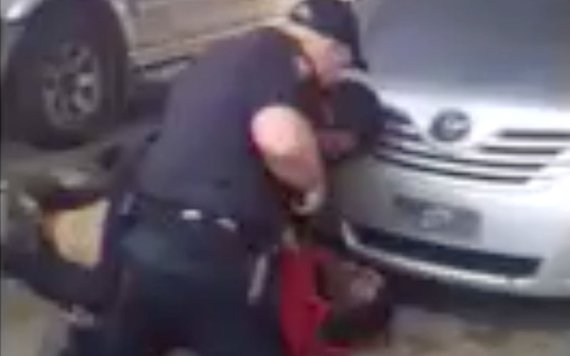 It was the second such incident in two days, following the public outrage the previous day due to the shooting of another black man, Alton Sterling in Baton Rouge. Sterling was shot while being pinned down by police officers on the ground. Castile was killed while sitting in his car.

That the nation has witnessed so much violence upon black men these days is due to technology. A live-streaming video done in Castile's case, by Diamond Reynolds, his girlfriend who sat in the car with him, captured the heartbreaking scene of a father bleeding to death.

An exemplary worker in a cafeteria feeding school children, Philando Castile was said to be well loved by staff and the children he served. And he in turn knew each of them by their names. He was reportedly ambitious and a loving father.

His crime? Pulled over by two officers supposedly for having a busted tail light, Castile reportedly reached for his wallet to take out his ID, at which point the law enforcement officer shot him dead. He had a license to carry a weapon and, according to his girlfriend, had informed the police officer so. 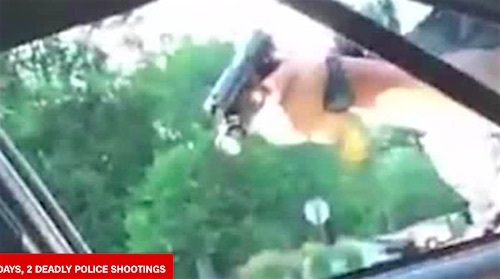 The exchange on the video in the aftermath is especially telling.

Officer: "I told him not to reach for it. I told him to get his head up."

Worse, according to Reynolds who later told the media that, "the police officer stopped us for a busted tail light that wasn't busted."

Some African Americans now say they are being "hunted in America," and increasingly watching those videos of police killing American civilians, it is harder to argue to the contrary.

Black males and Hispanic males are especially vulnerable to law enforcement, shot and killed on a regular basis in the country, and in many cases they are killed while being unarmed. The majority of these shootings are eventually found "justifiable cause" by "district attorneys" as many are reluctant to prosecute police officers, despite evidence to the contrary.

The reason is due in part to the Supreme Court's legal standard for use of lethal force, which gives police leeway for split-second decisions made in "tense, uncertain and rapidly evolving" situations.

"The trajectory of police shooting cases has long been determined by police departments themselves, which, until recently, were largely able to control the narrative of events that led to a killing," according to the Huffington Post. "And when cases have gone to trial, judges and juries have exhibited a tendency to side with the police."

In 2015, police killed 102 unarmed black people, according to the website mappingpoliceviolence.org.

It is especially egregious that in 2015 only one of those two police officers found guilty served time in jail: and only for one year. And even in this case, the individual in question was allowed to serve time on weekends, according to the website.

Mapping Police Violence also found that last year, 37 percent of unarmed people killed by police were black, while black people account for only 13 percent of the US population. And unarmed black people were killed at five-times the rate of unarmed whites in 2015.

Police brutality is recorded daily. And those who died unrecorded barely get any news coverage. Yet, despite civic efforts and mass protest, the killing hasn't abated.

So far, in 2016, the number of fatal police shootings has increased as compared to the previous year, according The Washington Post. The paper found that "blacks continued to be shot at 2.5 times the rate of whites." And about 10 percent of all those shot were unarmed.

Many are understandably outraged. Former Salon magazine editor, David Talbot, is one of them.

"How many times has a killer cop actually been convicted for his crime -- even when they are caught flagrantly on camera?" asked Talbot on Facebook. Talbot also noted that "There is no simply no justice in this country for those who are victimized by the police.'"

A serious question now to ask: Is America still governed by law or by arbitrary decisions made by individual law officers?

Many Americans know that there's little justice to be had in the court of law for victims of police violence, but in the court of opinion the American justice system has already been found guilty.

This verdict can't change unless actual justice can be had for those who feel hunted. "The police are not here to protect and serve us... they are here to assassinate us, because we are black." Who can dispute these words, uttered by Reynolds, who bore witness to the wanton killing of her boyfriend, who died a week short of his 33rd birthday and in front of his girlfriend's 4-year old daughter?

Such feelings may have motivated Micah Xavier Johnson, an Army veteran accused of shooting and killing five police officers and wounding seven others during a protest against police brutality in Dallas, a tragic karmic circle of violence.

Abroad, the lack of accountability for police brutality in its treatment of minorities and the poor undermines its soft power.

It is such that for the US to talk of human rights and law and order elsewhere when it cannot practice them at home makes Uncle Sam a laughing stock. Indeed, it is increasingly harder to sell the country's image abroad when there's general discontent and rising malaise coupled with an inept congress unable to confront gun violence that kills 33,000 Americans yearly.

There was a lot of hope when Barack Obama, a black man, won the presidential election in 2008. His repeated slogans were "Vote for Change" and "Yes We Can." But if there was an optimistic take that we were entering a post-racial America era in 2008, that hope was quickly dashed as more police killings of unarmed Americans continued unabated.

And until America reckons with its chronic racism head on, its fear and hatred, its racial injustice, and implements real reforms, we cannot move forward from this juncture, and change won't come.

Andrew Lam is an editor at New America Media in San Francisco and the author of "Birds of Paradise Lost," a collection of stories about Vietnamese refugees in San Francisco, " "East Eats West: Writing in Two Hemispheres," a book of essays on East-West relations, and a memoir, "PerfumeDreams: Reflecitons on the Vietnamese Diaspora."