Article number one in a series

When Ellen Jefferson graduated from veterinary school in the 1990s her main goal was simply to help animals in need. She began by volunteering her services at the Town Lake Animal Center (TLAC) in Austin TX in 1998. At the time this city shelter had a dismal kill rate of 85 percent. Day after day, Jefferson saw dogs and cats put to sleep-many of them healthy and highly adoptable- simply because of a lack of space and resources. When she saw a mother dog and every one of her newborn puppies euthanized, Jefferson decided there just had to be a better way to handle this situation. 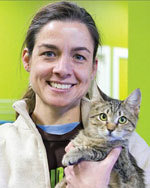 She quickly founded Emancipet, a mobile vet clinic focused on providing low or no cost spay and neuter services throughout Austin. There was no budget and no staff, but there was a near-miraculous last minute donation of a van. Jefferson began by volunteering her time and the organization set about decreasing the number of animals coming into the city shelter simply by spaying and neutering as many as possible.

Jefferson wasn't the only one who wanted Austin's city shelter to stop killing pets. In 1997 attorney Jim Collins helped found the organization Austin Pets Alive! (APA) with the objective of making Austin a "No Kill" city by 2001. No Kill is roughly defined as a 90 percent live outcome rate or higher. The 90 percent figure assumes there will be a certain number of animals who must be put down due to age, illness and behavior issues. It's a safe assumption that Austin Pets Alive! included the exclamation point in their name to help illustrate the urgency of the issue.

Unfortunately, 2001 came and went and APA did not reach its No Kill goal. However, through advocacy and lobbying they did help the city make some impressive progress. The Austin City Council agreed to double the budget for TLAC and greatly expand its adoption hours making it much easier for the public to visit the shelter and adopt animals. Between 1998 and 2001 the kill rate at TLAC dropped from 85 percent to 50 percent.

In 2008 Ellen Jefferson and APA finally crossed paths. APA had gone rather quiet after failing to reach their ultimate goal by 2001 and Jefferson reached out to them and suggested they pool their resources and try to reignite the No Kill goal for Austin. 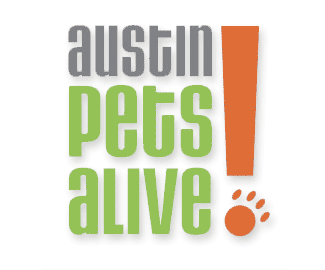 It was a humble new beginning for the organization and a shift to actually rescuing animals rather than just advocating. They had a five member volunteer board and a list of 1000 emails of potential supporters. Not having a physical location, they ran the whole operation out of their homes. It was a small but hopeful start, and it quickly gained momentum.

With Jefferson taking on the role of Executive Director, APA put all of its focus on saving the animals in danger of being euthanized at TLAC. "The city would make the kill list at 5pm, close at 7pm, and everybody [on the list] would be dead by the time they opened the next morning." Jefferson says. "So we knew we were [those animals'] only hope." This was the key component of APA's mission and allowed them to work in conjunction with the city shelter with no duplication of other groups' effort.

By essentially taking only the animals that the city shelter didn't want, APA was able to keep track of just how much progress they were making towards their No Kill goal. Having access to the "kill list" every day was crucial. 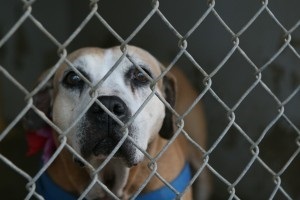 "When we finally got that list," Jefferson explains, "we knew that if we saved an animal that was definitely going to die, then at least for that day we had changed the kill rate percentage by a certain amount." With few resources at the time, APA had to find foster homes to save the animals' lives.

As time went on APA was able to track in hard numbers exactly how much their efforts were affecting the save rate of the city's shelter. The number of animals who left the shelter alive began to rise. They weren't there yet, but Austin, Texas now had the potential to become the largest American city to achieve No Kill status. With that in mind, Jefferson and the rest of the dedicated board members and volunteers set their sights on finding a physical location that APA could call home.

First in a series.