In two decades of working in film and television, I had never participated in a reality show, although I can see the appeal of them and the addiction that some shows inspire. However, all of that changed early this year when I was approached to help a BBC America show get on the Mescalero Apache reservation in New Mexico to shoot an episode of their new and highly anticipated show, No Kitchen Required, a mixture of Survivor meets Amazing Race meets Chopped.

Three masters of the culinary arts -- Chef Michael Psilakis, Chef Kayne Raymond, and Chef Madison Cowan, who was the overall winner of the Chopped series -- travel to ten exotic locations around the world, meeting the indigenous people of the land. They must hunt and prepare a meal using the traditions of the local people. The catch is, they have no kitchen. They are cooking the tribal way. 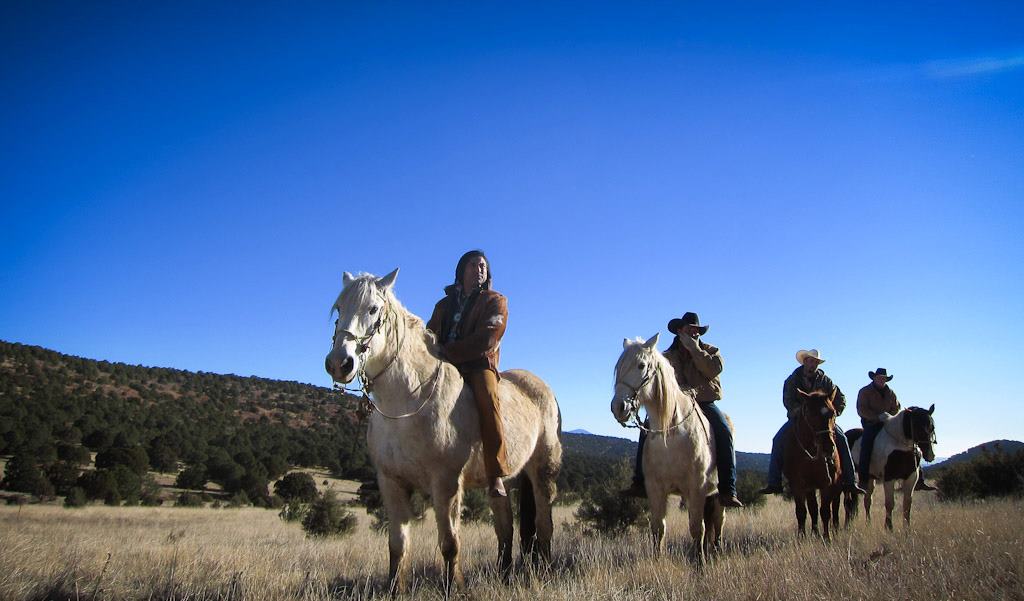 Then, if they survive the harsh conditions, the bugs, and the lack of equipment, they have to face a panel of tribal elders and be judged on their cooking. I can't leave out the beautiful and sophisticated Dr. Shini Somara, a gracious, articulate host who added to the international feel of this television event. There is more to the plot, but I don't want to ruin the surprises that the show contains.

Food has always played a vital role in the human equation. In the days long gone, when some dusty strangers came to your doorstep, you would greet them with kindness and compassion. You would feed them and give them a place to rest before they went on their way again. It was the law of hospitality. No Kitchen Required captures some of that old magic in the show, using food as the common human language. With food, we share our cultures and ourselves. Each culture has a different taste, yet uses common ingredients. In this time of so much distrust and wars, this show has a healing aspect, bringing people of the world together to share and celebrate our differences. I can tell you firsthand that the love, respect and acceptance of world cultures among the cast and crew was evident by the care taken so that no Native customs were overlooked. I have worked on a lot of A-list movies, so I can tell you that these cast and crew members were exceptional. 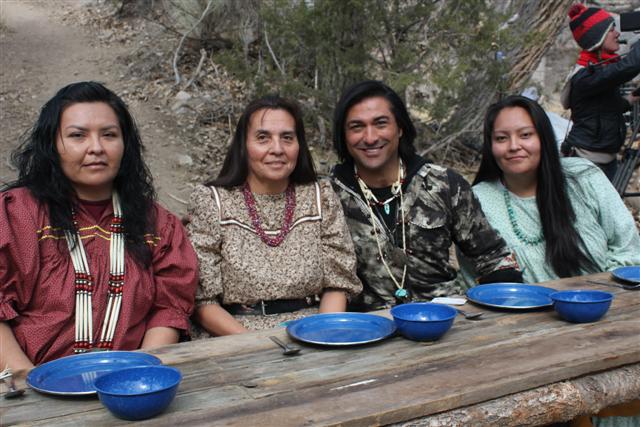 Watching the show unfold among the Apache people in New Mexico brought a sense of pride to my heart, since part of my work with the American Indian nations is to bring more opportunity to the reservations. It was great to see that so many Apache were hired to work both in front of the camera and as crew, alongside the skeleton crew that travels around the world. I have to give credit to Chachi Senior, the executive producer and director of the show, for manifesting his vision to create a unique show that will prove to be much more than a cooking show. Debi Naiche Martinez, who is the great great granddaughter of Cochise and great granddaughter of Chief Naiche, worked tirelessly to get all the Apache ready for the show. She made traditional dresses and moccasins for the young girls, put up the teepee and cooked and presented all the traditional food. Jerry Martinez, as the local contact, worked his magic to quickly secure hunting grounds, guides, dancers and drummers. He then went on to secure the Seminole Nation in Florida for the following episode. I was honored to be one of the judges, along with Debi and her daughters, Bree and Janice.

In many ways, this show was groundbreaking. Many of the Elders who showed up for the final celebration have never been on camera, let alone part of an international television show. 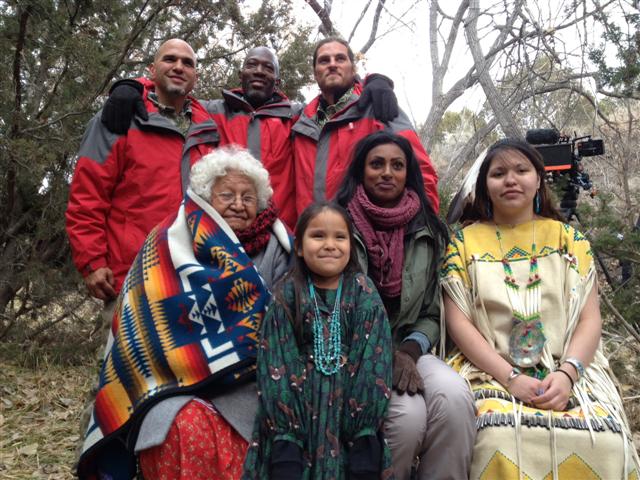 Elbys Naiche Hugar, the great-granddaughter of Cochise and granddaughter of Chief Naiche, is 82 years old. She sat with some of the new generation of Apache women, who to this day uphold the traditional Native ways. All dressed in their Apache regalia, they were truly regal. The final celebration and dance was very emotional as the master chefs mingled with the Apache people. In that moment, as we were doing the "back-and-forth" dance, I realized that we had captured a magical moment and in some way, we had healed the broken circle of trust. We showed the Apache people as they truly are, a wonderful closely bonded society with strong family values and traditions. For a moment, all the pain and hurt was forgotten as we all celebrated the gift of life together as one race -- the human race. It was a reminder to us all that the ancient cultures of the world are the keepers of forgotten knowledge and that we can learn from them... even today.

Photos used with permission from Faz Brahimi for No Kitchen Required (BBC America). Top to bottom...
Download
Calling all HuffPost superfans!
Sign up for membership to become a founding member and help shape HuffPost's next chapter
Join HuffPost