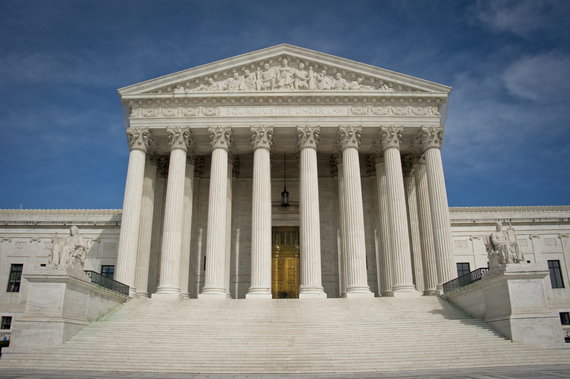 Ever since the Supreme Court handed down its landmark 1963 decision in Gideon v. Wainwright establishing the right to counsel at state expense in criminal cases, those concerned with access to justice have advocated for an extension of this right in civil cases.

While the Supreme Court has extended the right to counsel past the specific holding in Gideon, including to certain "quasi-criminal" cases, it has never interpreted the United States Constitution to require that the government provide a lawyer in purely civil cases. Thus, the provision of counsel to those who cannot afford an attorney has long been left to a patchwork of programs throughout the country. In recent years, however, the right to counsel movement has gained increased attention throughout the United States.

In 2014, several bills were introduced to the New York City Council providing for the right to counsel in Housing Court. While none has been enacted (cost continues to be a factor), the advocacy surrounding the right to counsel in housing court has informed the dramatic increase in funding for legal services. In stark contrast to the federal government, whose funding for legal services has remained flat for years, there has been a renaissance in funding in New York State.

Former Chief Judge Jonathan Lippman led the charge by steadily increasing Judiciary Civil Legal Services funding, set to reach $100 million annually in State fiscal year 2017. New York City has dramatically increased its budget for eviction prevention and anti-harassment tenant protection legal services, and for legal services for the working poor, while the State has increased funding for legal services for homeowners at risk of foreclosure and those seeking disability benefits.

It is beyond dispute that it is better for someone with a legal issue - whether it is an adversarial case in court or an out-of-court legal matter - to have full representation by a lawyer than to be unrepresented. But even if right to counsel efforts are successful for certain types of cases and funding for civil legal services increases even more substantially than it has already, the majority of New Yorkers who cannot afford an attorney will continue to go without full representation for the foreseeable future. This does not mean, though, that they have no options. There are programs in place that can and do play an important role in bridging the justice gap.

A View From the Field

New York State, with the judiciary at the helm, has been a leader in establishing programs that provide legal information to a large number of litigants and limited representation to others, recognizing that current resources are insufficient to provide full representation in all cases, and that alternatives can have a positive impact. Each of these programs is unique, filling a niche within the broader effort to improve access to justice. NYLAG has participated in many of these efforts.

Legal help desks represent the highest volume of legal assistance to unrepresented litigants. Housing Court Answers, for example, has been providing information and assistance to housing court clients since 1981. With so many unrepresented litigants in the courts and before administrative agencies, help desks play a pivotal role in ensuring that these litigants have access to at least some legal information to assist them with their cases.

Other valuable programs include the Court Navigators Program in Brooklyn the Bronx, whose services range from what can best be termed as moral support to explaining the court process to litigants, and Legal Hand, an initiative to provide legal information, assistance, and referrals at neighborhood storefronts in areas with a high need for legal services.

The Mobile Legal Help Center (MLHC) was launched by the Access to Justice Program in partnership with NYLAG in 2012. The first of its kind in the country - a law office on wheels - the MLHC provides direct community access to legal services at a different location, every day. Another Access to Justice initiative, Court Do-It-Yourself forms, offers pro se litigants 24 interactive programs for the drafting of forms for various court actions.

The Volunteer Lawyer For a Day program, launched by Access to Justice in 1997, provides limited scope representation to pro se litigants who are being sued for consumer debts. Pro bono attorneys and student volunteers advise clients under the supervision of an attorney from one of several legal services agencies, including NYLAG. Since its inception, the program has represented over 20,000 litigants.

Beyond the direct impact these programs have on improving outcomes for litigants, they also place lawyers directly on the ground, where they become aware of systemic problems both with the administration of justice and in the substantive areas of law. For example, lawyers providing limited legal services in court have been instrumental in changing the culture of the courtroom, ensuring that represented plaintiffs do not take advantage of unrepresented litigants. Similarly, help desk staff have identified trends and problems that the courts have then been able to address.

It is important to note that, just as seeking the right to counsel in certain limited types of cases does not diminish the argument or necessity for seeking this right for other types of cases, so too the provision of less than full representation for some clients does not diminish the argument that full representation should be provided in those types of cases in the future. Judge Lippman has advocated for such an incrementalist approach, while recognizing the benefits of full representation. Under this approach, the courts, in partnership with the legal services community and the bar more generally, pursue a wide range of initiatives that allow us to "incrementally move closer to a civil Gideon."

Ultimately, there should be a greater investment in continuing to review these programs in order to more fully appreciate their impact. Such evaluations will go far to confirm what those involved in these programs already know: in a world where low-income families and individuals face pervasive civil legal services needs - and resources are limited - alternatives to full representation play an important and effective role in expanding access to justice.

This article is excerpted from an essay by Mr. Jeffrey in IMPACT, a collection of essays published by the New York Law School's Impact Center for Public Interest Law. You can read the full essay here.