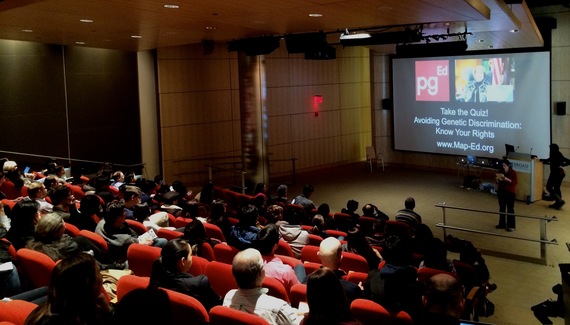 A decade ago, biologist Ting Wu saw a need to promote education and interest in genetics among consumers, as well as to help scientists understand how the public views their research. Today, the initiative that resulted helps teachers and students, scientists, Congress, and even Hollywood writers and producers understand and spread the message that genetics is important and accessible. Recently, the Personal Genetics Education Project--known as pgEd--expanded its reach through an effort called Map-Ed that lets people take short genetics quizzes and locate themselves on a world map. Techonomy talked to Wu, pgEd director and a Harvard professor, about the public's growing interest in genetics, challenges that arise when people are reluctant to let their information be used in research, and one unusual road trip she took with her husband George Church at the start of the Personal Genome Project.

When you started pgEd nearly a decade ago, genome sequencing wasn't well known by consumers and demand for such data was low. What did you see back then that prompted this project?

Way back, in the 1980s at least, [George and I] talked a lot about the impact of broadly available genetic information in the general public and all the social, legal, ethical issues that would come with it. How would people respond? How would they view this new information in terms of their health? 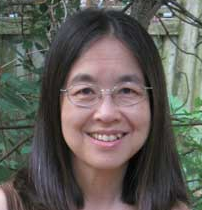 When people started to volunteer for the Personal Genome Project, many were not scientists. They were members of the general public, and I thought we should talk to them. So George and I decided to make our family summer trip [a drive around the country] to go visit the volunteers. That was the beginning of the idea that we need to be much more actively involved in hearing the general public and at the same time letting them become aware of what is happening in genetics. The speed with which genetic technology has changed the landscape is really stunning. The more I thought about this, the more I realized the gap was ever widening between what needed to be heard and conveyed and what was being heard and conveyed.

Have there been changes in what you've heard from the public since starting out?

Times are very different. In 2006 there was more a sense of rocket science, amazement. Today it's more, "What can it do for me? How can I get my hands on this?" We've passed that stage of "Can you really do this?" to "Hey, I've heard this happens, can you tell me more?" It's subtle but very telling.

Are there certain perceptions or misperceptions you encounter regularly as you interact with the public?

Different segments of society have different levels of comfort with genetics. I think those parts of society that are very well off, that haven't experienced destitution or the fear of having something done to them medically they don't understand, may give scientists a much more optimistic attitude. [With people] who have experienced going to a hospital and having things done that they don't understand, or because of their culture or race or background come from a family lineage that has suffered, there's reticence in jumping into this new era. There are segments of society that are much less willing to become participants in some exploratory genetic project because they are--rightfully so--wary about what's going to happen with that information. Maybe scientists don't have as much interaction with that community as we should; we may not hear them as well.

What ramifications could that have for disenfranchised communities?

The part that is concerning is that there is genetic information coming out that is specific for certain ethnic groups [which] may inform how they want to lead their lives. But that requires that those individuals be willing to hear about this information and participate in studies so that their ethnic group can be better understood. Those ethnic groups that hold back and do not want to participate, for perfectly understandable reasons, will have less of a chance of benefiting medically.

What have you learned about scientists and their interest in working with the public?

As scientists, we really need to know how people view what we do to understand what else we should be working on and what things we might have missed when we were designing our experiments. Scientists are much more cognizant of their responsibility to interact and communicate and ingest what the consumer has to say about what they're doing. Geneticists in particular are much more willing to acknowledge that they have a responsibility to their society.

In addition to the lesson plans you provide to teachers, you go to a lot of classrooms for pgEd programs. What kind of response do you encounter with students about genetics?

Our goal is not to teach them about DNA. Our top goal is to convey a sense of confidence that genetics is accessible to anybody; that their opinions, even if they're not a scientist, matter and are valid. We hope that a sense of confidence and a sense of respect for oneself and others leads people to feel comfortable asking questions and learning more.

Once we break through that barrier, we have fantastic conversations that range from "Tell me more about this technology, can you really clone people?" to learning about the genotype of unborn fetuses and whether one should know. We hear about students who don't know who their parents are and want to know about their own genetic makeup. Classroom conversations are really eye-opening for all of us at pgEd.

But you're not just about students. How did pgEd get involved with educating Congress about genetics?

I had talked to some people about whether our political leadership would be interested in having genetic information be part of their discussion with their constituencies, and had been told that talking about genetics is not often viewed as a smart thing to do. We thought that was interesting, because the general public is so interested in genetics. Louise Slaughter made it possible for us to hold a congressional briefing. We had been told that if you brought in 26 staffers, it was successful; 70 people came. Lo and behold, they invited us to come back and do four more briefings.

pgEd also works with writers and producers for Hollywood shows, such as "Grey's Anatomy," "Elementary," and "The Following." Why?

Their reach is tremendous. When we do a teacher training, maybe we reach 30 to 60 teachers over three days. But a movie can reach tens of millions of people, sometimes in a single hour, and deliver a message crisply and cleanly. Writers and producers have tremendous capacity to shape the way people think about themselves and society. We're very impressed by how much they want to get everything right.

How is pgEd funded?

We have to bring in some funding. Our early days were supported by discretionary funds from my laboratory, and today we also receive support from the chair of our department. We have applied to private foundations; hopefully we may be in a position to be noticed by one or two of them. pgEd has had a remarkable year, and feel that if someone invested in us we would be able to do so much more. We're excited about that possibility.