It has been striking how many of the comments to some of my recent blogs about the continued deterioration of the traditional music business, other than the greed of the labels, concern the low quality of new music today. But it's simply not the case. This tired argument has been used by each succeeding generation after they pass through their primary music discovery years. Somehow, the music from the era they grew up in represented a special window of innovation and quality that will never be duplicated.

In the past 50 years, it's certainly true that there have been a handful of bands and artists whose originality, lyrics, and musicianship have provided us with timeless music that resonates with a wide range of ages. And among those artists, there are a small number of remarkable gems - what I like to call "100-Year Artists"- who like Gershwin, will be listened to forever. But these are few and far between, historical aberrations that emanated from the real world of contemporary music and transcended any era. We talk about Led Zeppelin and Pink Floyd still today because they were Led Zeppelin and Pink Floyd, not because they existed in the past. 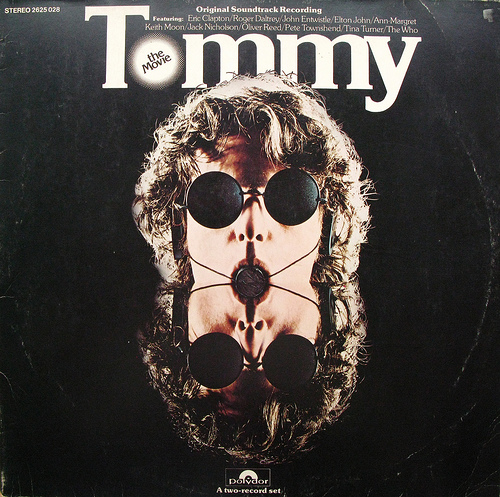 Tommy by The Who. Photo Credit: Wolfgang Wildner

It's easy to forget that the majority of music of every era and every genre was disposable. We forget that The Beatles flourished at the same time as Freddie and the Dreamers and Herman Hermits. Joplin and The Doors were released around the time of the Monkees and Tommy James. So many of the guilty pleasures of the 80's, like the Buggles and Flock of Seagulls, had little to do with real quality but were of a time, place, and mood. In each era, a few bands are truly great, but mostly the old disposable music is replaced by equally forgettable songs... no different than what is being produced by Idol today.

Was 1967-71 or 1991-94 a special time for music? Yes, absolutely. But to categorize the present-day meltdown of the music business as being based largely on a lack of quality new music is untrue. Just this past week Band of Horses, Muse and Jamey Johnson all played in LA. Regardless of your personal preference, they are all very good artists.

So, give listening to new music a bit more of your time. True, you may not find another Kinks, Talking Heads, Elvis Costello or Nirvana, but it's quite possible you'll discover a quality band like Fleet Foxes, Arcade Fire or many others worry of attention. If that sounds like too much work, it's fine to stick with your favorites, but don't dismiss a new artist just because they're not The Who. 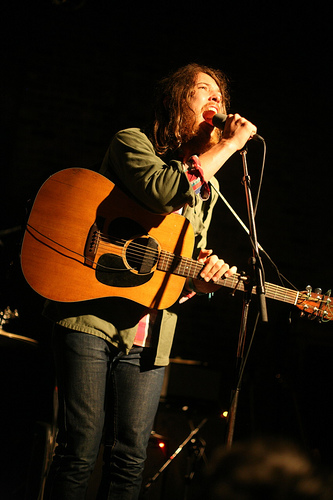 The idea that today's music doesn't measure up may come at least partly from the diminished impact of the album - an unfortunate byproduct of the new delivery systems. The net result simply places us back in the 50's, where songs were all that mattered. Let's remember that for many artists who were not up to the artistic excellence required to compose a narrative piece of art like Blood on the Tracks, The Wall, or Tommy, it was just a collection of songs anyway.

This is not to say there aren't artists still making true albums today, but for the most part, music fans experience them differently. And the luxury for an artist (even major veteran bands) to go away for three years to record the ultimate album is no longer viable in an age when a song recorded last week can be released tomorrow. And why should it be? This new accelerated schedule can be turned into something creative on its own. Witness Kanye's announcement that he'll be releasing a new song each week until Christmas, which is a benefit to fans and the business at the same time.

If the quality of the music isn't the problem - maybe it's not putting in the time to really experience it. There is little investment of ourselves today: no purchase, no time, no effort needed to get to the exact song you want. Snap judgments come too easily. We love that streaming services, embedded playlists and blogs allow us to listen to the latest tracks on demand - and for free. Technology has given us the means to indulge ourselves in instant gratification. Consequently, we're often unwilling to spend the time or money to truly experience a new album or a new artist. And what gave many of the standout artists the time to develop and become great was the investment made by their fans (and labels) in supporting their evolution and allowing them to grow. 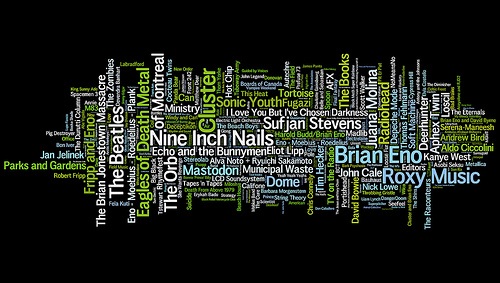 This is not to say music fans of the past were a more pure breed. Had they been able to easily skip through tracks to find their favorites, they would have done so... all the while listening to older generations say that new music was crap.

It's time we stop scapegoating the music itself. Look elsewhere for the cause of the traditional music business's problems. Let's not blame it on the new artists who also have something to say and want to entertain us. The changing fortune of the music business has benefited the music fan enormously. Bad music is nothing new, it was around "back then" too. However, never before has there been a chance to hear such a wide cross-section of new music so easily... and plenty of it doesn't suck.