PLACERVILLE, Calif. (AP) — The California Gold Rush town of Placerville will change its logo to remove a noose that stems from its mid-19th century reputation as “Hangtown” following lynchings of criminal suspects by mobs of miners.

The City Council voted Tuesday night to remove the noose after listening to emotional comment from residents, CBS 13 Sacramento reported.

Some argued that it is part of the history of the town, but others said it is violent and gives the city a bad reputation, the station reported.

The council’s vote was unanimous.

The decision comes amid a reconsidering of images of nooses in the context of racial injustice and the history of violence against Black people in America.

The signs and symbols of Hangtown are commonplace in Placerville, the El Dorado County seat in the western foothills of the Sierra Nevada about two hours northeast of San Francisco.

The circular logo shows a miner washing gold in a stream. The noose hangs from a tree in the background. Written around the image are the words “City of Placerville,” “Old Hangtown” and “1854,” the year the city was incorporated.

Placerville dates to the era when thousands of fortune-seekers from all over the world suddenly descended on California in search of the Mother Lode.

According to the city’s history presentation, the area was first called Dry Diggins — a reference to a type of mining — and then became known as Hangtown when three men — two French and one Chilean — were lynched in 1849 on suspicion of crimes.

The fourth and final lynching occurred in 1850 after a man stabbed someone in a saloon, according to the presentation by Brendan Lindsay, associate professor of history at California State University, Sacramento.

Other lynchings were considered but suspects were ultimately turned over to authorities and the name Placerville rapidly overtook the nickname in published reports. 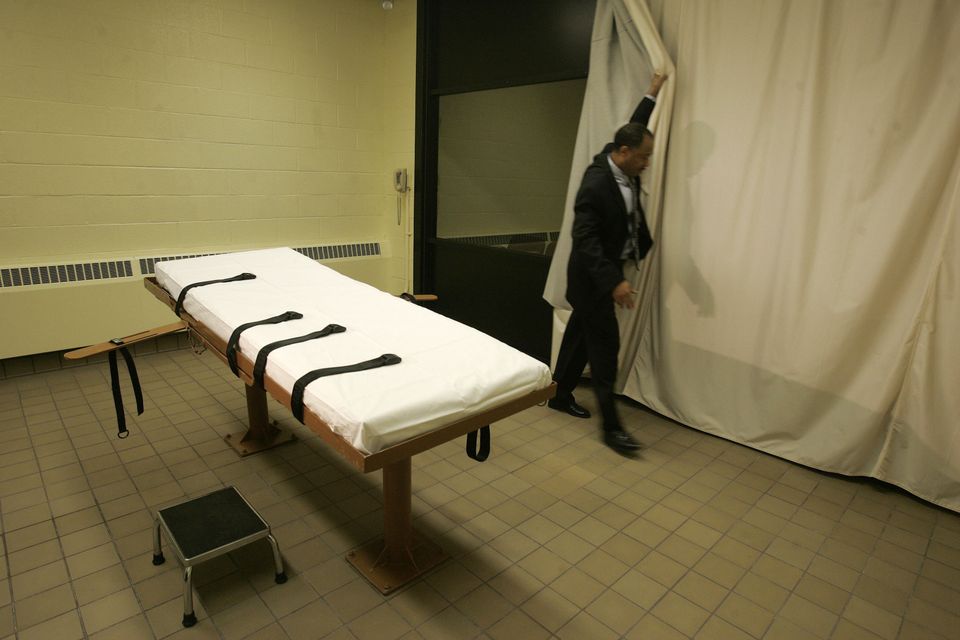 1 / 18
Lethal Injection
<a href="http://www.cnn.com/2013/07/19/us/death-penalty-fast-facts/" target="_blank">Over 1360 people have been executed by lethal injection</a> in the U.S. During the procedure, drugs are administered through several intravenous drips. Until 2010, most states used a three-drug combination: an anesthetic (pentobarbital or sodium thiopental) to put the convict to sleep, a paralytic agent (pancuronium bromide) to paralyze the muscle system, and a drug to stop the heart (potassium chloride). Now, European pharmaceutical companies have refused to sell drugs to the U.S. for use in lethal injections, requiring states to find new, unpredictable drug alternatives.
AP