Every day parents across the country send their children to school to receive the best education possible yet never imagine their children being taunted and teased by their peers. This became a true story for Anastasia Richardson of Tulsa, Oklahoma.

One day in her 8th grade English class as she started to sit down in her assigned seat and saw written on her desktop, "Anastasia Richardson is a Big B****," and other hurtful words about her were said which she could not repeat. The message covered the entire desktop. Anastasia didn't know what she could have done so wrong to receive such a hateful message. In a split moment her happy-go-lucky mood changed to a silent cry... and then to embarrassment. Anastasia then wondered if others could have seen the message. Seconds seemed to last for hours as she struggled with the thoughts going through her mind; she then contemplated erasing the message off her desk and the defacing of her heart. She thought just maybe she should find out who wrote the message and why.

After informing her teacher of what was written on her desk the teacher then spoke to the student that wrote the message. Though the message was wiped away, the message still remained on her heart. In the 9th grade Anastasia had been chosen to be a part of the cheerleading squad. Anastasia enjoyed tumbling and was very excited about the opportunity. As she began her journey as a cheerleader they were required to run three miles, and as the days went on it became a challenge for Anastasia as her knees were in a lot of pain. The doctor had informed Anastasia that her knees and legs were growing at a different rate and that is why she was in pain. Anastasia informed her coach and the coach didn't seem to care. There were other students that had medical issues and had even turned in doctors notes, but were treated equal. Anastasia wondered why she was being singled out. One girl taunted her by saying, "I don't care about your knees. I want to see you do the back-hand-spring," which was one of the tricks the doctor told her not to do. "I don't believe you can do it. Show me."

A bully can make one feel not worthy and can truly disturb one's peace. Though Anastasia was hurt by the way she was being treated, she never allowed it to break her. I believe every child and or adult across the country that has ever been bullied would sympathize with Anastasia because they too have had to face giants of their own. After being bullied you would think that she would take matters into her own hands and retaliate, but not Anastasia for she saw it as an opportunity to inspire the world through her painful experience.

"One day I will change the world, just watch." -- Anastasia Richardson

Bullying not only affects the individual, but it also affects the family. Anastasia's mom stated that she was very heartbroken to learn that her daughter was being bullied and stated that she didn't know how bad it was until she read her daughter's Facebook post that said, "I wish the bullying would stop." Since then Anastasia's music has been touching hearts across the country. Anastasia's goal is to create music that inspires others and share it with the world. Anastasia's band director, along with her singing coach D'lynn Everett and producer Curt Ryle, encouraged her to write an anti-bullying song titled "I am beautiful" and to start her campaign to bring an end to bullying called, "No Not Me." When asked who it is that she admires and finds inspiration she said, "Taylor Swift because she is not only an amazing artist, but she has a good heart." To learn more about Anastasia's campaign you can follow her at the links listed below. 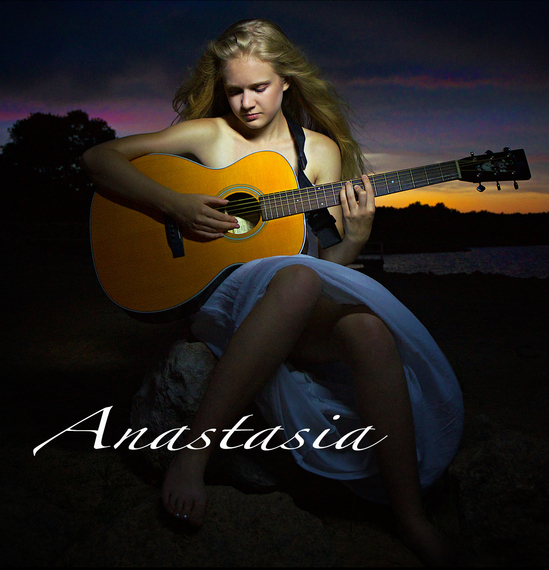