I was flying cross country yesterday watching 42, the wonderful biopic on Jackie Robinson, when I got word that a monument honoring him at Coney Island's MCU park had been defaced by Nazi swastikas and the N racial epithet.

It will take a whole more than that odious hate crime to tear down the legacy of equality and the true level playing field bequeathed to America by Robinson.

The incident brought back memories of 1997, when the Wiesenthal Center's Museum of Tolerance played a role in the nation marking the 50th anniversary of the breaking of Baseball's Color Barrier.

It began with a plea from basketball great Tommy Hawkins, the first African American captain of a major U.S. college sports team (Notre Dame), who was then vice president of the Los Angeles Dodgers. He called Center founder Rabbi Marvin Hier to help intercede with Pasadena's Rose Parade whose leadership had inexplicably turned down the idea of a float honoring Pasadena's most famous native son. It seems that even 50 years later not everyone was ready to embrace Robinson's achievements-on and off the field

As a teaching institution we also decided to create the "Stealing Home: How Jackie Robinson Changed America" exhibition. An entire floor of our museum was transformed into a mini-Ebbetts Field and a traveling version toured Major and Minor League Baseball Parks. I accompanied the exhibit at New York's Shea Stadium the historic night Rachel Robinson and then President Clinton threw out the first pitch honoring her beloved late husband.

What more is there to say about Jackie Robinson's legacy?

Let me share two stories by his former teammates, one white, one black:

The late Dodger legendary Center fielder, Duke Snyder and Jackie Robinson were both rookies that fateful 1947 season. Turns out they had competed against each other in high school. "What people forget is that Jackie Robinson was simply the greatest sports figure ever to come out of Southern California", Snyder told me. "Baseball wasn't even his best sport. It ranked way behind football, Track and Field and basketball. I remember competing against him at a multi-sport event in High School. Jackie had just caught the third out in center field, but instead of returning to the dugout, he hopped the fence, anchored the last 100 yards of a team relay race and returned to the outfield without missing a beat. He was simply incomparable"!

And then there was 6 foot 6 Don Newcombe, ever the imposing figure who told me, "I begged Branch Rickey to let me be the first Black player in the Majors. Why Jackie? He wasn't even nearly the best black baseball player."

"And what will you do the first time someone from the other team calls you a 'nigger'"?

"At that moment I knew that Mr. Rickey was right. Somehow he knew that only Jackie had the inner strength to withstand the hate", Newcombe added.

"So when did the Dodgers call you up," I asked. "The following summer, after opposing pitchers continued to throw at Jackie and rookie Roy Campanella's heads. "Within a few weeks of me and my 95 mile an hour fastball arriving, those beanings stopped," he added with a smile. 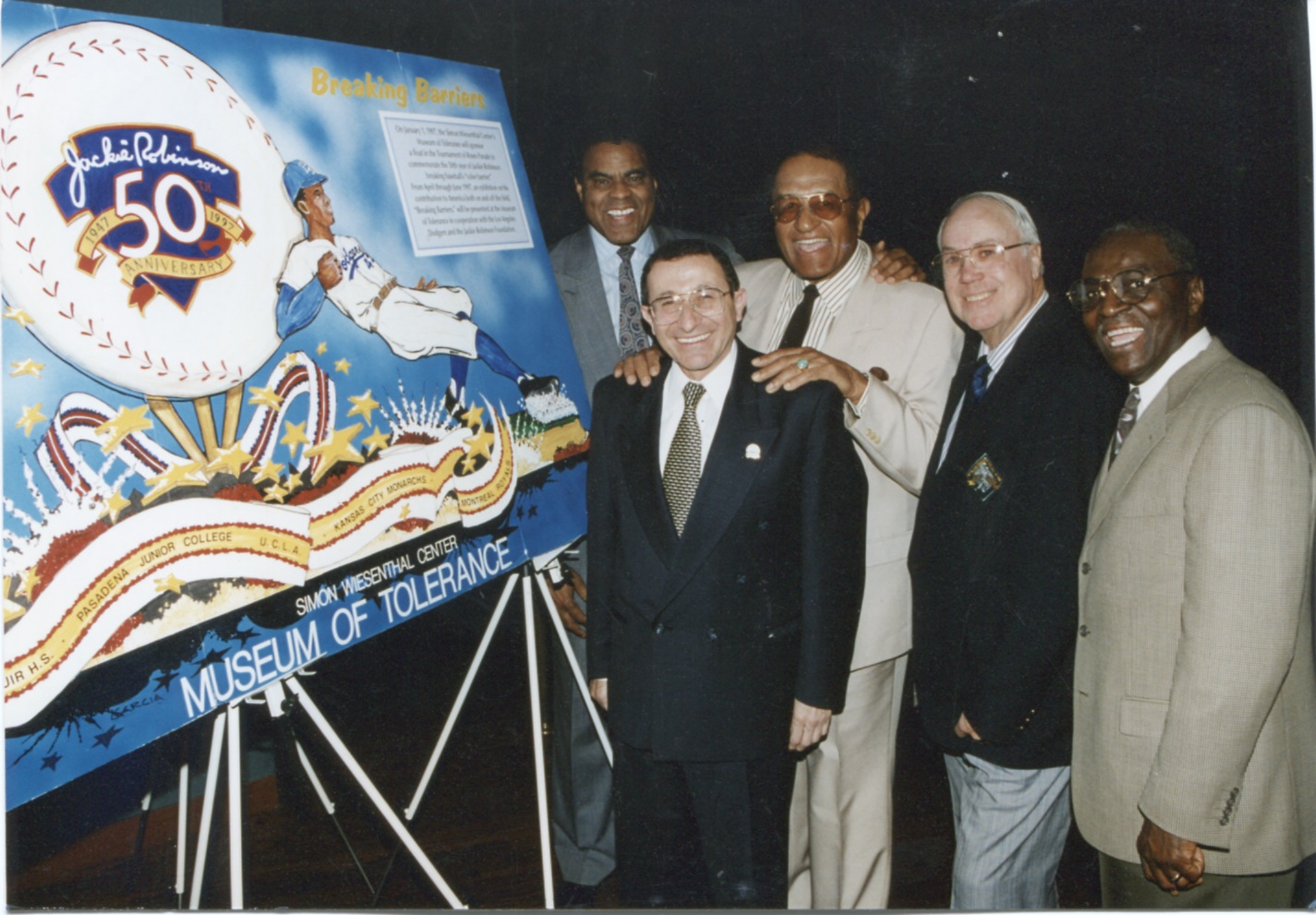 There were many heroes of the road to equality but no one did more to show Americans the road to a level playing field than Jackie Robinson. No ugly graffiti, no racial slur, will ever succeed in diminishing the shining achievements of a man who changed America.