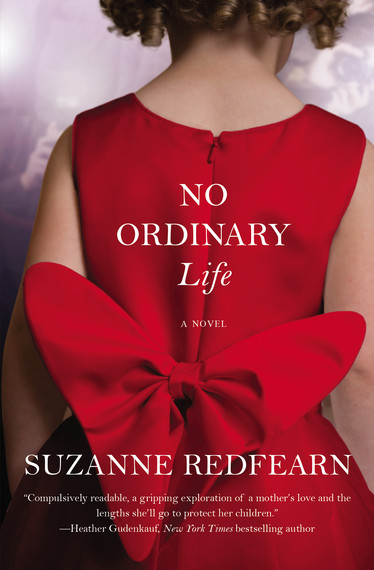 Suzanne Redfearn's novel, No Ordinary Life, explores the age-old question: what price are you willing to pay for fame. But she does so with a twist: how much would you be willing to let your children pay? When not only one but two of Faye Martin's children find fame in Hollywood, along with all of the perks and risks the lifestyle offers, how far will she let them go?

Your author's note demonstrates how deeply you explored the experience of childhood fame. What lead you to this topic?

It was really just a fluke. I knew my editor wanted me to write another story about a mother protecting her children, and I just happened to be in line at the grocery store where there was a tabloid with the headline, "Zac Efron Enters Rehab Again".

My daughter was a High School Musical fan when she was little, so I felt like I had watched Zac Efron grow up, and to know he was suffering and that his suffering was being made public made me feel horrible for him and for his parents. And right then and there, the idea Child Star popped in my head. At that point I wasn't certain what the story was going to be, but I liked the idea of exploring what goes on behind the glitz and glamour that causes so many young actors to suffer such tragic setbacks and downfalls. 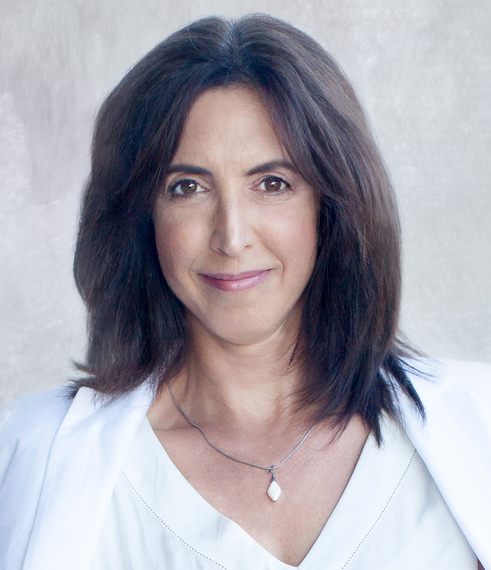 Molly really comes to life on the page of this book, making it easy to see how this little girl became a star. What process do you use to build such memorable characters?

I read every autobiography from every former child star I could get my hands on, and two child stars really stood out to me: Jodie Foster and Shirley Temple. They were incredibly precocious, talented and brilliant beyond their years, and therefore destined for superstardom once the spotlight found them. I knew I wanted Molly to be catapulted to that kind of fame, a runaway train that left her mother grasping to hold on as Molly's celebrity swept her away.

And Faye was inspired in part by Pattie Mallette, Justin Bieber's mom, a young single mom who was struggling financially and whose child was discovered through a YouTube video. After taking inspiration from these real people, the characters took on personalities and traits entirely their own. It's a strange phenomenon, but it really is as if the characters come to life and become real, and once that happens, I feel like my job, as the author, is to channel them as honestly and to tell their story as sincerely as possible.

Hush Little Baby, your first novel, also features a mother that must be cunning to save her children. What appeals to you about this theme?

Suzanne Redfearn HeadshotIt's universal. Everyone can relate to the terror of a child being in danger and to a parent's desperation to protect them. And of course I am a mother myself, so I relate to my protagonists in a fundamental way. I didn't set out to write stories about moms protecting their children, but if that's the direction my readers and publisher want me to go, I'm happy to continue with it. It's a subject with infinite possibilities.

I see from your biography that you began your career as an architect. How does your training influence your writing process?

The two creative processes are surprisingly similar, and I find my architecture training really influences my writing. In architecture when I begin a project, I start with an inkling of an idea then set to work researching the site, the clients, the surroundings, and the history around it, then I throw as many ideas as come to me down on paper and see what comes of it, waiting for the "terroir" (a winemaking term that means the specific characteristics of a vineyard) to determine what the project wants to be -- the sculpture hidden within the stone so to speak. Writing is the same.

I start with the germ of an idea -- celebrity and what it does to a person and the people around them -- then I research everything I can about the subject, going wherever the idea takes me and not censoring myself at all, trusting that every path will lead me closer to the story. Then I write, write, write -- pages and pages of notes, passages, dialog, chapters, plot lines -- until the characters begin to emerge and the story begins to tell itself, the single right story that wants to be told.