Its too bad that you didn't get your props er, proper appreciation, from the Oscars. But know that I got you. There's no doubt you were among the very best for me in 2013. So as we inch up to the big day, I'll always be confused about why things didn't jump off for you better.

The elements were in place: a ripped-from-the-headlines story of a man unlawfully killed by the law; a scrappy director and cast that was the talk of the town at Sundance a year ago when you snatched the Grand Jury Prize; the backing of the Weinstein Brothers film company; Oscar winner Forest Whitaker as Executive Producer and Oscar winner Octavia Spencer in a key supporting role. It don't get much more sure-shot Hollywood than that. 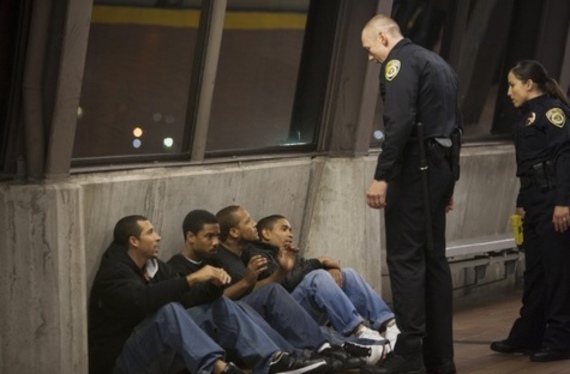 Scene from the film Fruitvale Station. Photo by Ron Koeberer.

You told a real story that was so fresh and poignant and dramatic. And even though some of us knew how the story would end -- Oscar Grant needlessly killed by a BART system police officer in Oakland -- we were still gripped at all of the events that led to that fateful moment and got a glimpse into the story of this everyday man doing his everyday thang. A story that caused deserved protests and public outcry and called law enforcement processes into question. Folks like Color of Change, Occupy Oakland, NAACP, and the Advancement Project have maintained their vigilance about what justice for Oscar means.

The fact that you told the story of Oscar Grant not with a lefty-meets-Hallmark romantic washover, but rather, as he lived his life, brought a humanity and appreciation for his life and for the power of storytelling in general. We see his flaws in keeping a job, smoking weed, lying to his mom while at the same time being a caring father, fighting past demons and stopping to help a dog rest in peace. He was no saint. Just a black man getting his hustle on through the day.

The fact that your director was a young first-time, African American from Oakland named Ryan Coogler and that the lead was Michael B. Jordan ("Wallace" aka "Bird" from The Wire) gave the whole thing a level of authenticity. Like the other Michael Jordan, we saw a high-flying-360-degree-death-defying-dunk of a performance. Oakland homies would respect it and most film critics would go on to lift it up with a Metacritic Score of 85 percent. About Coogler alone, Joe Morgenstern of The Wall Street Journal (who gave you a 100 grade) wrote:

"At the age of 27 Mr. Coogler seems to have it all, and have it firmly in place a clearsighted take on his subject (no airbrushing of flaws or foibles here, just confident brush strokes by a mature artist); a spare, spontaneous style that can go beyond naturalism into a state of poetic grace, and a gift for getting, or allowing, superb actors to give flawless performances." 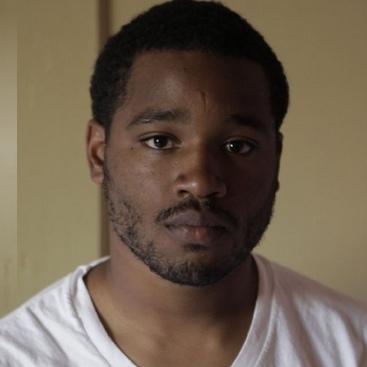 So what went wrong? Why haven't we seen you this awards season? That's the part I'm trying to figure out. Some say it might have been timing. Now, Fruitvale Station, you were released as a film in July which is the latter half of the year but arguably still too early for Oscars momentum. I'm reminded of a similar fate that almost befell your cousin film Beasts of the Southern Wild last year -- good indie movie with black people in it that didn't star A-listers like Denzel. Beasts was at least able to get some key Oscar nominations even though it had no wins. And we got to see young Quevezhane Wallis on the red carpet get her due.

I'm a voracious filmgoer who also happens to be a black man and its true, you affected me from that standpoint. So much so, I could not bear to go see you the weekend you opened in Los Angeles because it was the same week the Trayvon Martin trial verdict was announced. Too much on-screen death and injustice of young black men for one week, I recall thinking. In fact, it was hard to write this blog in the wake of the Jordan Davis murder trial recently.

Now I'm not going to get on a rant about your being a 'defining film of our time' or pretend that watching you, Fruitvale Station, will somehow make us all think differently about racial injustice, stereotyping, profiling, stop-and-frisk, or riding while black. Even though I think that's all true and is possible if more people see it.

And maybe the fresh-in-our-minds racial injustice thing is, oddly, the very contributor to the snubs this awards season, with the exception being for the Independent Spirit Awards, where you do have some good nominations -- 3 to be exact -- including "Best First Feature." The truth of the matter is that 2013 saw a range of black men portrayed in major films. And that is a very good and overdue thing.

But perhaps the historical portrayals of Forest Whitaker's Cecil Gaines in Lee Daniels' The Butler or Chiwetel Eljifor's Simon Northrup in 12 Years A Slave were black men easier to absorb with more time and distance than say, Oakland in 2009.

Of course, that argument wouldn't quite hold up when compared with the accolades bestowed upon a film about another man in recent years getting through his day until met by Somali pirates -- Captain Phillips.

There's the 'but this film condones a criminal protagonist,' argument, as yes, Oscar Grant was in and out of jail. Hmmm. Seen Wolf of Wall Street? Next.

Some might say, "Well, 2013 was an amazing year for film and there were too many good ones." And I'd have to agree that it was one of the best in a very long time. But the Academy could have made up to 10 nominations. Instead, they went with 9. Seems like they could have given you a seat on the Oscars train, Fruitvale Station.

There's a recently published book called The Griots of Oakland, by Story for All, Healthy Schools and Communities, and African American Oral History Project in conjunction with the Oakland Unified School District. It is page after page of observations and reflections by young black men in Oakland, some too young to know first-hand about Oscar Grant. It's a beautiful and poignant portrayal of raw emotion and identity.

In one section, the young men are asked "If you could change one thing about yourself, what would it be?' One young man answered "Not to get angry at people, if it was like, a mistake..."

Fruitvale Station, I guess that's what we're gonna have to do. Not get angry.

There will be no Oscar at the Oscars. We'll see you at the Spirit Awards. Keep ya head up.

A sociocultural writer and thinker keeping it vibrant and spicy -- Politics, Culture, Travel, Whatever