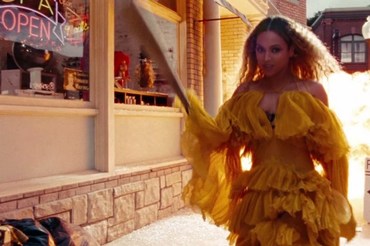 Celebrities have the unenviable position of having their private lives on public display. Sometimes this is by design and other times it is upon the persistent scrutiny of enquiring minds. I was struck by a social media "dialogue" on the message of rage expressed in Beyoncé's "Lemonade" about alleged infidelities in her marriage. The post implied that she was wrong for wanting to "f*** a b***h up." This made me think, Are they mad that she feels that way or are they mad that she said it?

It is humanly natural to feel enraged after an infidelity of any kind is committed. Whether in marriage or a committed relationship, the trust that is broken when one partner strays is heartbreaking. For married couples, infidelity is literally breaking a vow to be faithful "for better or for worse." It is no less heart-wrenching for unmarried couples by any means. "Lemonade" gives us a glimpse into a very vulnerable expression of dealing with personal heartbreak. Throughout the visual album, Beyoncé destroys things with her bat and talks about wanting to "to f*** a b***h up." And there is nothing wrong with that!

Hold on! Hear me out!

There is nothing wrong with FEELING rage! While I am not an advocate for violence, I am an advocate for embracing emotions and feelings as a part of healing by acknowledging that it exists. Suppressing negative feelings sometimes brings more harm than help to the situation. Regardless of the circumstances, infidelity sends a message to a woman that she is not "good enough" and causes her to question her self-worth. Whether the world looks upon her as "pretty" or "ugly," infidelity creates a self-image of ugliness that can destroy and consume. A tarnished image of one's self can morph into feelings of revenge, anger, guilt, and envy.

As Beyoncé displayed, the first inclination is to attack the other woman. That's the hypocrisy of rage sometimes. Should the anger be directed at the other woman or at the man who cheated? It is harder to be angry at someone you love than to be angry at the one who your love cheated with. But the reality of the situation is that whether the other woman instigated the betrayal or not, she is not in the relationship with you. She is not the person to blame. Ultimately, the only one who should be held accountable is the man who cheated.

When infidelities are uncovered, men sometimes have the tendency to make their actions seem as if they are the result of the woman's inadequacies -- she didn't do this or she did that. More often than not, these reasons don't fully support the man's choice to break his vow of fidelity. Instead of dealing with the reason he feels unfulfilled in the relationship, he chooses to get an escape. This gives rise to a paradox in relationships -- men and women are often frustrated with each other for unspoken expectations, yet they abdicate responsibility for withheld communication. In other words, they fail to take responsibility for their choices by choosing to remain silent and selfishly expect the other person to know what they need. They don't have the courage to tell their significant other what they really need. Unvoiced expectations create disappointment and assumptions that lead to misunderstandings. The end result of it all makes women mad!

Rage is a good thing. Rage is the outward acknowledgment of the hurt, pain, disappointment, disgust and unworthiness that a woman ultimately feels. Rage that is suppressed eats away at the soul and slowly kills from the inside. But a woman can't get stuck in destructive rage. It will cause her to act out on her feelings in a way that will not only be unhelpful but could land her in jail. The lawyer in me can't help but think about the charges emanating from Beyoncé's casual stroll with her bat! I am still appalled by the evidence that Jazmin Sullivan and Carrie Underwood left behind. If you are going to bust up your man's car, don't carve your initials anywhere! Lest I digress...

Artistry gives rise to the ability to feel the emotions of doing what you cannot or will not do in life. Beyoncé was not the first artist to give voice to what other women are feeling and want to say. "Lemonade" is yet another canvas for the rage that women feel, but is not celebrated for expressing. Beyoncé's visceral display of the rage of a woman betrayed is empowering because it is uninhibited. It does not apologize for itself nor dilute itself in nice words but explodes to prevent the inevitable implosion of a festering pain that suffers in the silence of respectability, restraint, civility, and decorum. Sometimes women hold on "for the sake of the children." Her rage becomes a proxy for what many women face and what must be expressed to allow the healing to begin.

R.A.G.E. is ultimately the gateway to healing. You can then REMEMBER who you are, that you are worthy, and what you have learned. You can ACKNOWLEDGE your hurt, pain, needs, and your culpability. While it is not your fault, it may be a response to your actions or behaviors as the other half of a relationship. While you are culpable for your contributions to the relationship, you are not responsible for his choice. The most important step of feeling R.A.G.E. is beginning with GRATITUDE in order to pave the way to GRACE. There is always a reason to be thankful -- sometimes it's the lesson learned or the danger avoided. Most of all, you can be thankful for the strength to move past the hurt to EMBRACE forgiveness. The forgiveness is for you, not for him or for her. It's definitely not about whether you take him back or not. Forgiveness is not a surrender, but a fortification and acquisition of power to heal. 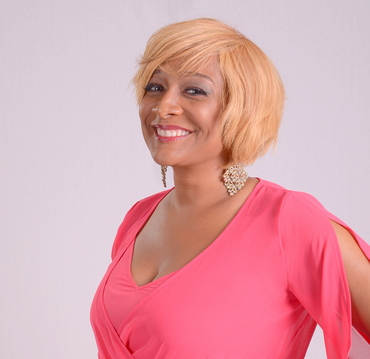 Stephanie Barnes Taylor is the CEO of The Fruition Group, LLC. A former corporate attorney and executive, Stephanie works with women to help them find their inner leader through her transformational coaching program, Fabulous University--where women learn to lead with brilliance! Stephanie helps women to have a fabulous career, business, and life! Being fabulous is to live and lead boldly, brilliantly, and vividly.
Stephanie Barnes Taylor can be reached at Stephanie@fabulousuniversity.me or call (855) 7-FABYOU. Visit www.stephaniebarnestaylor.com for more information. Follow Stephanie on Twitter and Periscope @crownedatbirth or www.facebook.com/StephanieBarnesTaylorAuthor