Todd Stern, the chief U.S. negotiator here, must be ruing the day in 2007 when he wrote those lines to former President George Bush complaining about the reliance on unwieldy 200 nations plus negotiations to resolve complex global governance issues.

But Stern found himself this week repeating the exercise, and honestly, with less success than the Bush Administration.

Rio+20 has wound down to its dismal formal end. A good measure of the decline of governmental ambition in the last several years was the contrast between the negotiating sweetener Secretary of State Clinton brought to help move Copenhagen along 2.5 years ago -- a $10 billion U.S. commitment to climate funding -- and her announcement at the close of this Global Sustainability Conference.

Officially, Clinton was committing the United States to $2 billion in support for UN Secretary General Ban Ki Moon's Sustainable Energy for All Initiative, but in reality the only hard, new funds on the table were a $20 million pledge to support energy access for the poor. Since energy access has been getting overall short shrift from most of the players on Energy For All the U.S. commitment -- designed to leverage substantially larger sums of private money -- was welcome. But it was clearly tokenism -- and did little to make up, for example, for the U.S. unwillingness to commit to action on the gradual extinction of the oceans through overfishing for another three years.

Even before this conference began, major players were signaling their frustration with governmental processes. John Kornerup Bang, climate chief adviser at the global shipping company AP Moller Maersk, said a month ago, "The biggest challenge is not lack of technical solutions or lack of knowledge about the situation. The biggest challenge is the ability of countries to reach agreement." And Microsoft announced, in a startling breakthrough, that it would impose a carbon tax on all of its own internal emissions -- and then use the proceeds to make itself carbon neutral. This fascinating mechanism could demonstrate that with price signals the net cost of reducing carbon may indeed be very small, since now every one of Microsoft's operating entities has an incentive to waste not a single ton of carbon. Microsoft's sustainability director, Rob Bernard, pointed out, "While governments have an important role to play, we hope that there is an advantage to moving faster than them."

And Clinton and Microsoft were not the only players trying ends runs around the UN's negotiating process. While the formal communiqué's emerging from the Rio+20 Conference give an almost slighting reference to Secretary General Ban Ki Moon's Sustainable Energy For All leadership, initiative and its goals, that is not preventing an alliance of the willing from emerging within the somewhat tattered, overly formal UN umbrella.

Saudi Arabia may have exercised its sovereign right to shut down significant UN statements -- even non-binding ones -- in favor of renewable energy, but its Persian Gulf neighbor, the United Arab Emirates, hosted a high-level reception for the Secretary General which felt, for all the world, as if the UN family had embraced clean energy access -- except for the countries conspicuous by their absence.

Former Undersecretary of State and Senator Tim Wirth made clear in his remarks that the hallmark of the new Secretary General was new approaches, new emphases -- women, public -- private partnerships, clean energy access. Chad Holliday who leads Moon's High Level Advisory Group in partnership with Sierra Leone's Kandeh Yumkella was even clearer -- for him, the Energy for All initiative is at its core about new public-private partnerships.

And New York Mayor Michael Bloomberg, hosting a day long event for the C40 global cities initiative he leads for climate solutions, made it clear that he wasn't ceding the field to either corporations or individual governments. Noting the sluggish pace of the multinational negotiations, Bloomberg said cities "aren't arguing with each other. We're going out there and making progress."

Civil society is taking new approaches as well. An event by the Sierra Club, the Carbon War Room and Greenpeace, on the opportunity presented by distributed renewable energy to meet the needs of the world's two billion poorest people while simultaneously creating an irresistible momentum behind a clean low carbon future, spent zero energy discussing the formal negotiating text -- instead a diversity of clean energy entrepreneurs, leaders from Greenpeace India, myself and Sun Edison founder Jigar Shah debated the best bottom-up business strategies for providing energy to the 2 billion people at the base of the pyramid before governments and fossil fuel energy monopolies could possibly reach them.

One very exciting -- and for me personally poignant opportunity -- is posed by the leadership of the Chief Minister of Bihar State in India, Nitish Kumar. Kumar won a resounding re-election on a single campaign promise -- providing electricity for the 85 percent of his state's 100 million people who lack it. But Bihar has no coal, natural gas or oil, little hydro, and no vast deserts or mountains for centralized wind and solar. What the state has is a lot of sunshine and distributed bio-mass, so the only way Kumar can deliver on his pledge is with distributed renewable energy. 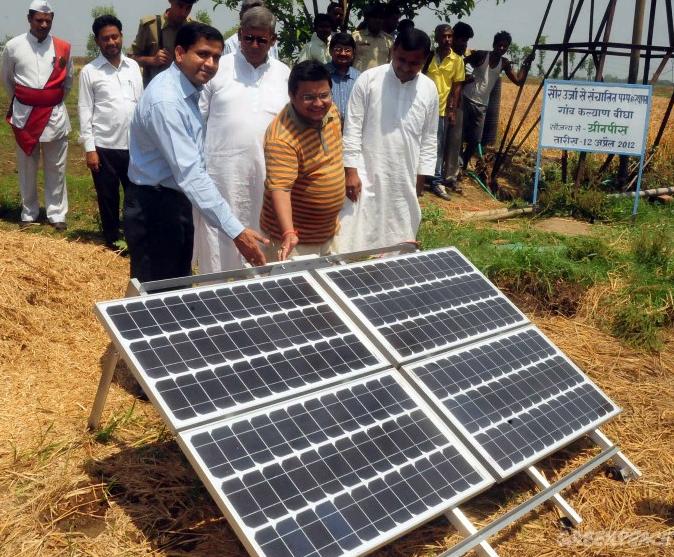 Forty-five years ago I spent two years in a small village on the southern edge of Bihar -- and actually met my first solar power expert, an Indian scientist in a neighboring town. But Bihar then, and for 40 years until Kumar came to office five years ago, was legendarily India's basket case. Now it boasts enormous annual growth in GDP. If it can be electrified, the world may have found its renewable energy powerhouse. But no one has ever done this before with distributed electricity -- so the debate on how to do it fastest is spirited.

But Todd Stern's acerbic, if perhaps regretted, comment in 2007 begs the question -- if ponderous conferences of distracted and un-ambitious governments are, indeed, no way to run a planet, so are cobbled together partnerships among private and non-profit parties. For example, the single biggest piece of policy alignment that would help move the Secretary General's vision of Sustainable Energy For All forward would be elimination of fossil fuel subsidies, which the International Energy Agency says are responsible for a full 5 percent of the world's carbon emissions. Subsidized kerosene combined with tax-laden renewables tilt the playing field against the future. But ending subsidies, though officially called for years ago by the G20, went nowhere in Rio.

Thousands of committed, informed leaders who gathered in Rio knew -- and know -- that global, governmental collaboration must somehow be restored -- and that no progress in that direction was made here. Which is why it ended so sadly.