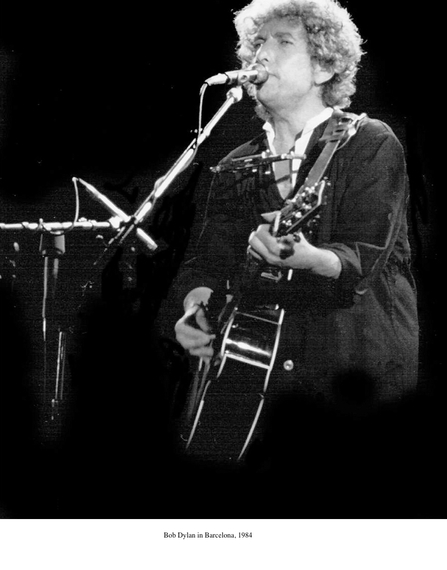 A most welcome surprise of the last week was the announcement that the 2016 Nobel Prize in Literature was awarded to Bob Dylan. Yes, to Bob Dylan! -- one of the most esteemed and beloved American musicians. And of course, he's a great poet as well. In more than a 100 years of its existence, the Nobel Committee has never given an award to either musicians or to visual artists. 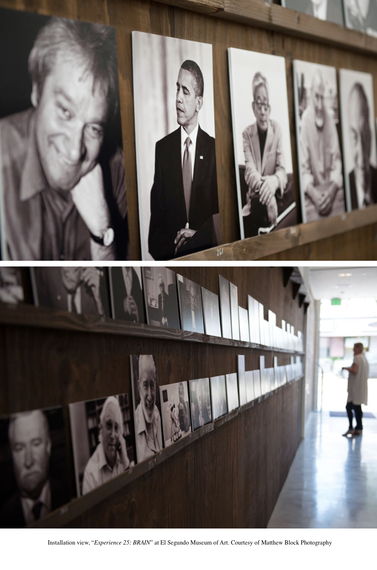 The new exhibition at the El Segundo Museum of Art, BRAIN, features several hundred portraits of Nobel Prize recipients taken by German photographer Peter Badge. Among them are familiar --and sometimes unfamiliar-- but always simpatico faces of physicians, economists, writers, and Peace Prize winners such as Jimmy Carter and Barack Obama. It's a very timely and inspirational exhibition that makes you proud to be a member of the homo sapiens. But this exhibition left me wondering... isn't it time for the Nobel Committee to acknowledge the great contributions to humanity made by artists and musicians? 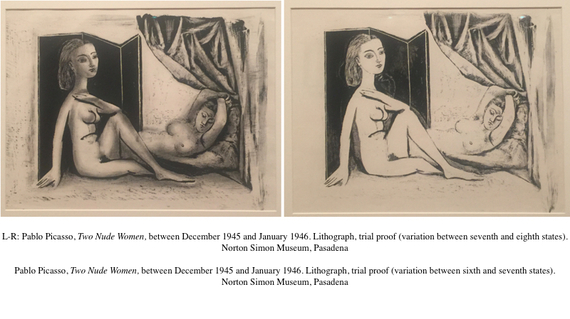 Of course, it's a little bit too late to give a Nobel Prize to Picasso or to Stravinsky. I'm thinking about Picasso because of the excellent new exhibition at the Norton Simon Museum in Pasadena, States of Mind: Picasso Lithographs 1945-1960. The exhibition has a particular focus -- 86 lithographs that give the visitor insight into Picasso's very intimate process of working on and editing his images step-by-step. On a few occasions, standing in front of a dozen variations of the same image, it was simply impossible for me to decide which one I liked the most. 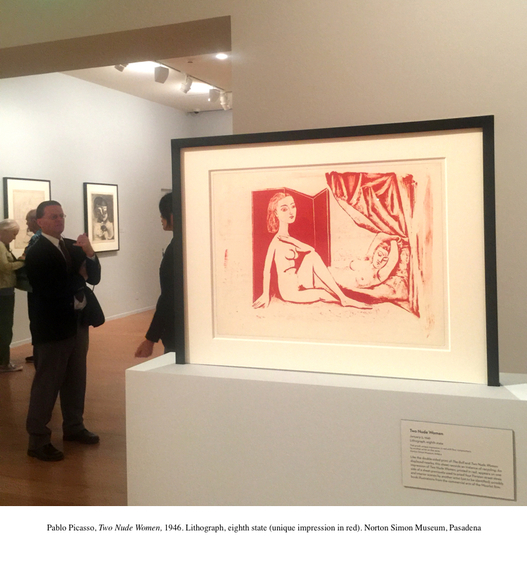 One unique lithographic print with the image of two nude women, where Picasso switched from black ink to red, is simply a knockout. While novels and poems of the great writers must be translated into many languages to be accessible to readers around the world, the works of great artists such as Picasso don't need translation. His art speaks directly to us the very moment we encounter it. 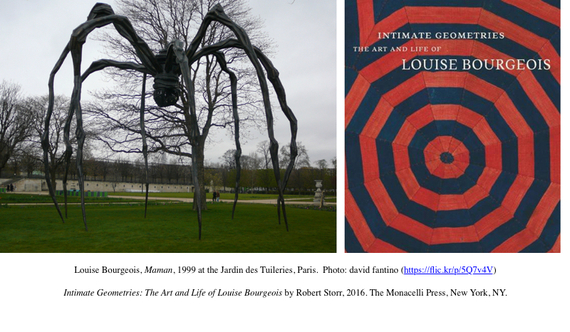 My coffee table is currently being crushed under the hefty weight of the new monograph by Robert Storr, Intimate Geometries, dedicated to the great artist Louise Bourgeois (1911-2010) who died a few years ago at the age of 98. She worked until the very end of her life. There are 800 pages of text plus 1000 photographs. It's amazing to learn that she received international recognition when she was already in her 80s. But her genius is so obvious even in her much earlier works. The question is why it took such a long time for the art world to catch on. In my opinion, she would be a great choice to win the Nobel Prize in Art. 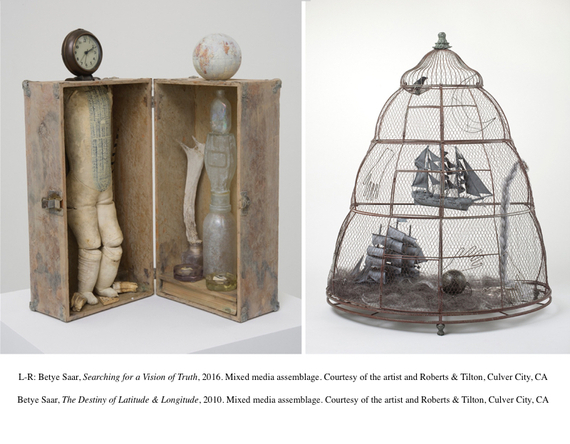 And here's another wonderful artist, Betye Saar, celebrating her 90th birthday with exhibitions at the Roberts & Tilton gallery in Culver City. It's a mini-retrospective, with some works dating back decades and some made as recently as this year. This exhibition coincides with Betye Saar's impressive museum show at Prada Foundation in Milan. Both exhibitions demonstrate not only the wide range of the artist's subjects and media, but also the very fact that Betye Saar continues to be at the top of her game. 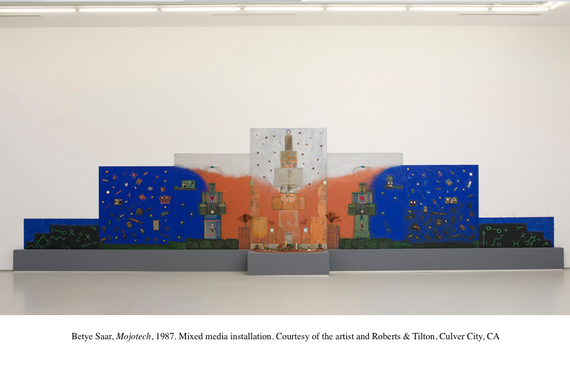