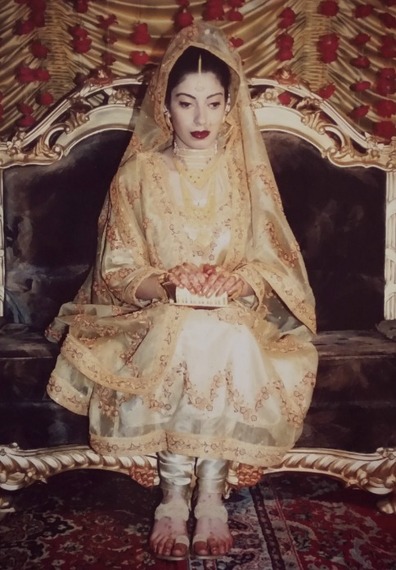 The room was in pitch black darkness.

It had the smell of fresh paint and the threat of unfamiliarity.

He used one hand to pin my arms above my head, and the other to try and control my struggling legs.

I could feel the metal chain of his watch scraping my inner thigh.

With a tug of desperation, I set my arms free and tried to push his chest away.

He immediately pressed his palm on my mouth.

"You can try and scream if you want", he whispered. "But we're on the third floor and everyone else is at the bottom of the house. No-one will hear you."

Nonchalant. That's how I'd describe his tone.

Like I'd bought a new TV and he was explaining how I should work the remote.

There was one intended outcome, and my struggle wasn't a part of it.

How did I get here?

This man, who was barely the same height as me -- how did he have the strength to overpower me?

Why hadn't I seen this coming? And when it started, why couldn't I stop it?

For someone so strong willed and outspoken, I certainly wasn't using my powers to my advantage.

You can't win them all.

I was raped, once is something I'd come to tell less than a handful of people over the next few years.

It's the story I'd reluctantly share with friends when we'd tell the tale of how we lost our virginity.

"Oh, I don't want to talk about it", I'd mutter, staring at my hands. "I was married. And he forced himself on me."

Using the 'R' word out loud would never be possible. It's heavy -- with judgement, remorse and shame.

It's a serious thing, this business of rape. A scandalous thing. A surprising thing

And when your husband delivers this scene in your life, it's a shocking thing.

A rapist is someone who lurks in dark corners, impatiently awaiting his prey.

He's someone that attacks you after you walked down a dark street on your own at 3am on a Friday night, when your friends took a cab and you decided you needed some air.

He has a weapon. A plan. A sick mind.

He isn't someone you agreed to marry; the man that's supposed to protect you.

Though my marriage had been arranged, I'd wholeheartedly said yes to it.

Nobody had tied me to a chair, pointed a knife to my face, and said: Do it or die.

I had the freedom to choose.

And I'd said yes.

The thing I hadn't banked on was my wedding night marking the moment I'd begin plotting my divorce.

My henna hadn't started to fade and already I was looking for a way out.

The next morning was a flurry of activity.

The reception day of a wedding means more make-up, more gold and a new outfit.

Only this time, my smile was forced, my shoulders were slumped, and the light behind my eyes had vanished.

I wept when I saw my mum.

"You missed us, didn't you?" She put her arm around my shoulders, laughing at how silly I was.

I couldn't bring myself to tell her

Would she believe me? Was I remembering it correctly? Would he talk his way out of it?

Eventually I'd start talking about it. Sharing the experience but being careful not to reveal any emotion. Give an overview with a focus on the aftermath.

Faking a smile. Lying and saying I'm better now than ever. The experience gave me wisdom and perspective.

I was scared, but the experience gave me strength.

It was a shock, but told me everything I needed to know about him.

The night was unexpected, but I was young -- I had time to process it.

The more I talked, the more opinions I received.

As it turns out, opinions on the entire affair were decidedly different.

WHAT?! You should have divorced him the very next day! But look, you came out stronger for it. Now, go see a therapist ...

But compassion? Compassion had a characteristically unique take:

He was raised in a society were men and women are segregated. Most men want to get married because they can legitimately have sex. They follow the rules so they can do what they're biologically called to.

Your respective views of marriage were different. You think marriage is about respecting and understanding each other before you have a physical relationship. And he? Was purely acting out his right as a husband. In his mind, he wasn't forcing himself on you. He just didn't have the capacity to understand your perspective.

Compassion would gently encourage me to forgive him.

Be the bigger person. Understand his background and the way he was raised. Piece together his experiences and consider how he is who he is.

Not when you want to forgive, but you keep circling back to that night he told you that you wouldn't be heard. That your voice didn't count. It had the echoes of a threat. It felt like a betrayal.

Forgiveness may not be easy, but there's something to be said about reflection. To look back and observe from a new place.

I see it now: It was the moment I became an adult.