Whether Rihanna's new duet with Chris Brown is called "Nobody's Business" or "Nobodies Business," one thing is clear: The song -- a Michael Jackson-y throwback with auto-tune and lyrics like "It ain't nobody's business; just mine and my baby" -- is a straight-up smash. Just as long as you can get past the idea of Rihanna and Brown being together in any capacity.

"The whole thing caught me a little off-guard to be honest ... especially the amount of ... negative attention. Because it never occurred to me how this was going to be a problem. It really didn't," Rihanna told Esquire U.K. about earlier outrage over a "Birthday Cake" remix she did with Brown. "I thought people were gonna be surprised that we finally did a record together, but I didn't see how people could think it was a bad thing. In my mind, it was just music."

Brown assaulted Rihanna in 2009 before the Grammy Awards. He pled guilty to felony assault in June of that year and was sentenced to five years probation.

Beyond that, there's also controversy about the new song's title. Rihanna -- who is the middle of a whirlwind, seven-city tour -- tweeted a picture of the track-listing for "Unapologetic," her upcoming album, with the song spelled as "Nobodies Business." The track, however -- which leaked online on Thursday -- is also being called "Nobody's Business," which is grammatically correct.

Listen to Rihanna's latest song above. Check back to HuffPost for more before "Unapologetic" arrives on Nov. 19. 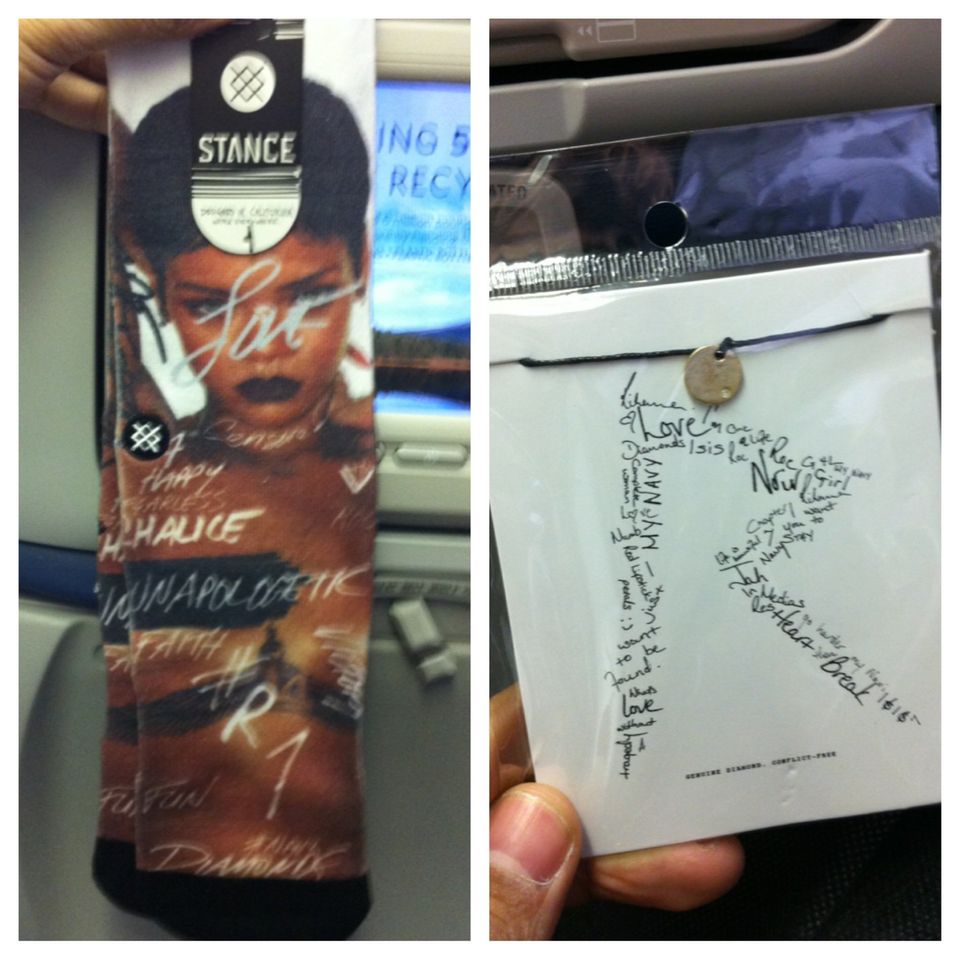