NEW YORK -- An unarmed 22-year-old man shot and killed by a New York City police officer during a traffic stop in Queens Thursday morning was a member of the New York Army National Guard, authorities said.

Police said Noel Polanco was speeding and driving erratically near LaGuardia Airport just after 5 a.m. when he was pulled over by officers. New York Police Department sources initially told news outlets that as two officers approached the car, Polanco reached under his seat, prompting Detective Hassan Hamdy to shoot him once in the stomach. Polanco died shortly after being taken to a nearby hospital.

No weapons were recovered from the car, but a hand drill was found under the driver's seat, police said.

NYPD spokesman Paul Browne said Thursday afternoon that a passenger in the car described as false the initial account that Polanco reached under the seat.

“The last thing she saw was his hands on the steering wheel,” Browne told The New York Post.

The shooting is now under investigation by Queens District Attorney Richard Brown, a spokeswoman for his office confirmed.

Amanda Reyes, Polanco's sister, was shaken when reached by The Huffington Post on her brother's cell phone. She said her father had died earlier this year.

Reyes said she had been told little about the shooting, but she rebuked the police for killing her brother.

Her entire family was in shock, said Reyes.

According to an Army spokesman, Polanco enlisted in the New York Army National Guard in April 2008 and was assigned to the 156th Engineer Company out of Kingston, N.Y. He did not serve in Iraq or Afghanistan and had no record of misbehavior. He lived in LeFrak City in Queens.

CORRECTION: An earlier version of this story said Amanda Reyes told HuffPost that her father had committed suicide. She said only that he had died earlier this year. The New York Post has reported that a friend of Noel Polanco's said Polanco's father had killed himself.

The story had also misspelled the name of the officer who shot Polanco. He is Detective Hassam Hamdy, not Handy. 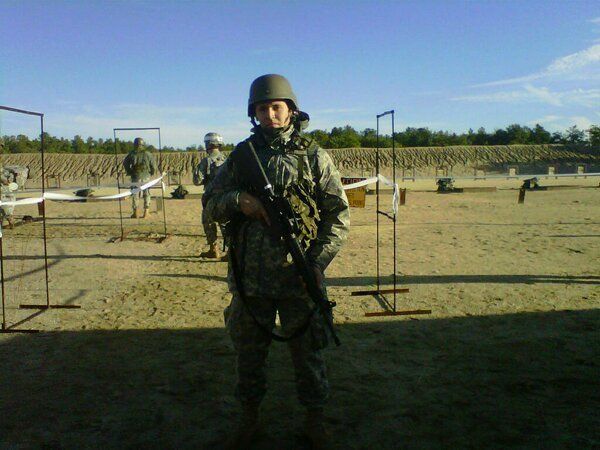