In a shoot timed to coincide with the U.S. Supreme Court's decision on the constitutionality of DOMA and Proposition 8, the NOH8 Campaign today released NOH8 portraits for the 67 Members of Congress who took part in its third NOH8 on The Hill event, which took place in Washington, D.C., on June 13.

NOH8 on The Hill III marked the first time ever a U.S. senator has posed for a NOH8 photo. Not one, but two senators participated in the shoot: Sen. Martin Heinrich (D-NM) and Sen. Richard Blumenthal (D-CT).

Equally as groundbreaking was the participation of Congresswoman Ileana Ros-Lehtinen, of Florida's 27th District, who became the first Republican Member of Congress to lend support to the NOH8 Campaign.

(See a selection of the NOH8 photos in the slideshow below)

PHOTO GALLERY
NO H8 On The Hill 3

The event, organized by the NOH8 Campaign and the office of California Congressman Alan Lowenthal (CA-47), featured a record-setting number of participants. The very first NOH8 on The Hill event took place on February 15th 2012, with 10 Members of Congress taking part. That was followed by NOH8 on The Hill II some seven months later, on September 13th 2012, when a further 26 Congressmen and Congresswomen posed for photographer Adam Bouska.

The groundswell of support generated by NOH8 on The Hill III now means that, after deducting duplications, exactly 100 Members of Congress have demonstrated their support for marriage equality via the NOH8 Campaign. Arguably the huge increase in portraits at this year's event can be attributed to the proximity of the shoot to the Supreme Court's ruling on Proposition 8 and DOMA and the fact that a growing majority of Americans are now in favour of marriage equality.

In the words of Adam Bouska:

The growth of NOH8 on the Hill in so short a time -- from ten participating Members of Congress to 98 Members of Congress and two U.S. senators -- proves that hearts and minds are changing across the country. We're on the cusp of marriage equality, and we're proud to have these elected officials sending a strong, clear message of support: No Hate.

House Minority Whip Steny Hoyer (MD-05), who participated in the event, added, "By giving our thumbs-down to hatred, intolerance, and injustice, we reaffirm the principles that make our nation great. The march toward full equality for all Americans, including same-sex couples who wish to marry, continues."

The entire 2013 NOH8 On The Hill shoot, including quotes from each participant, can be found at the NOH8 Campaign blog.

NOH8 portraits, created by NOH8 Campaign co-founders Adam Bouska and Jeff Parshley, feature individuals with duct tape over their mouths to symbolize the voices of equality being silenced by laws like DOMA and Proposition 8. The NOH8 face tattoo worn by participants symbolizes solidarity with others standing up for equality.

House Democratic Caucus Chairman Xavier Becerra (CA-34), who took part in NOH8 on The Hill III, added: "NOH8 On The Hill, NOH8 anywhere. No American, regardless of who they love, should be denied equal protection under the law. History is on our side and our march towards justice will prevail." 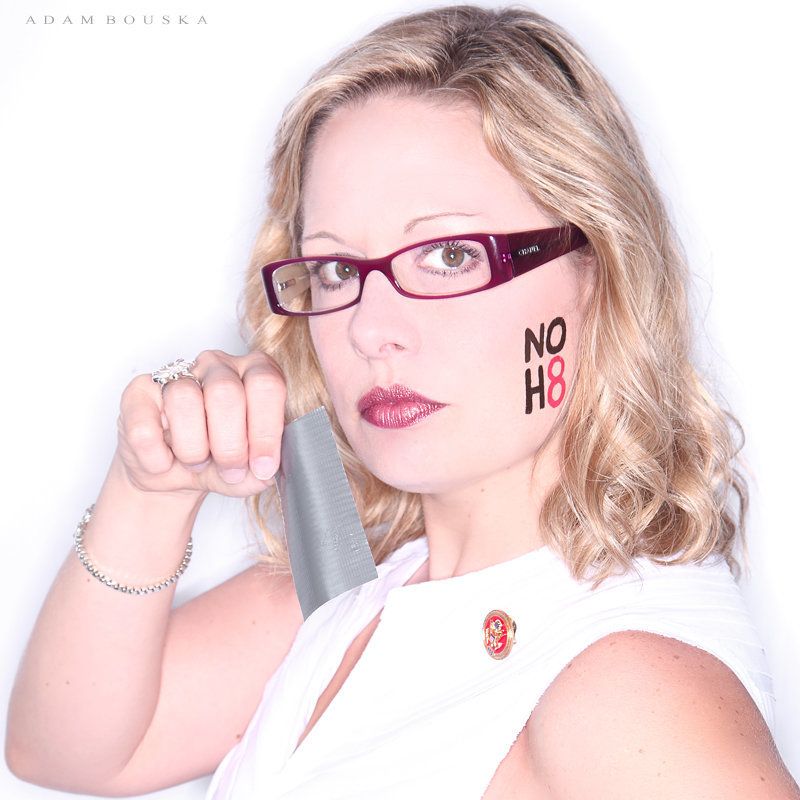