Life is pretty sweet for the women of Noiva Do Cordeiro.

According to the Telegraph, they have constructed a society in the southeast part of Brazil that is communal, egalitarian and almost all-female.

But some of the women in the town say it would be nice to have a few more dudes in the mix.

"I haven’t kissed a man for a long time," Nelma Fernandes, 23, told the Telegraph. "We all dream of falling in love and getting married. But we like living here and don’t want to have to leave the town to find a husband. We’d like to get to know men who would leave their own lives and come to be a part of ours. But first they need to agree to do what we say and live according to our rules.”

There are a few married women in Noiva Do Cordeiro, but their husbands work in cities no closer than 60 miles away and tend to only live in the town on weekends.

Both the Telegraph story and other outlets portray the desire for more members of the opposite sex in the town as a desperate plea to men to help them "shoulder the burdens" of everyday life.

But judging from what the residents have actually said, that doesn't seem like what's going on.

"There are lots of things that women do better than men," Rosalee Fernandes, 49 said. "Our town is prettier, more organized, and far more harmonious than if men were in charge. When problems or disputes arise, we resolve them in a woman’s way, trying to find consensus rather than conflict."

So it appears more like these women have created a society of anarchist anthropologists' dreams and some of them would like to hang out with guys more, provided they don't tear the town's social fabric to shreds. 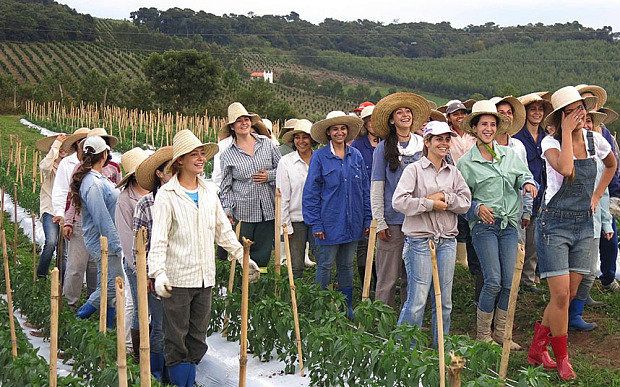