Nokia recently unveiled its new E7 smartphone, a phone the company claims is "the best business device Nokia, or anyone else, has ever produced," according to Engadget.

Boy Genius Report outlines the features of the E7, which will be available in the fourth quarter of 2010 for 495 Euros (unsubsidized): "The E7 [...] packs a 4-inch, polarized, AMOLED display that has a 640 x360 resolution. The device has a peta-band WCDMA radio, quad-band GSM radio, Wi-Fi b/g/n, Bluetooth 3.0, and GPS. Aside from enough radios to cook a chicken, the E7 also features a full-QWERTY slide and tilt keyboard, 16 GB of mass storage, 8 megapixel camera with 720p video recording and dual-LED flash, HMDI connector, and 1200 mAh battery." The smartphone, one of three handsets announced by Nokia, will be running Nokia's Symbian^3 operating system (See pictures of the other two new phones, the Nokia C7 and Nokia C6, below.)

Engadget, SlashGear, TechRadar, The Register, CNET, and IntoMobile have posted their initial reactions to the new smartphone. We've compiled their thoughts (along with pictures of the E7) in the slideshow below.

What do you think of Nokia's new handset? Weigh in below. 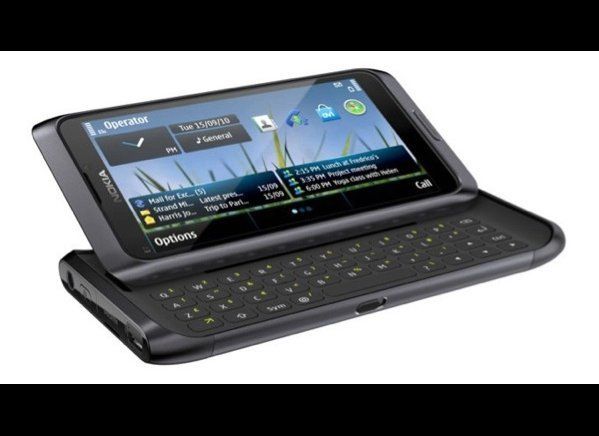 1 / 11
Engadget
"Wow. That's the feeling that hits when you pick up the Nokia E7 for the first time," <a href="http://www.engadget.com/2010/09/14/nokia-e7-first-hands-on/" target="_hplink">Engadget</a> writes. Engadget says the screen is "simply gorgeous" and the keyboard is "the best we can remember using on any Nokia," but remarks the sliding handset is "weird" and notes "jury's still out on performance."