(By MATTI HUUHTANEN, AP) HELSINKI -- Nokia Corp. said Thursday it has begun shipments of its N8 model, a handset that aims to challenge RIM's Blackberry and Apple's iPhone in the smart phone market.

Nokia said deliveries would begin immediately for pre-orders of the touch screen model, which had received "the highest amount of consumer pre-orders in Nokia history." Worldwide availability would be "in the coming weeks" and will vary by country, Nokia said.

The N8, which looks like an iPhone, features a 12-megapixel digital camera with Carl Zeiss optics and a 3.5 inch display. It is built on a new version of the Symbian software with photo uploading connections to social networks like Facebook and Twitter.

On Sept. 10, Nokia replaced its Finnish CEO Olli-Pekka Kallasvuo with Microsoft executive Stephen Elop, a Canadian, the first time the company appointed a non-Finn at its helm.

The choice of a North American executive to lead a Finnish company was seen as reflecting the increasing dominance of U.S. and Canadian companies in the evolution of the top end mobile phone business.

Apple Inc.'s iPhone has set the standard for today's smart phones, while Research In Motion Ltd.'s BlackBerrys are the favorite of the corporate set. More recently, Google Inc.'s Android software has emerged as the choice for phone makers that want to challenge the iPhone.

Pressure had been growing on the 57-year-old Kallasvuo, who had joined the company in 1982, as markets and consumers expected something fresh and new from a company that once had the innovative edge in the industry.

That did not happen in the four years that Kallasvuo was chief executive and he was also unsuccessful at tacking problems in the North American market - the company's worst performer - despite a pledge to make it a top priority when he was appointed CEO in 2006.

Although it is still the world leader in handset sales - with a 33 percent market share - Nokia has been slow to detect new trends, like folding clamshell models and touch screen handsets.

Nokia board chairman Jorma Ollila said Thursday that he expects Elop "to bring oxygen" to Nokia.

"He will bring new vitality activity to the company," Ollila said in an interview with Finnish broadcaster YLE. "The job is very demanding and there are big projects involved. He has excellent experience in the industry and as a manager of the kind of change now facing Nokia."

Nokia, based in Espoo near Helsinki, employs 130,000 people worldwide. 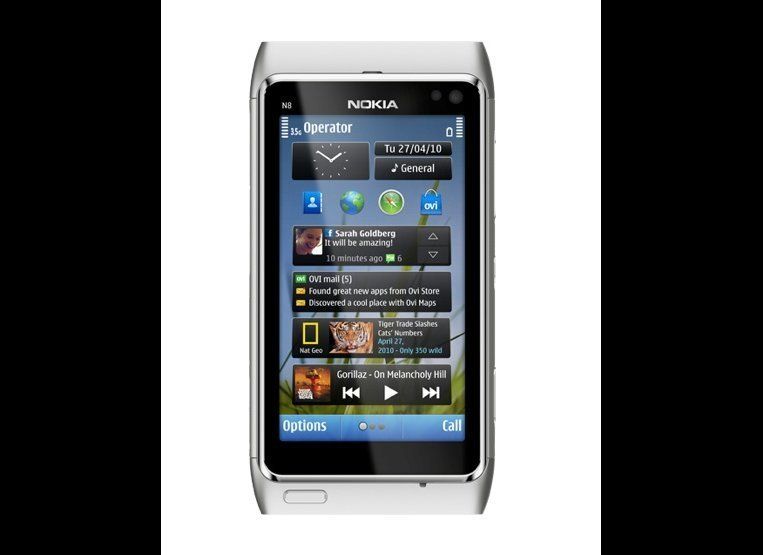