According to the Associated Press, the area experienced blizzard conditions on Tuesday night, with wind gusts up to 80 mph. Meteorologist Scott Berg at the National Weather Service's Fairbanks office told AP that they have heard reports of buildings losing roofs, and water hitting the base of buildings in Nome, Alaska.

The storm, one of the most powerful to hit western Alaska in almost 40 years, continued to batter the state on Wednesday.

Jeremy Zidek, a spokesman for the Alaska's emergency management agency, discussed Alaska's weather with AP, "People out there are used to extreme weather, but this is not a normal storm ... This is of a magnitude that can be a storm of record, extremely dangerous, and the state is treating it as such."

Berg said big low-pressure systems hit Alaska often, but this one is different because of the track it took and because ice hasn't formed yet to protect the shore.

"Because we don't have shore-fast ice this time of year, that's what's significant," he said. "Just hasn't got cold enough yet. We have open water generally until the first of December."

Brad Johnson writes for ThinkProgress about the broader implications of this Alaska storm. "Global warming intensified the destructive power of Hurricane Katrina along the Gulf Coast six years ago. Now Alaska is facing its own climate-change-linked superstorm."

Johnson cites The Weather Channel's Tim Ballisty, who writes about Alaska's storm, "The current lack of sea ice in the Bering Sea will allow this storm to maximize its impact. Ice typically acts as a natural barrier that mitigates the effects of destructive wave action and coastal flooding along the shoreline." Ballisty predicts the storm will "unleash its fury for the better part of Wednesday."

The last time forecasters saw something similar was in November 1974, when Nome also took the brunt of the storm. That surge measured more than 13 feet, pushing beach driftwood above the level of the previous storm of its type in 1913.

Officials are concerned for Alaska Natives in the 18 villages in the region.

The village of Point Hope, which sits on the tip of a peninsula with the Arctic Ocean on one side and the Bering Sea on the other, is seven to eight feet above sea level, Mayor Steve Oomittuk said. 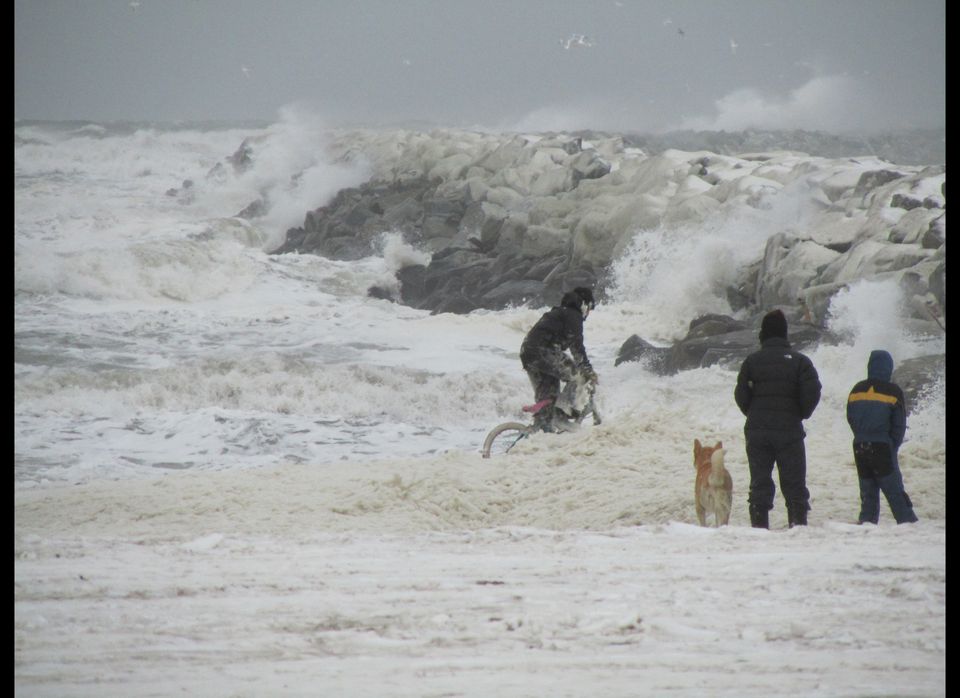