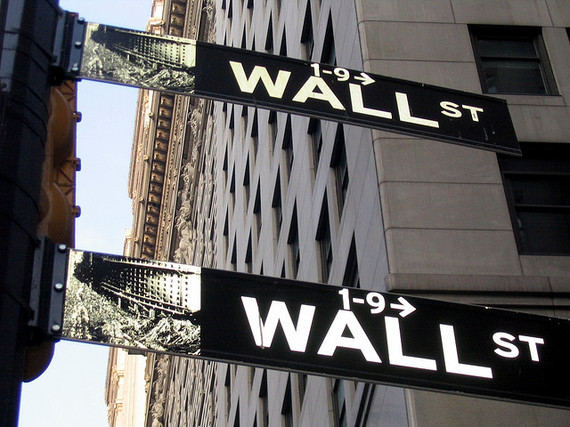 The current debate over a proposal by the U.S. Department of Labor, which would require advisors to act as fiduciaries to the retirement plans they serve, obscures an important issue. It's bad enough that stockbrokers are resisting any regulation obliging them to put the interests of their clients above their own; it's even worse that they fail to disclose this important fact, making it appear as if they are being held to a higher standard.

The real issue is the failure to disclose. It permeates the securities industry, enriching stockbrokers and the big brokerage firms that employ them while reducing the returns of their clients and harming their ability to meet their retirement goals.

Here are some key examples:

Disclosure of a lower duty to clients

As discussed in an article I wrote last month, stockbrokers are not fiduciaries to their clients. They are permitted to have undisclosed conflicts of interest and to resolve those conflicts in their favor, as long as the investments they recommend are "suitable."

Registered Investment Advisors must disclose all conflicts, resolve them in favor of their clients and act solely in their clients' best interest.

According to a report issued by the Office of the Comptroller of the City of New York, an "extensive study of investor financial literacy conducted by the SEC found that the average investor is unequipped to make an informed choice regarding investment advice and is largely unable to distinguish between the very different roles and legal protections offered by broker-dealers and investment advisers."

To remedy this confusion, the New York City Comptroller's report recommended this straightforward disclosure, which would have to be made by all non-fiduciaries:

"I am not a fiduciary. Therefore, I am not required to act in your best interests, and am allowed to recommend investments that may earn higher fees for me or my firm, even if those investments may not have the best combination of fees, risks, and expected returns for you."

The city's comptroller is not imposing a fiduciary standard on non-fiduciaries. He is simply requiring a disclosure of non-fiduciary status, and its consequences, so investors can make an informed decision.

The daily grist of many stockbrokers includes the recommendation of actively managed mutual funds. The managers of these funds attempt to beat the returns of a designated benchmark, like the S&P 500 index.

My colleague, Larry Swedroe, has done a fascinating series of articles in which he analyzed the returns of many prominent mutual fund families in an effort to determine how they performed. You can find a summary of his conclusions at the end of this article.

Based on this analysis, and many other studies, I believe stockbrokers should be required to make the following disclosure when recommending the purchase of actively managed funds:

A disclosure of this kind would simply inform investors of critical facts that might affect their decision. Stockbrokers, of course, would still be free to advocate for the purchase of actively managed funds.

The performance record of hedge funds is dismal. According to a recent article in the Financial Times, in "the seventeen years before 2013 investors would have been better off investing in U.S. Treasuries with essentially no risk rather than aggregate hedge funds." The same article notes significant underperformance since 2013.

I believe those recommending hedge funds for inclusion in the portfolios of individual investors or retirement plans should be required to make the following disclosure:

Investors who still want to invest in hedge funds would be free to do so, but at least they would be well-informed.

I believe any financial media outlet on which Mad Money host Jim Cramer appears should be required to make the following disclosure concerning his track record:

"Mr. Cramer's ability to select outperforming stocks is no better than what you might expect from random chance."

These proposals are modest. This information is critical to investors. The securities industry is the beneficiary of ignorance. It profits from it, while its clients suffer.

It's time to level the playing field.