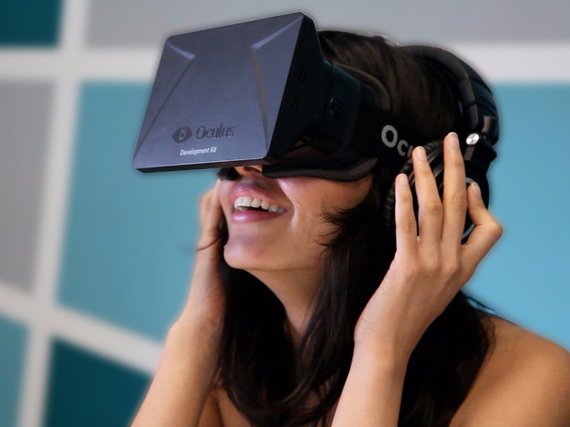 Ever since the release of the highly publicized Oculus Rift headset, the world is abuzz with a new frenzy for virtual reality gaming, as more and more people wish to take advantage of the new technology to create an immersive and exciting experience. However, the utilities of virtual reality go far beyond gaming, as this technology has proved its usefulness again and again in several fields including healthcare, entertainment, real estate and so forth. Here are the many ways virtual reality is being used in today's world beyond gaming and game design.

Wellness
VR has proved itself many a times in the field of healthcare, and is now widely used for visual imaging and therapeutic purposes. In surgery, doctors use visual imagery from CAT scans to construct 3D models of a patient's anatomy, which is in turn used to locate tumors, practice difficult surgeries and place incisions. Virtual Reality therapy is widely used to treat victims of brain damage and other neuro-psychological disorders to help them recover from trauma and learn how to interact and be rehabilitated for a normal life.

Entertainment
The uses of VR spread far beyond gaming in the realm of entertainment, where it is used to provide home users with high-end virtual reality theatrical experiences that allow them to relive the experience of watching a movie in a 3D theater from the comfort of their couch. Several companies have also been using VR to create virtual stadiums that allow you to immerse yourself in a three-dimensional sports experience right from your house, giving the effect of being able to watch a game right from the stadium itself.

Real Estate
Architectural Rendering company Real Space 3D has been using virtual reality technologies to construct 3D models of several of their buildings in order to give buyers a more immersive and interactive experience of observing a property from afar. It creates an attractive VR experience that helps entice potential customers into buying real estate property. This technology is gaining more and more popularity amongst property owners who wish to create unparalleled experiences for their clients.

Militia
This is not the first time video games have been used to help American soldiers train in the art of combat. Games like Call of Duty and Battlefield have, in the past, been recommended as a way to help rookies train in the art of combat by reliving the experience in a virtual platform. The introduction of Virtual Reality has only made it possible to create much more immersive military combat simulations that help soldiers from the army get an idea of what it is like before they set off on their first mission.

Legal
There has been a lot of talk about allowing the Oculus Rift technology into courtrooms as a means for letting the jury understand and evaluate the crime scene without the use of dulled, two-dimensional pictures of potential evidence. VR enables experts to fully recreate the crime scene on a virtual platform, allowing jurors to understand what may really have happened. Here is an article that might interest you.

These are just a few of the many industries that have found use for the latest technologies brought forth by virtual reality. Enabling us to construct immersive and realistic experiences that can help live out any event, VR has surely opened the gates to many more possibilities. What are your thoughts?