With 75 degree water temperatures, year-round surf and some of the most vibrant sea life in the world, it would be easy to never leave the ocean on a trip to Hawaii. But that would be a grave mistake, as some of the most beautiful and adventurous activities on the islands are inland. Here are six excursions you shouldn’t miss.


1. Maui: Upcountry
Unbeknownst to many, Maui has a bountiful farm country in the central part of the island. Known as the “upcountry,” the area sits at a high elevation nestled against the western-facing slope of the dormant Haleakala volcano. Ranches and farms abound, hosting lavender and pineapple fields, and perhaps most enticing, Maui’s only vineyard. A visit to Maui Winery is likely to be your first time tasting Pineapple wine and champagne. Visit Ulupalakua Ranch, first established in 1845, and Ali’I Kula Lavender Farm that grows 45 different varieties of the fragrant blossom. 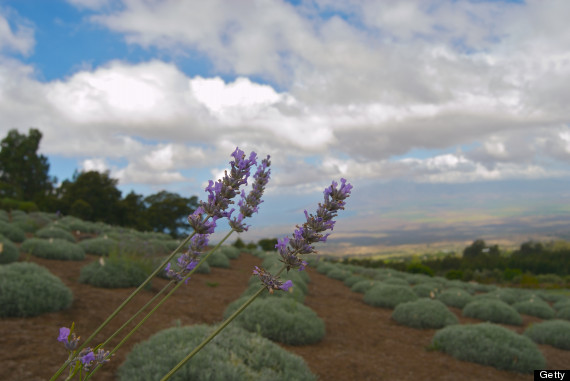 2. Hawaii Island: Puu Loa Petroglyph Trail
Immerse yourself in Hawaiian history by visiting the largest collection of petroglyphs (rock engravings) carved into the lava rock in Hawaii Volcanoes National Park. As much as 500 years old, the more than 23,000 petroglyphs were created to mark milestone events, such as the birth of a child (holes were carved into the rock and the baby’s umbilical cord was placed inside, ensuring a long and happy life). The lava that houses the geometric designs and human depictions dates back to AD 1250, but you can still see lava flowing from the summit of Kilauea inside the park. 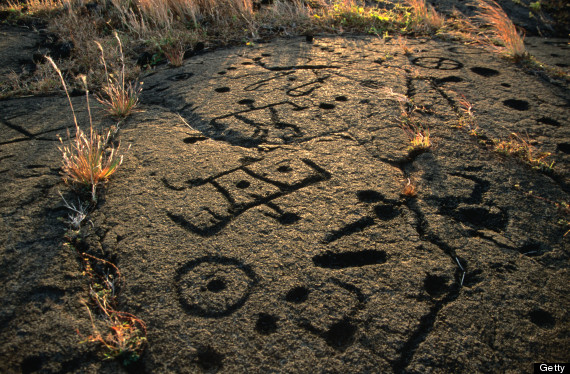 3. Oahu: Kualoa Ranch
Kualoa Ranch’s most common claim to fame is the long list of blockbuster movies and shows filmed on its land, most notably Jurassic Park and Lost. But Kualoa deserves recognition as being perhaps the most beautiful location on all of Oahu. King Kamehameha III sold a missionary doctor and close advisor 622 acres of land in 1850. The land was kept in the family and now spans 4,000 acres of preserved and incredibly verdant mountains and valleys. The Ka a awa Valley is surrounded on three sides by the dramatic Kualoa Mountains, into which are tucked WWII bunkers overlooking the calm blue waters of Oahu’s eastern side. You can tour Kualoa by bus or ATV, but we recommend experiencing its majestic beauty by horseback. 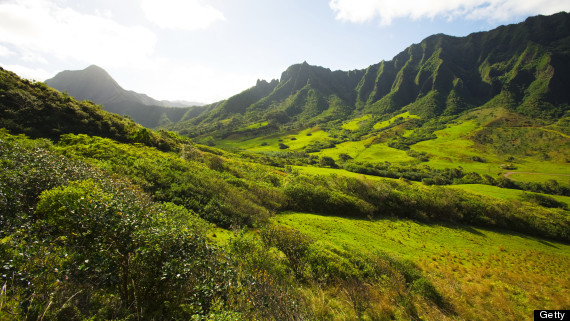 4. Kauai: Waimea Canyon
Kauai is known as the Garden Island, but one of its most gorgeous attractions is a dry, red rock, mile-wide chasm called Waimea Canyon. The canyon is 14 miles long and over 3600 feet deep, with Kauai’s longest river, Waimea, running through it. Go at sunset to bask in the red lava rock glow. 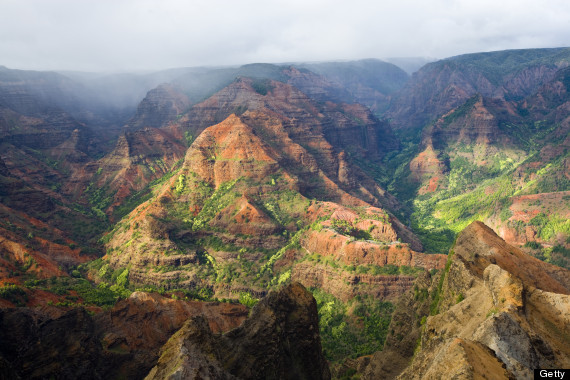 5. Molokai: Kamakou Preserve
Kamakou Preserve is a rainforest set on Molokai’s highest mountain. It is home to 219 plants that can’t be found anywhere else in the world. Maintained by The Nature Conservancy, Kamakou can only be accessed by four-wheel-drive vehicle and hiking tours only occur once a month, so plan ahead to visit what the Conservancy calls “a rainforest like no other.” 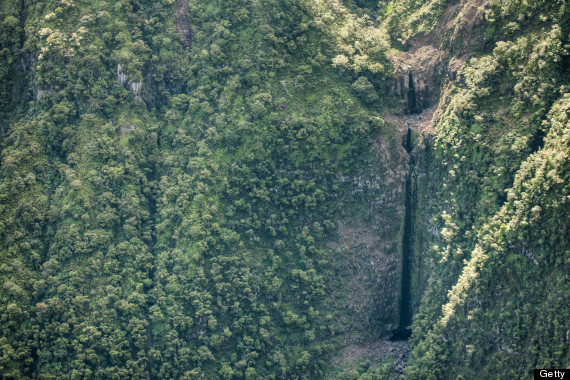 6. Lanai: Munro Trail
No matter what changes Larry Ellison makes to the island of which he now owns 98 percent, Lanaihale, the island’s highest peak, will remain the same. Hike, bike, or 4WD the 12.8-mile-long Munro Trail to reach the summit, and stop for views of five neighbor islands: Maui, Molokai, Kahoolawe, Hawaii's Island and Oahu. Thanks to the prevalence of ironwood, eucalyptus and pine trees, Munro Trail transports you to forests reminiscent of Northern California, before spitting you out at the 3,370-foot summit, where you can make no mistake -- you’re in Hawaii. 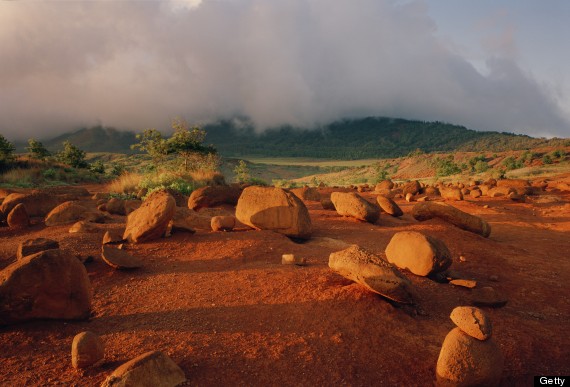