Given the widespread departure from the Church in all its varied expressions, it is a legitimate question. Add to this the reality that the Millennial generation has not only left the Church but does not seem to be returning and you have a recipe for disaster.

In the last few years, we have heard much about the "Nones." These are those persons the Pew Forum, as well as the press, labels as persons who no longer identify with any particular religion. They are the religiously unaffiliated. Some of them, perhaps even the majority of them, were formerly religious. And, many of them still regard themselves as spiritual persons who simply no longer identify with any religious denomination. My own experience is that many of them have just left organized religion. Their faith is still meaningful to them, however. A few of them identify as agnostics or even atheists. And even that number is rapidly growing.

Whatever the designation or description, however, "Nones" comprise mostly those formerly religious persons who are now religiously unaffiliated. Clearly, they are the fastest religious, non-religious group in America.

Further, among those adults under 30 (commonly referred to as the Millennials) the numbers of those departing the Church are even higher. Steadily growing as well. One in three Millennial, for example, has left the church. And, while historically many young adults raised in the Church leave for a period of time and then return, Millennials today are not returning.

What does this mean for the long-term survival of the Church? Well, whatever spin you'd like to put on it, I doubt will help. I think it spells virtual doom for the Church. The Church as we have know it anyway.

If the Church is Not Dying, What's Happening?

Oh sure, some think I'm overstating the case. And, admittedly, my own feeling is, the Church will still be around for a few, and maybe several, more decades. But one has only to look at how long it took to empty the churches in Europe to know that, here in America, it will take many years yet before the Church completely disappears.

In Europe, for example, had the government not stepped in and started providing tax support money to keep the churches open, they would have all closed for the most part by now. But anybody knows who has ever visited Europe, most of churches today are little more than tourist attractions. They are merely relics of a religious memory.

My own feeling is, the Church in America is headed for a similar destiny.

Of course, Church devotees wish to argue with me by pointing to the few churches - usually its the one they are attending - that seem to be growing.

"Our church is growing," they argue.

What these persons do not know, however, or wish to overlook, is that the growth they are experiencing is really just an illusion. The growth is coming from church-goers leaving dying churches and turning to the remaining few showing signs of life. It is transfer growth, therefore, not real organic growth. It's like saying you have garden fresh vegetables when, in reality, you have not grown your own garden, but taken the veggies from your neighbor's garden next door. This kind of growth, while it looks on the surface to be sustainable, is actually not sustainable.

Furthermore, the Millennial generation has been lost, too. And, they're not coming back.

A New Church May One Day Emerge, but the Present Church You Can Kiss Good-bye

There is now another development taking place inside what remains of the Church. It, too, is saddening news. The following Press Release, for example, points to this new reality, one that is equally alarming and devastating to the long-term survival of the Church:

The "DONES" are the Newest "NONES"

The Press Release, dated November 14, 2014, highlights some of the conclusions that came out of the recent "Future of the Church Summit" that was held last month in Colorado.

Some of the American Church's most faithful and active members are becoming the quickest to permanently walk out the doors, according to new research.

In a recent blog post, Thom Schultz, president of Colorado-based Group Publishing, examined a growing population he calls "the Dones", a group of once-dedicated church members who have decided to stop going to church.

"For the church, this phenomenon sets up a growing danger," said Schultz. "The very people on whom a church relies for lay leadership, service and financial support, are going away. And the problem is compounded by the fact that younger people in the next generation, the Millennials, are not lining up to refill the emptying pews."

Schultz based his conclusions on a study conducted by Josh Packard, a sociologist from the University of Northern Colorado. Packard presented a portion of his findings at the recent Future of the Church Summit.

Packard's research stems from a series of interviews conducted with former church members speaking about what caused them to leave. Complete findings are set to be released in the Packard's book 'Church Refugees', coming in 2015.

Packard said research uncovered many of the people involved in the study have not abandoned their faith, but will likely never return to church.

"The Dones are fatigued with the Sunday routine of plop, pray and pay. They want to play," Schultz said. "They want to participate. But they feel spurned at every turn."

Schultz added, according to the research, church leaders have little chance of getting "the Dones" to return to church. Instead, Schultz suggests focusing on not losing these people in the first place.

To read Schultz's full analysis of "the Dones" visit HolySoup.com.

For more information on the Future of the Church Summit or to register for the 2015 Summit visit futureofthechurch.com.

Questions about the Packard's research or the Future of the Church Summit may be directed to Becky Hodges at (970) 292-4245 or bhodges@group.com 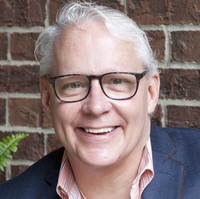 Dr. Steve McSwain is an author, speaker, counsel to non-profits, faith-based organizations and congregations, an interfaith advocate, and a spiritual teacher. Dr. McSwain is frequently heard to say, in the words of Mother Teresa, "I love all religions; but I'm in love with my own." His interfaith pendants are widely sought and worn all around the world by those who share in his vision of creating a more conscious, compassionate, and charitable world. Visit his website for more information or to book him for an inspirational talk on happiness, inner peace, interfaith spirituality, and charitable living (www.SteveMcSwain.com)