The end is not near for religion in America - or elsewhere in the world.

What analysts are trying to divine, however, is the mystery of why more people are indicating "none" when asked their religious affiliation.

Does the evidence fewer people are identifying with specific faith groups herald a long-term loss of religious beliefs?

The debate gained momentum this month with the release of a Pew Research Center survey finding a substantial increase in the number of Americans who do not claim a religious affiliation. A few days earlier, prominent Baylor University scholars addressed the issue in a symposium on "The End of Religion?"

Some reports trumpeted the Pew report as confirming a decline in religion in America, but the Baylor scholars said some context is in order.

Gallup World Polls show 81 percent of the global population belongs to one of the major organized faiths; about three-quarters of people in the world say religion is an important part of their daily lives, said Baylor sociologist Rodney Stark, co-director of the university's Institute for Studies of Religion.

The same may be said about the United States, scholars suggested.

"That's phenomenal," Melton said at the symposium. "You're living in one of the most religious countries that has ever existed on the face of the Earth."

Who are you calling a 'none'?

But the issue of what it means to be a "none" calls up all sorts of questions from defining the faith of individuals who do not immediately identify with an institution to methodological issues over how research can best capture the beliefs of respondents during a time of dramatic change in American culture.

A half a century ago, it was much more likely the average person could not only identify themselves as a Lutheran, but also say whether she was a member, for example, of a branch such as the Lutheran Church-Missouri Synod or the Lutheran Church in America.

Today, scholars note, many individuals are more likely to see their faith in personal terms. They categorize themselves in such categories as "spiritual but not religious" or being open to both new religious movements and multiple ties to faith communities. 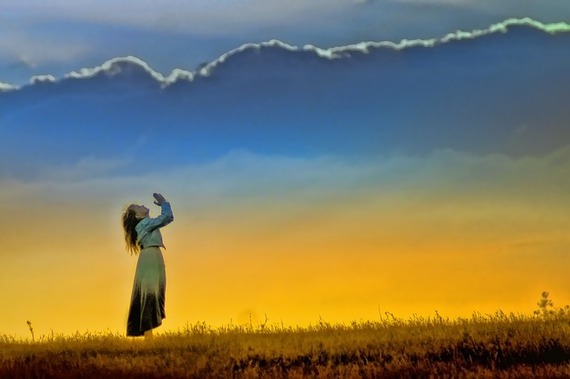 Six-hundred new denominations have been formed since 1965 alone, reported Melton, founder and director of the Institute for the Study of American Religion.

It is critical for researchers to ask follow-up questions to individuals who do not claim an affiliation in an initial broad question to accurately determine their beliefs and practices, said sociologist Byron Johnson, co-director of the Institute for the Study of Religion at Baylor.

For example, in the Baylor Religion Survey, 31 percent of people who said they did not know what religion they were provided the name of a congregation they attended, Johnson said.

"What's happening is we're inflating the numbers of 'nones' out there," Johnson said.

It is difficult to predict the future of religion in America.

Who would have thought the mainline Protestant denominations such as the United Methodist Church and the Episcopal Church, which once played such a defining role in American culture, would have experienced an historic free fall. Since the mid-1960s, these mainlines have lost millions of members even as the population expanded by more than 80 million.

Similarly, you might have expected atheism to grow in the past 10 years with the emergence of best-selling authors such as Richard Dawkins and Sam Harris and the development of a number of national and regional organizations.

But the percentage of U.S. atheists has remained around 4 percent for the past seven decades, Johnson noted.

There is a thoughtful debate in academic circles about these surveys indicating a growing group of Americans expressing no religious affiliation, and other indicators such as research suggesting declines in service attendance.

Does it all reveal a downturn in the role of religion in American life or does it reflect a reordering of beliefs and practices in younger generations?

What some observers find frustrating, however, is that thoughtful peer-reviewed articles in scientific journals reflecting incremental understanding on a complex subject tend to get lost amid heavily marketed and publicized data - often from a single question on a single survey - that get framed in apocalyptic terms.

The French philosopher Voltaire predicted religion would be extinct in the 19th century, and such predictions "still get all the press," Stark lamented.

There are winners and losers among religious groups, he noted, but there is little evidence America is experiencing the beginning of the end of religion.

"In our country, we love to push the panic button," he said. "We would say religion in America is stable."


David Briggs writes the Ahead of the Trend column for the Association of Religion Data Archives.