I know there are hoards of women out there who think otherwise and who take every opportunity to remind those not towing the party line that pregnancy is something blissful. But they are wrong. And yes, I'm a man telling pregnant women that they are wrong about how they feel.

The first trimester was strange and surreal. A sense of relief that the system actually works. A puffy-chested manly-manly feeling that "I did that!" A simple reality as we saw a first ultrasound, heard a heartbeat, and said goodbye to the neighborhood sushi restaurant. And every time my wife went to the bathroom I held my breath in anticipation of miscarriage. She did too.

In what felt like forever and no time at all we were at week 12, the end of the first trimester. Standing at the gates of a public declaration of procreation, or rather sitting at the Social Security office to change my wife's legal name (these things are always so banal), the phone rang. It was her OBGYN. The "NIPT" blood test results had come back to indicate that the fetus had tested positive for Monosomy X.

Monosomy X (also known as Turner Syndrome) is a chromosomal abnormality where a female fetus has only one complete X sex chromosome. It causes miscarriage in the majority of fetuses with the disorder, and those that make it to term can suffer from a wide variety of symptoms later in life. These include short stature, low-set ears, heart defects, infertility, scoliosis, hearing loss and many others. (Find out more here.) Choosing to terminate such a pregnancy is a common decision, and one that we were immediately confronted with.

Devastating news is a strange beast indeed. It warps time, contorts one innards, and distorts the senses. In a moment, the world is an alien and unknown place, its colors and smells unfamiliar and confusing: the dusty haze of the Social Security office, the buzzing of sound, and the smell of stale cigarettes emanating from the person sitting next to me.

We were told that there was a 99% likelihood that the results of the blood test were accurate, and that my wife needed a CVS test (chorionic villus sampling) to confirm these results. This test involves inserting a long needle in the uterus to remove placental material, which is then used to confirm the chromosomal makeup of the fetus. There is a short window of opportunity for a CVS test (usually between 10-12 weeks) and, similar to an amniocentesis, it carries a certain risk of miscarriage. Frantic calls were made, appointments were set, and we wound up the following day at the Prenatal Diagnosis Center at Cedars Sinai.

I find it hard to write about the week that this happened. Gut wrenching emotion, unrelenting and crippling as it was, is difficult to put into words. My wife and I, having gone through this together, share an emotional understanding that can be conveyed in a look (albeit a look we choose not to give each other very often). But how can one articulate such anguish to others? And why would you want to? In writing about a time of distress one either fails to convey it accurately, thereby missing the point of writing about it, or invites it back to take up residency. And I know I do not what to feel that way ever again.

However, I write because I found hope in reading what others had written: in the forums of people coping with similar bad news, and of the sliver of hope that the results would prove to be a false positive. Those were the stories I sought out, read over and over, and prayed for.

The test results of the CVS were to take 10-14 days to come in, and I knew neither my wife nor I could survive waiting that long. We opted to pay out of pocket for a FISH test (fluorescence in situ hybridization), which would give us preliminary results within a few days. Yes, this was expensive. No, I didn't care. All that mattered was knowing definitively what we were up against.

And so we waited. And waited. I drifted in and out of work. We went to many a bad movie. We sat in silence. We cried. We slept poorly. We ate poorly. And all the games we played as parents to be (Do you think she'll have your nose? What do you think of this name?) vanished from our repertoire. We were struck dumb.

That Friday morning, thick with grief, we got in the car to go see yet another movie. Not five minutes from our home, stopped at a traffic light next to our local gas station and a construction site (these things are always so banal) the phone rang. It was the genetic counselor at Cedars Sinai. The FISH results had come back and it was GOOD NEWS! The fetus was healthy. They found the missing chromosome, the missing X. The initial test was indeed a false positive.

We cried. We breathed. We called the few members of the immediate family that knew what we were dealing with to tell them that our nightmare was over. And then we went to the supermarket and stocked up on food.

What is relief? Knowing that everything will be ok? We still don't know that. We have many weeks to go before our daughter is born, hopefully healthy, and hopefully followed by years of worry. What has happened, rather, is that we have jettisoned any sliver of innocence we may have had. That tiny moment in time when everything is utter bliss, and before all the anxiety of parenthood sets in, is lost to us.

So we remain hopeful. And grateful. And eager to welcome our daughter into the fold to teach her a thing or two. And for now we accept our reality of subtle but incessant worry, we laugh at the painful gas, and we revel in not having a clue what's next. 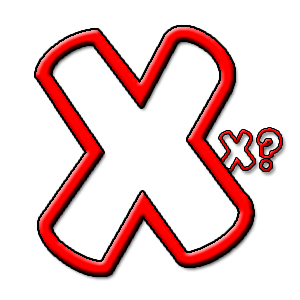