To that effect, a group in San Francisco called United Libations is looking to create California's first nonprofit bar, where all of the money generated by the operation will be donated to fund small scale charity projects in countries around the world.

"It's a pretty simple idea," explained founder Nishi Boppana in a video posted online describing the group's mission, "we all spend money at the bar, so let's direct that money to benefit awesome charities all around the world."

Their first partnership is with an organization called European Disaster Volunteers to sponsor English classes in Haiti, a country where education isn't free and many families are too poor to send their children to school.

In a post on social news site Reddit, Boppana explained that the bar guarantees 25 percent of all drink sales will go to charity--approximately what would typically go to the owner in profit--leaving the rest to cover expenses.

The group is holding an Indiegogo campaign to raise the $8,500 necessary to begin hosting pop-up fundraising events around the city. These events will hopefully allow the founders to eventually move into a permanent venue.

While United Libations would be the first nonprofit bar in California, it's not the first organization to mix booze and doing good into a charity cocktail. Other nonprofit bars like Portland's Public House and Houston's Okra Charity Saloon both opened earlier this year. There's even an operation just getting off the ground in Melbourne, Australia where money generated from each pint of beer sold will be put into a micro-loan in the brew's country of origin.

In Washington, D.C., supporters of Cause, which calls itself a "philanthropub," in the trendy U Street Corridor, said their business model is based on research that says young people give less to charity than their elders--busy with careers and maybe burdened by college debt--but are still willing to chip in under the right circumstances.

"Everything is competing for their attention, and this is another way for people to combine charitable giving with something they’re doing anyway," said Raj Ratwani, a cognitive psychologist and a founder of Cause, which opened last fall, describing the young professional the bar is aiming for. "They're going to find time to go out and drink no matter how busy they are." 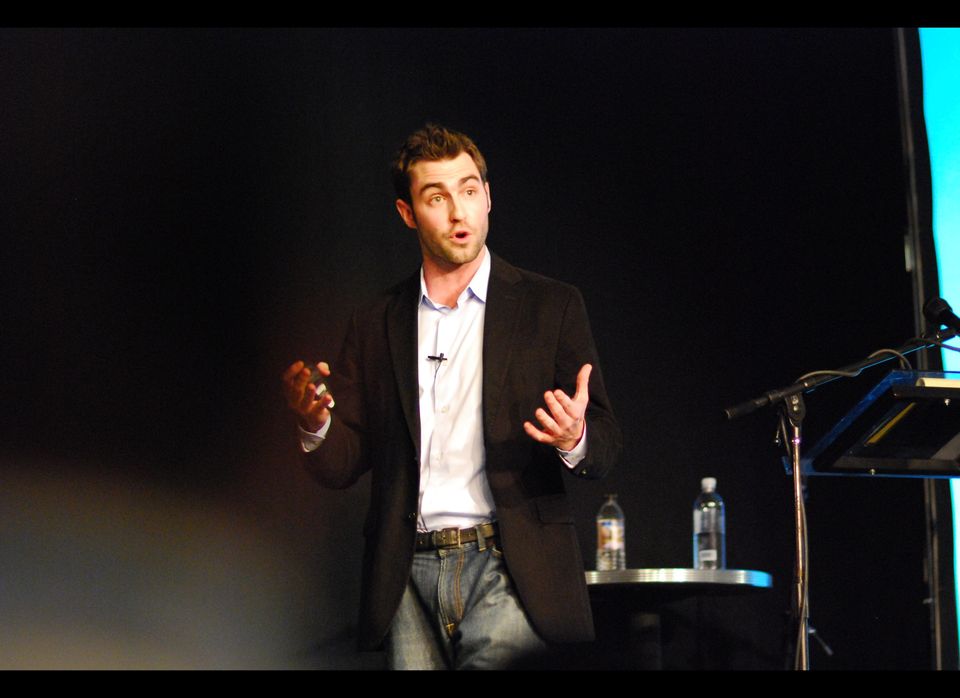 1 / 5
Ben Rattray
Ben Rattray is many things -- but complacent isn't one of them. The founder of <a href="http://www.change.org/" target="_hplink">Change.org and HuffPost blogger</a> started his online activism site to take action after his brother was bullied when he came out as gay. Now, <a href="https://www.huffpost.com/entry/ben-rattray-online-activism_n_1580471" target="_hplink">Rattray, one of TIME's 100 Most Influential People of 2012</a>, has seen his site create change across the globe -- from petitioning for Saudi women's right to drive to pushing for a moment of silence in London for slain Olympians.
<a href="http://www.flickr.com/" target="_blank">Flickr:</a> <a href="http://www.flickr.com/people/turoczy/" target="_blank"> turoczy</a>