Writing a book is usually a long, hair-pulling affair for the author. But in the end, only one name appears on the front of the book: their own.

What often gets lost in the process is the work of others, without whom writing a book would be even more trying. Editors, friends, family, and even public figures can all contribute to the success of a book.

Now, we've restricted our list to living things (but not necessarily humans!), but here are nine non-writers who helped shape the course of literary history. They should have at least been mentioned on the acknowledgments page.

Which literary influence is heaviest? Whom are we missing? Let us know! 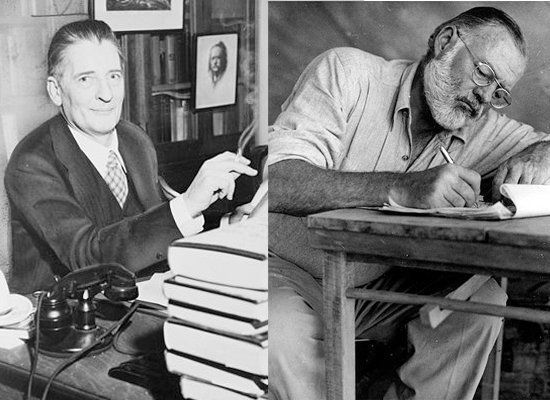 1 / 9
Maxwell Perkins
<strong>Influenced: Ernest Hemingway, F. Scott Fitzgerald, Thomas Wolfe</strong> Often called the most famous literary editor, Maxwell Perkins's resume speaks for itself. He was heavily involved in the development of the following: <em>The Great Gatsby</em>, <em>The Sun Also Rises</em>, <em>The Old Man And The Sea</em>, <em>Cry The Beloved Country</em>, <em>From Here To Eternity</em>, <em>Look Homeward, Angel</em>, and <em>Of Time And The River</em>. Perkins was a close friend of Fitzgerald's (to whom he loaned money) and Hemingway dedicated <em>The Old Man And The Sea</em> to him.