Legendary writer Nora Ephron would have turned 74 on May 19.

The author, screenwriter and director died in June 2012, leaving behind a wealth of beloved work, including "When Harry Met Sally," "Sleepless in Seattle" and multiple memoirs.

She also served as the editor-at-large of Huffington Post Divorce. It was a fitting title; the twice-divorced writer taught her fans virtually everything they needed to know about surviving heartbreak. Really, no one could express the intricacies of a broken heart quite like Ephron.

Below, 11 lessons Ephron taught us about heartbreak.

2. Life goes on -- and it's entirely possible to find love again. 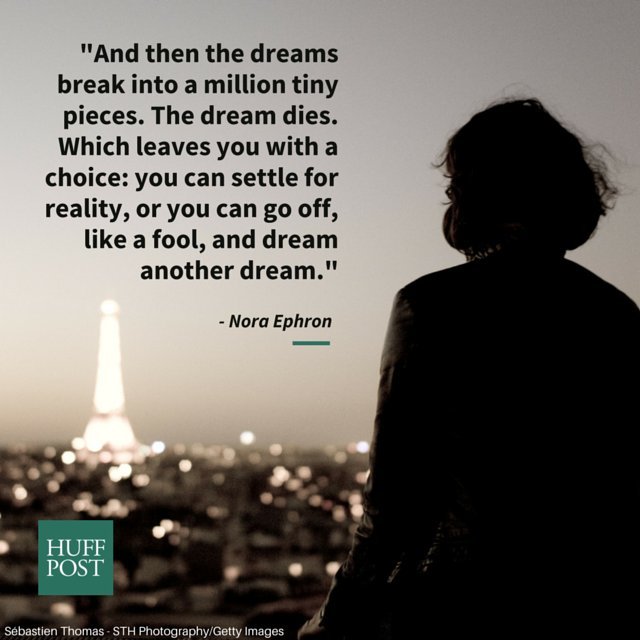 3. Hindsight is 20/20.
“I married him against all evidence. I married him believing that marriage doesn’t work, that love dies, that passion fades, and in so doing I became the kind of romantic only a cynic is truly capable of being.” --Heartburn 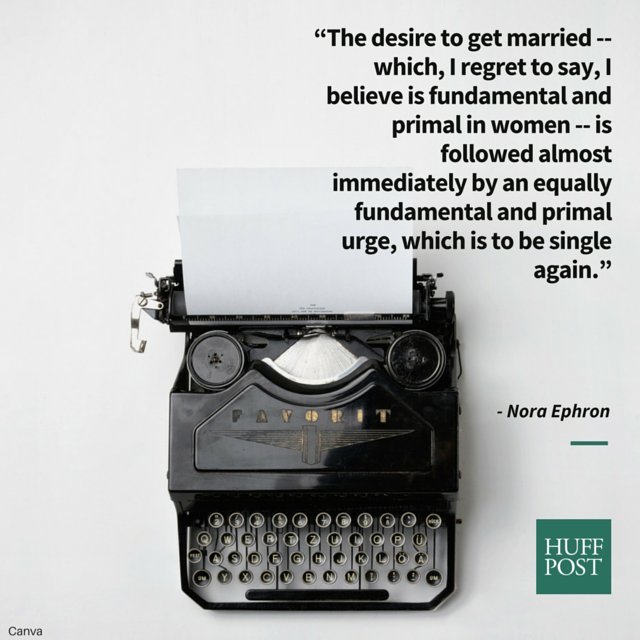 5. You never really know a person until you divorce him or her. 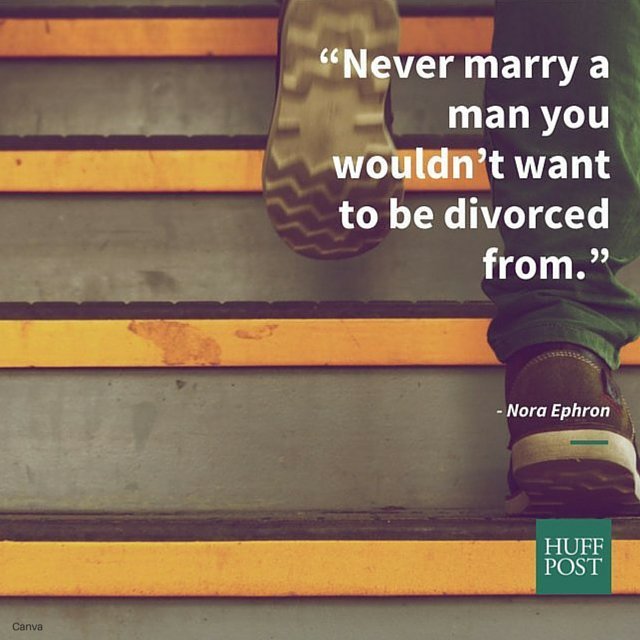 --I Feel Bad About My Neck

6. At some point, you just need to get over it.
“I was just with someone complaining about his mother. He's 70 and his mother is dead. I sat there thinking, 'This is unbelievable.' He was complaining about things she did to him when he was a kid. There are also a lot of divorced people who five years later are still walking around angry when they should be grateful. They love being victims. You get to a certain point in life where if you were younger you'd say, 'Think about getting a shrink.' Then you get older and want to say, 'Pull up your socks. Get over it.'” -- From an interview with The Wall Street Journal 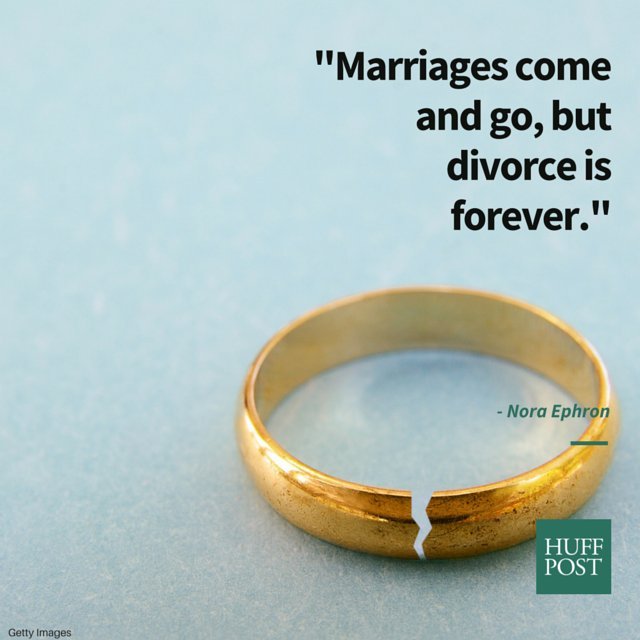 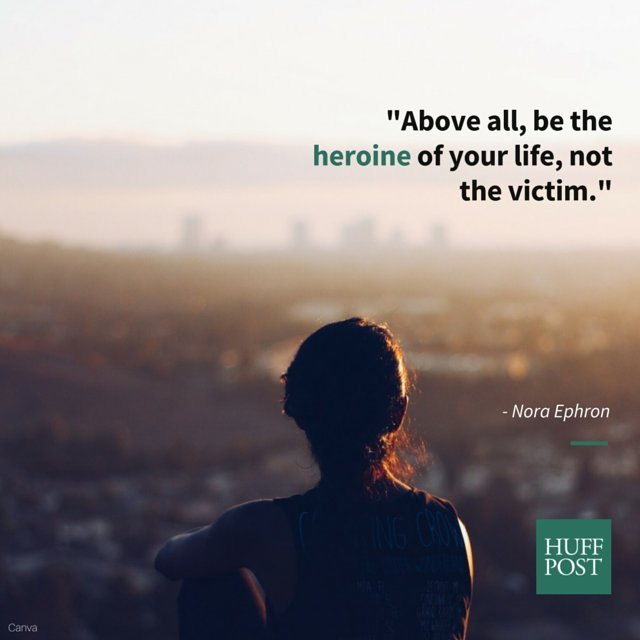 Quotes To Strengthen You During Divorce
More:
Inspiring Quotesdivorcebreakup quotesdivorce quotesNora Ephron
Newsletter Sign Up
A weekly guide to improving all of the relationships in your life
Subscribe to HuffPost’s relationships email
Successfully Subscribed!
Realness delivered to your inbox