TORONTO (Reuters) - Children eager to track Santa Claus on his annual yuletide journey to homes across the world can download a new mobile app from the North American Aerospace Defense Command (NORAD).

The new app for Windows 8, called NORAD Tracks Santa, is part of a 57-year-long holiday tradition at NORAD of tracking Santa. It will allow children to keep up with him on their mobile devices and joins similar apps for iOS, Android and web apps.

"Every December 24th since 1955 we have been telling children exactly where Santa is so that children all over the world can make sure that they're in bed on time so that Santa will deliver their presents," explained Stacey Knott, a deputy chief at NORAD, U.S.-Canadian military organization based in Colorado.

In addition to tracking Santa's location on Christmas Eve, the app also shows cameos from his route across major landmarks like the Eiffel Tower and the Great Wall of China. During the countdown to the big night, children can also use the apps to play games and watch videos.

NORAD's involvement dates back to a 1955 advertisement in a local Sears, Roebuck & Co department store asking children to call Santa directly. But the phone number in the ad contained a typo.

"Any call that came though on this line was typically the chairman, or the secretary of defense, or even the president," Knott said.

Colonel Harry Shoup was working that Christmas Eve when the first child called.

"This little tiny girl's voice said, ‘Is this Santa?'" Knott explained. " looked around because he thought someone was playing a joke on him, but then he talked to the girl's mom and realized what had happened."

Shoup instructed his staff to check the radar for signs of Santa and relayed the information to the children, and the tradition was born.

In addition to the free app which is available worldwide, children can visit www.noradsanta.org, call the hotline at 1-877-HI-NORAD, or email noradtrackssanta@outlook.com on Christmas Eve to get information on Santa's location. The website is available in eight languages, including English and French.

Knott said NORAD relies heavily on partners and volunteers to run the project.

"We have 1,200 volunteers who will come in and will tell people where Santa is located," she added.

So, how does Santa deliver all those gifts in one night?

"Number one, Santa flies faster than starlight," said Knott. "But we're not completely sure how he does it. It's a little bit of magic." 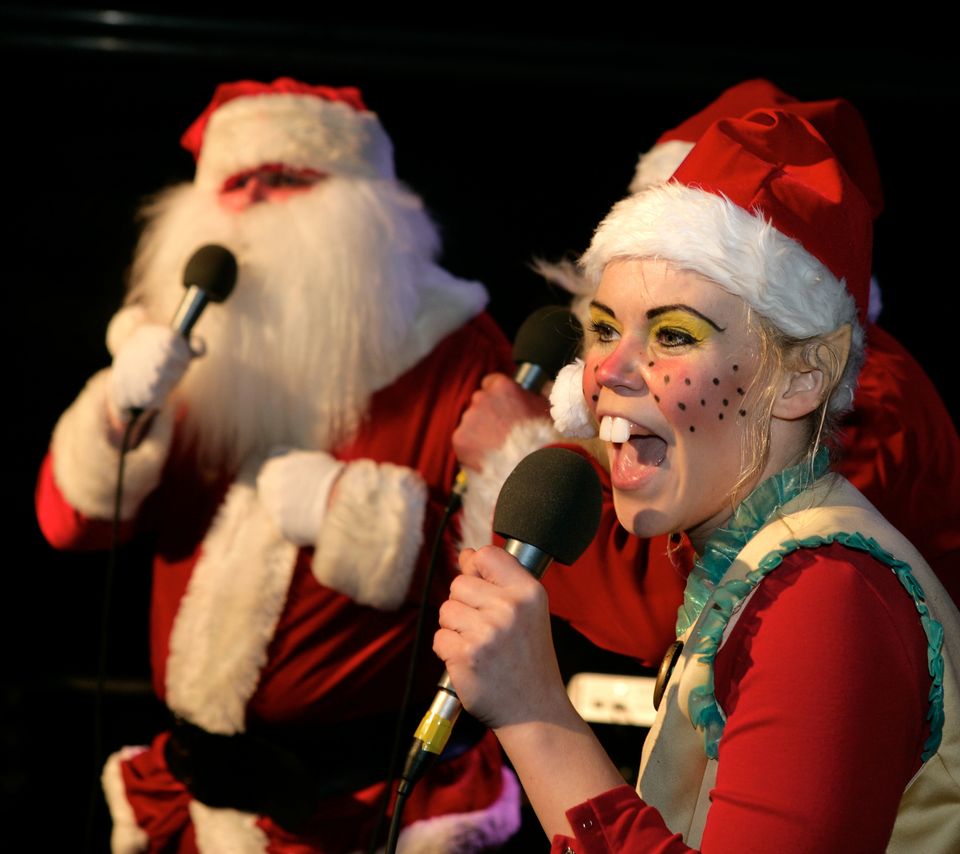 1 / 5
Santa's Elf
CareerCast may have named Santa as one of <a href="http://www.careercast.com/jobs-rated/best-worst-holiday-jobs-2012">the best holiday jobs of 2012</a>, but it's not so great being one of the underlings. As an elf, you get all of the humiliation of being Santa without the pay or love. Read more of the best and worst <a href="http://www.careercast.com/jobs-rated/best-worst-holiday-jobs-2012">holiday jobs at CareerNet</a>.
Alamy