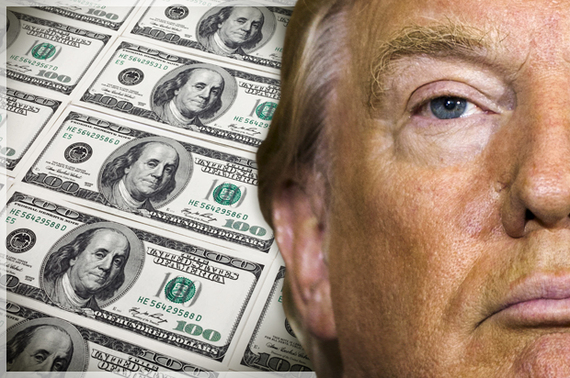 Donald Trump received an intelligence briefing early Wednesday morning and then apparently just 21 minutes later used the bully pulpit of his personal and then the official Twitter account of the U.S. presidency to slam the retailer Nordstrom over its decision to drop his daughter Ivanka's clothing line:

Furthermore, at his daily briefing, White House press secretary Sean Spicer referred to Nordstrom's decision as a "direct attack" on the president, adding "I think this was less about his family business and was an attack on his daughter."

An attack? Really? Is that what this is, or is it simply a decision by a private company to do what it deems is in its best interest? Is Nordstrom, or any company that does business with Ivanka, obligated to continue its relationship regardless of economic and/or public relations factors that arise, especially those driven by the Trumps themselves?

It's extremely hypocritical for Trump, who's spent the better part of his first three weeks in office issuing executive orders limiting government's influence on private enterprise, to stick his Pinocchio-nose in Nordstrom's business. This latest breach of his so-called conservative, small government principles is a blatant attempt to use the presidency to benefit the business interests of a member of his family. It's an unconscionable abuse of power. It also intensifies the concerns over his overall conflicts of interests and whether they are influencing his policies and affecting his ability to perform the duties for which he was elected.

Let's be crystal clear on one thing: despite the spin of Trump's surrogates, it doesn't matter if Nordstrom's decision was purely political. If the retailer decided that Trump's consistently egregious behavior has been bad for business on any level, be it economic or from a PR standpoint, it's within their right not to associate with Ivanka, who's wading in the same swamp as daddy. Nordstrom operates in a free and open marketplace, as do consumers, who've been boycotting various Trump businesses for the same reason. Seems the thin-skinned Trumps have made a bed in which they apparently have serious trouble sleeping.

Let's not feel too sorry for Ivanka. She's not a victim, and she certainly hasn't been "attacked." She's a very smart adult and entrepreneur. And she knows her father better than anyone. Trump's on track to be the most offensive, polarizing, unpopular president in history and Ivanka's hopped on that train with full throttle. She's moved her family to Washington, DC to be even closer to him and has taken an extremely intimate, active role in his controversial administration. She's done her cost/benefit analysis, and she's made her choice with eyes wide open. Just as it's the public's choice to shun her clothing line, and Nordstrom's choice to end their relationship with her over declining sales and/or political reasons.

Nordstrom's decision (and that of Neiman Marcus and others) sends a strong message to Trump that there are consequences to his sexist, racist rhetoric and admitted sexually abusive behavior. That there's a literal financial price to be paid which, to the Trumps, is the greatest price of all. He, Ivanka, Eric and Don Jr. may feel they have the inalienable right to do and say whatever they want to matter how outrageous, divisive and unAmerican, but these words and actions will continue to be judged within the standards and norms of a capitalist society. The Trumps will continue to be on the losing end of that battle.