By Michelle Nichols and Daniel Trotta

New York City Mayor Michael Bloomberg closed parks and beaches and temporarily halted outdoor construction ahead of the storm, which was pelting the Washington area with ice pellets on Wednesday and whipping up seas as high as 7.5 feet (2.3 meters) about 20 miles (30 km) off New York's JFK airport, AccuWeather reported.

Airlines canceled 770 flights into and out of the New York area, FlightAware.com said.

Thousands of people in the U.S. Northeast lost their homes and more than 621,000 homes and businesses remained without power due to Sandy, testing nerves ahead of the Nor'easter.

Forecasters said the nasty weather was headed for New York and New Jersey, which were struggling to recover after former hurricane Sandy killed at least 120 in the United States and Canada when it struck on Oct. 29 as a rare hybrid storm.

After Sandy killed 40 people in New York City, Bloomberg ordered evacuations of low-lying, hard-hit areas such as the Rockaways section of Queens and the south shore of Staten Island. Residents of at least two coastal New Jersey towns were also told to leave.

The Nor'easter threatened inland areas with powerful winds that could blow down trees and limbs weakened from Sandy, the National Weather Service said while forecasting a wintry mix of rain and snow from northern Maryland to central New England.

The Federal Emergency Management Agency said it was working with state and local authorities and was "ready to deploy additional resources if needed to respond to the Nor'easter."

Authorities hurried to clear tens of thousands of tons of debris from Sandy amid fears it could produce deadly projectiles.

"I'm really concerned these freak weather events are going to become a permanent feature in this new world of climate change," said Corey Birtles, 37, an analyst who lost power in his Manhattan apartment for four days after Sandy. "These events do seem to be more severe and more regular in recent times."

President Barack Obama won wide praise for the U.S. government's response to Sandy, which may have helped him win re-election Tuesday in a close race against Republican challenger Mitt Romney.

Bloomberg endorsed Obama for a second term after Sandy struck, citing his record on climate change. Regardless of whether climate change was to blame for a rise in severe weather events, it should compel leaders to act on the issue, the mayor said.

Sandy struck one week before the U.S. elections, leading New Jersey to take the uncommon step of allowing storm-displaced voters to cast ballots by email or fax, while New Yorkers were able to vote at any polling place by presenting an affidavit.

Bloomberg ordered the evacuation on Tuesday of more than 600 people from four healthcare centers in the ravaged Rockaways.

New York City's evacuations were designed to coincide with high tides when the storm surge would be highest and were not as widespread as the mandatory evacuations around the city before Sandy.

With overnight temperatures dropping to near freezing, the city said it would deliver 1,500 space heaters on Wednesday to elderly residents in the Rockaways who have power, but no heat.

Many gas stations still lacked electricity or gasoline, and motorists endured long lines at the stations that were open. Fuel rationing was in force in New Jersey, where some residents hired school children to stand in line with gas cans.

Authorities were due to reopen the Holland Tunnel linking Manhattan to New Jersey under the Hudson River, which will help alleviate massive traffic jams and overwhelming crowds on public transport systems that have yet to fully recover from Sandy. 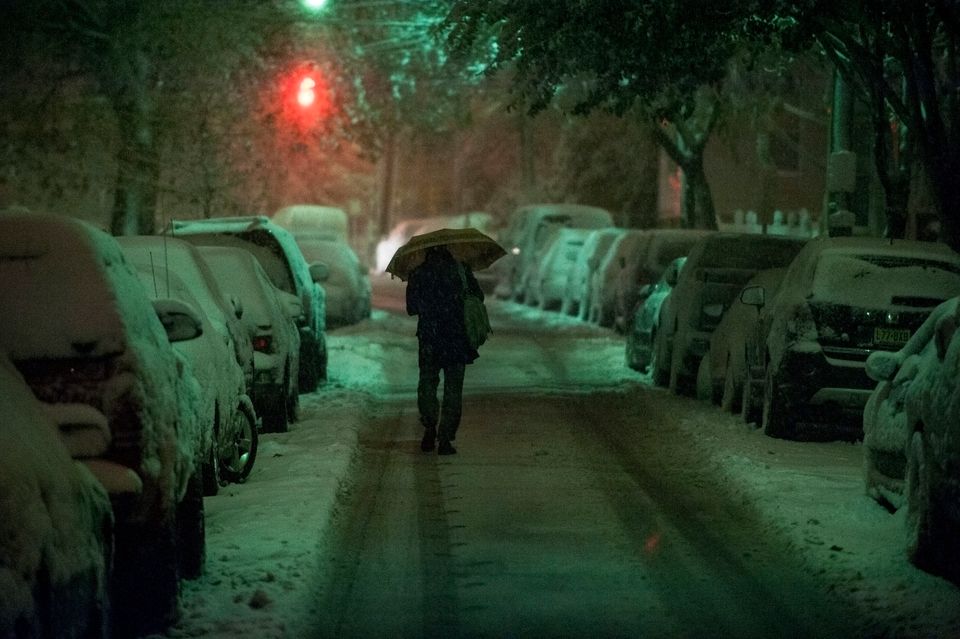