The following is an excerpt from Selected Letters of Norman Mailer. In this particular letter, Mailer writes fellow author Henry Miller, discussing everything from the temperaments of Hemingway and James to the art of criticism.

Dear Henry Miller (although you are one of the few people I want to call Mister),

Naturally I enjoyed getting your letter, and read your criticisms of what I had to say most carefully, and certainly enjoyed your praise—I hope you are as good a critic as you say I am—and just want to tell you that I hope you’ll enjoy the book. I don’t remember if I told you when I visited back last November in Pacific Palisades, but it’s being called Cosmic Demon, and it has about 500 pages of your writing with a large emphasis on The Rosy Crucifixion, and about 100 pages of critical writing by me, from which the Los Angeles Times took its excerpt. I had no intimation in advance that they were going to print it there, and so I was a little upset when I saw it just because they took out certain key paragraphs. That may have been one reason why some of the stuff was a little hard to follow. I had a couple of sustained metaphors, virtually paragraphs, which got into some obscene notions that I thought were fun. For instance, the way various authors would react if they walked into a room, took off their hat, and there was a pile of crap on their head. Henry James naturally was wiped out. Hemingway suffered more than he was willing to admit. Stendhal, I said, wouldn’t have been bothered much, and you would have danced at the possibilities this opened. A lot of the excerpt they printed depended on that image and would have made more sense without the deletion. Also a couple of other cuts did no good to the general notion. Anyway, the main thing for me is that you liked it. I’ve always had a secret vanity about myself as a critic. In fact, when I get down on myself as a novelist I sometimes suspect ruefully that my last career may prove unhappily to be as a critic, but I have to admit that I never came across anyone as hard to write about as yourself. The mercury in your talent, which gives so much pleasure on reading you, is difficult as hell for the critical mind. Just about the time one thinks one’s got something to say about you, you turn the page and realize you’re aware of the same thing the critic spotted; moreover, doing more with it than the critic can do. It was fascinating. I never felt as tentative in writing about anyone. Nonetheless I don’t think the result will be too unhappy, and it is my hope that a lot of people who think they read you years ago will begin to realize what they’re missing.

Anyway, I can pay you the simplest compliment of all: I wince when I think of my writing having to be laid down next to yours. People will be able to make the obvious comparison. They’re not only going to realize the old boy is great; they’re going to come face to face with the fact that the middle-aged fellow isn’t so terrific.

Please forgive me for tying the letter, my handwriting is next to illegible.

Best to you and yours,

PHOTO GALLERY
30 Books To Read Before You're 30 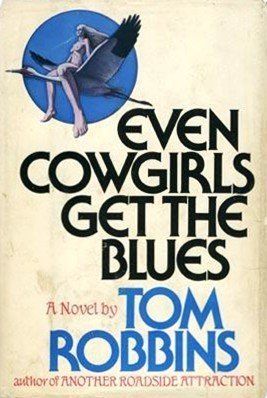