Meet Norman. He's a budding Hollywood star, and he's got mad skills on the scooter, skateboard and surfboard.

Oh yeah. He's also a dog. From surfing at the 2012 Rose Bowl to scooting and skateboarding around his neighborhood in South Carolina, Norman can do things that, well, your average American cannot. And now, he has a new trick -- riding a bike.

Norman's "mom," Karen Cobb, said the biggest challenges she faced were finding the right bike for her big boy and building up the muscles in his back legs, the Daily Mail reports.

And good balance isn't all he has. When Norm is not mastering physical feats, he's charming hearts with his stellar manners. This two-year-old pup shuts doors, wipes his feet when he comes in and wipes his beard off after he drinks!

He's a Briard, a French herding dog, and his first sport was riding a scooter, which gained him the nickname "Norman the Scooter Dog." You can see him as a puppy on his first day riding a scooter in a video in the slideshow below.

Norman is a regular on Animal Planet's "Who Let the Dogs Out?," a reality show about finding the world's most talented pups.

According to his official Facebook page, Norman hopes that his "scooter riding popularity" can raise awareness about the need to adopt rescue dogs and boycott puppy mills.

Click through videos of Norman's impressive skills and glam-shot photos of the star pooch: 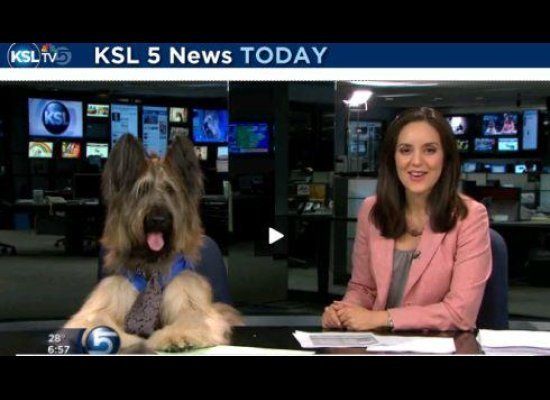