The term "normcore" has been sweeping the internet this past week, giving a name to a contemporary fashion trend marked by white sneakers, zip-up sweatshirts and pleated pants. New York Magazine's Fiona Duncan defined the trend as "self-aware, stylized blandness," introducing -- or reintroducing -- the world to a way of life popularized by Jerry Seinfeld and Larry David.

"Normcore is a desire to be blank," Monahan explains in the video above. "Fundamentally, the way that we thought about it at K-HOLE is that people used to be born into communities and were, sort of, thrust into the world and had to find their own individuality. And I think today, people are born individuals and are trying to find their communities."

As Monahan stated in an email to Huff Post Arts prior to the segment, "While the article described the term normcore as a style, we'd like to talk about how it applies as a trend and a meme."

In his opinion, the normcore style trend that New York Magazine wrote about is the New York version of this desire to be blank, grounded in the city's ongoing connection with "Seinfeld," the sitcom that's been heralded as the epitome of all things #normcore. Other pop culture icons that fit the mold: Louis C.K. and Steve Jobs, to name a few. But President Obama -- he's just a dad, Monahan speculated. 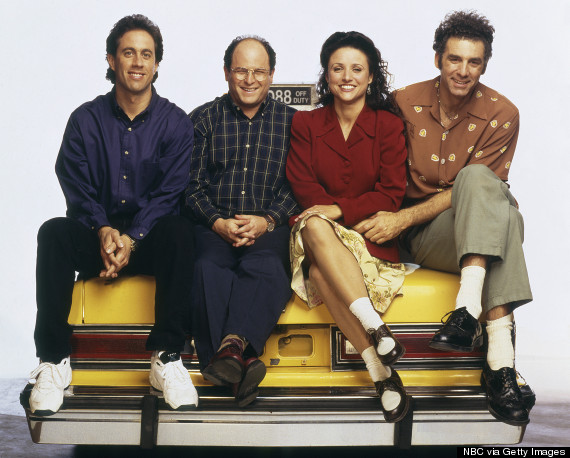 "At K-HOLE we think it's all about being situationally appropriate," Monahan extrapolated, when asked how one could spot a normcore offender on the streets. "It depends on who you are, what your scene is."

Essentially, concretely defining normcore is as difficult as articulating the term everyone's tired of hearing -- hipster. "You know it when you see it" seems to be the guiding principle for identifying the scene.

It's worth nothing that the seemingly dethroned label "hipster" has been used nauseatingly often to describe the habits and interests of those residing in the Brooklyn neighborhood of Williamsburg, while normcore has been associated with the throngs of SoHo in Manhattan. Is this the dawn of a new age?