From snow-capped mountains to arid deserts, and all the lush forests in between, Discovery Channel has a gorgeous new series premiering in 2013 that zooms in on some of the most exotic nature in the world -- and it's all in our own backyard.

We've got the exclusive first look at the trailer for "North America," the upcoming eight-part series produced for Discovery Channel by Wild Horizons Ltd., with team members from their other critically acclaimed nature series like "Planet Earth" and "Life." The project was five years in the making, and the footage is absolutely breathtaking.

Words like "unforgiving," "brutal" and "deadly" flash on screen over beautiful close-ups, shocking time-lapse shots and extreme weather images -- reminders that the crew braved all those elements for art's sake. But in our land of extremes, there's also some fascinating wildlife, including common horses and rabbits like we've never seen them, and more exotic creatures like jaguars, bison and spinner sharks.

If you've never seen a fox nosedive into a pile of deep, soft snow, leaving only his tail visible, wagging above ground, it's every bit as adorable and memorable as it sounds. 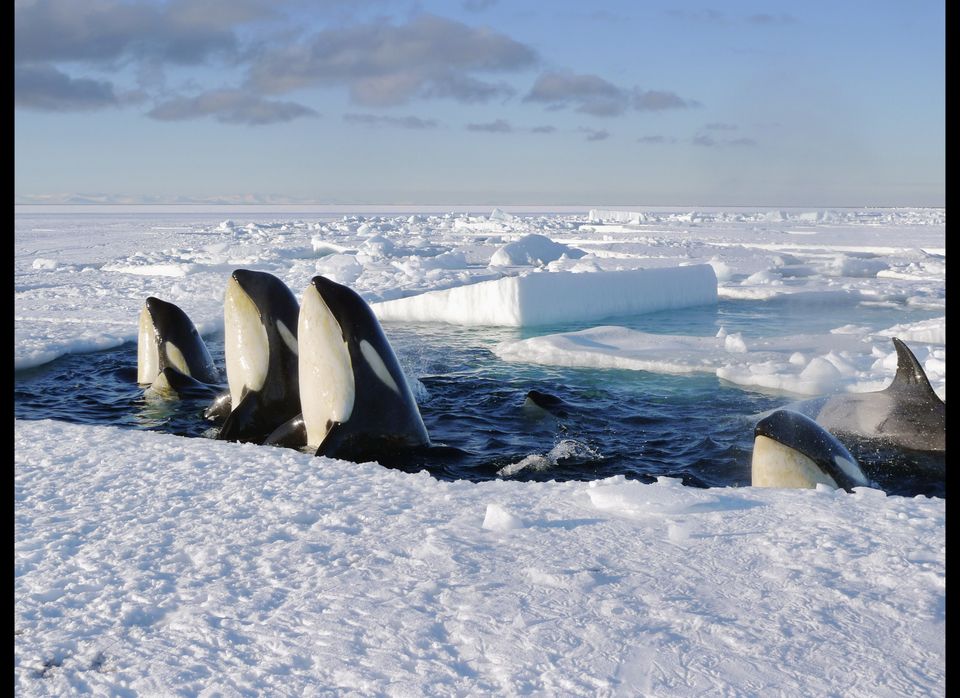 1 / 7
1. Killer Whales Like To "Wave Wash" Their Prey
Killer whales are the most dangerous predators of the sea, but what makes them truly unstoppable is the way in which they work together and use different tactics to get their food. One of those tactics is called "wave washing." The pod works together to make a wave that washes its prey -- in this case, a poor Weddell seal -- into the water. Once the seal is in the water, the orcas grab their prey by the tail in order to drown it. The wave wash tactic effectively kills 3 out of every 4 seals that they target.
Discovery